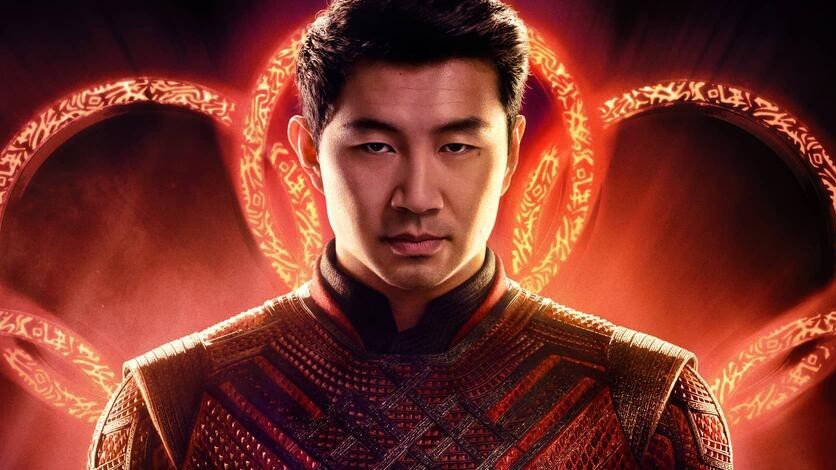 In the backdrop of an ancient Chinese siheyuan courtyard (四合院), Shang-Chi, covered with bruises and wounds, punches the wooden stake with his bare knuckles. The camera zooms into his eyes, which focus on the zig-zagged stake with steel-like determination. This scene marks the start of young Shang-Chi’s journey, which unfolds as he confronts his past and rejects the mystical darkness of the Ten-Ring Organization.

The recent release of Marvel’s “Shang-Chi” saw a whopping $422 million in box office revenues, launching the flick’s actors into stardom as the film became the first movie to earn over $400 million post-pandemic. Despite China’s refusal to show Shang-Chi, Western movie critics have lavished praise on the movie for incorporating Eastern culture in a Western movie franchise.

But although producers make a valiant, albeit slightly Hollywood-ized, effort to chase authenticity, they fumble in their efforts to portray some essential elements of Chinese tradition. In particular, Chinese kung fu master Li Tianhua believes they fall short in fully portraying the aged art of kung fu.

A key element of Shang-Chi is its thrilling action and martial arts scenes, which feature Chinese Kungfu and traditional ‘cold’ weapons used in battles, including swords, spears, bows, battle spades and whips.

One scene features the striking juxtaposition between ancient war horses and soldiers charging in traditional costume, and a bright, futuristic boxing ring where fighters duel to death. In its action scenes and setting alike, Shang-Chi attempts to fuse the East and the West.

But some have noted that these attempts are tepid. Portrayals of Chinese cultural tradition, ranging from the Qing Ming Festival to the occasional Mandarin conversation, still demonstrate a somewhat Americanized version of Chinese culture. In a piece for Time, Kat Moon describes her feeling that “the Mandarin narration that opened the movie or even the early references to customs specific to Chinese culture like eating zhou, or congee, for breakfast and tomb-sweeping on the annual Qingming Festival” did not connect with her Asian heritage on a profound level. Instead, Moon felt that Marvel strove to cater to its American viewer base’s conception of Chinese-ness, rather than chasing authenticity.

The exhilarating kung fu fighting scenes fall prey to this same reality. Shang-Chi’s duels, much like other martial arts movies, are choreographed and catered to the taste of action and adventure enthusiasts. While some scenes are successful at portraying the true art of kung fu, others are highly exaggerated.

“The opening scene with Shang-Chi’s father’s first encounter with his wife is well choreographed,” says Li Tianhua, the Kungfu Director of The Grandmaster, a 2013 martial arts film starring Tony Leung, who plays Shang-Chi’s father. “This is a typical film and television martials arts scene. The fighting effect and dubbing are artistically made with the use of wire-flying, and other filming techniques. [However], this is an exaggeration of the true form of Tai-Chi.”

In the film, young Shang-Chi trains by punching wooden stakes with bare, bloodied knuckles. Li, who has trained thousands of students in martial arts over two decades, says this is a commonplace way to build strength. The practice, mu ren zhuang (木人桩), belongs to one of the 72 Art Styles of Chinese martial arts. While mu ren zhuang is widely used nowadays, the practice style is considered xin wu shu (新武术), which translates to “new kung fu” and refers to a reformed version of kung fu promoted by China’s Ministry of Education.

So while scenes in Shang-Chi are true to present-day kung fu, they do not feature traditional martial arts moves that have permeated kung fu for thousands of years. The art is often re-imagined or exaggerated in kung fu movies. Shang-Chi is not perfect at portraying kung fu, but almost no film is.

Even Chinese-produced kung fu movies frequently suffer from a deficiency of authenticity.

“They don’t usually live up to my standard nowadays,” Li says. “First of all, what we see on screen is a limited variety of kung fu representation, depicting either the mythical Shaolin Temples or tai-chi kung fu (太极功夫).”

Li believes that the most successful kung fu movies feature actors who make an effort to learn true kung fu, calling this “crucial to the authenticity of any Kungfu movie.”

“My favorite movie of them all is Shaolin Temple（少林寺）featuring Jet Li,” Li says. “There were no special effects, no stunt doubles and certainly not the best safety measures back then in 1982. Getting bruises and wounds during filming was commonplace. But those actors back then stuck with it and the result was not only authentic but inspirational. Unfortunately, it feels like kung fu films nowadays are overspread with garish visual high-tech effects, doubles doing predictable moves, younger actors with next to no experience or passion for kung fu.”

Not all Hollywood movies featuring Asian culture have enjoyed the same praise that Shang-Chi has. The live-action version of Mulan, which Disney released in 2020, received backlash from critics who accused Disney of introducing historical inaccuracies into the original story. Moreover, many critics criticized the hollowness of Mulan’s kung fu scenes.

“Martial arts are a part of that (traditions that have shaped modern day Chinese society), but including them in “Mulan” and having her gracefully leap over a squadron of soldiers just because it looks cool risks undermining all the effort put into exhibiting cultural respect,” says Stanley Rosen, a professor at the University of Southern California who specializes in Chinese politics and film studies.

“One of the fundamental things that is wrong with the film is that Hollywood hasn’t learned [that] China doesn’t need Hollywood to tell Chinese stories. They’ve got their own films.”

“The duel battle scene between Mulan and Chen Honghui primarily employs the use of spears,” Li says. “The steel point at the front makes the spear one of the most deadly weapons. There are many models and applications of spears but the principle remains the same: the spear plunges at a single, pinpointed target. … [Despite this], Mulan and Chen fight using the spear more as a wooden stick (another kung fu weapon), insead of its original purpose of advancing and pinpointing.”

“When I was the kung fu choreographer of The Grandmaster, the Director Wong’s ultimate goal was to present traditional Chinese Kungfu, in all its glory, to the world,” Li says. “Yet it was still difficult to one hundred percent capture the essence of Chinese martial arts since actors’  kung fu skills still lacked what real kung fu possesses. It was an overall success but the box office also wasn’t as ideal in the Chinese market.”

While “The Grandmaster” was not a box office hit in China, it achieved high acclaim in the United States. Li says the movie made many modifications to cater to the taste of American audiences and eventually made box office revenues of around $65 million. Multiple scenes were cut short from the original 130-minute film when the film aired internationally. The international version “boasts explanatory intertitles, character identifiers, and a reference to Bruce Lee in the closing credits,” according to Variety.

Shang-Chi deserves credit for depicting Chinese martial arts culture — but kung fu experts like Li believe it lacks authenticity due to the over-commercialization of kung fu. Disregarding this commonplace movie snafu though, the movie depicts Shang-Chi and his journey to battle the true evil with an all Asian cast — a true marker of progress in Hollywood.