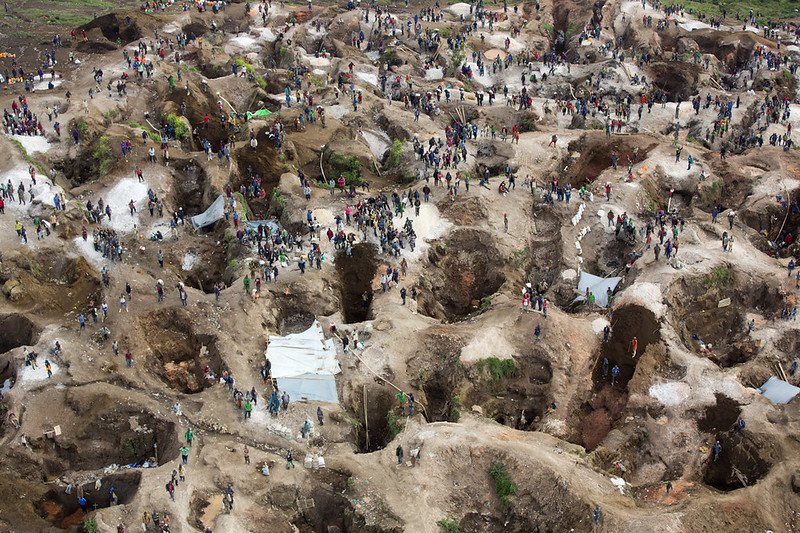 After winning the 2019 election, Democratic Republic of the Congo Pres. Félix Tshisekedi promised to use the country’s vast wealth of cobalt, copper and other minerals to develop the largely rural nation. However, his recent move to expel six Chinese mining firms has, to many, seemed to run counter to this trend. Congolese residents are split on this issue, with some fearing that Tshisekedi’s decision risks losing this important industry. As the DRC stands up to Chinese mining interests, it remains unclear what is next for the Congolese mining industry.

The DRC is the wealthiest country in the world in terms of untapped natural resources, having an estimated $24 trillion in unmined mineral deposits. Copper, diamonds and gold have long made up the bulk of mining in the DRC.

However, a new mineral has taken the spotlight: cobalt. Cobalt is one of the primary resources necessary for the production of lithium-ion batteries. With lithium-ion batteries being key power sources for everything from mobile phones to electric vehicles, demand for cobalt has skyrocketed in recent years. Because of this, the price of cobalt has increased by more than 59 percent since its low point in the second quarter of 2016.

The growth in demand for cobalt has fueled a rapid increase in the number of mines in the DRC, which has some of the world’s largest cobalt reserves. Since 2000, foreign investment in the DRC mining sector has skyrocketed, with Canadian, American and Chinese firms investing heavily in cobalt production.

To understand the quest for “blue gold” in the DRC, it is helpful to look at one case study: the Tenke Fungurume Mine.

Foreign Investment and the Tenke Fungurume Mine

The Tenke Fungurume Mine (TFM) is one of the largest mines in the DRC. The TFM produced over approximately $1.1 billion (177,956 tons) worth of copper and $560 million (16,098 tons) worth of cobalt in 2019. The mine covers over 1,500 square kilometers (580 square miles) and employs over 8,000 personnel. Currently, ownership of the mine is shared, with the Chinese mining firm China Molybdenum owning an 80 percent share and the Congolese state mining company Gécamines owning the remaining 20 percent.

This sale indicates a larger shift in the mining landscape of the DRC. Between 2000 and 2016, mining in the DRC was dominated by Western mining firms and artisanal mining. However, since 2016, Chinese mining firms, particularly China Molybdenum, have been buying up large stakes in existing mining operations and opening new ones. This recent behavior precipitated the reaction of DRC President Félix Tshisekedi, who retaliated against Chinese firms for the displacement of local artisanal mining operations.

Audrey Wong, Professor of Political Science and International Relations at the University of Southern California, studies Chinese statecraft and foreign policy. She views China’s compliance with the DRC’s mining policies as a shift in its economic foreign policy.

“Illicit economic activities that break the law, involve corruption, and also create additional problems such as environmental pollution have [sic.] often sparked dissatisfaction among local communities,” Wong says. “This means that instead of generating goodwill, poorly-conceived Chinese investments have in fact created more problems for China’s foreign policy and decreased its political capital.”

It ought to be acknowledged that artisanal mining is often fraught with problems. Due to its small-scale and often illegal nature, artisanal mining often produces poor working conditions and concerns about child labor. However, it represents an lifeline for many Congolese who would otherwise not have many other economic opportunities.

The exit of Freeport-McMoRan from the DRC signals a larger shift in the Congolese mining industry. Many American firms, which often bring expensive American labor to foreign job sites, are unable to compete with the prevalent artisanal mining operations. The decline of these American and other Western firms in the DRC has had two effects: first, it increased China’s presence in large-scale mining operations, as seen in the TFM. Secondly, it induced a larger-scale formalization of artisanal mining practices, often at Chinese mines.

Mining formalization refers to the transition of informal artisanal mining projects into formal ones. This process involves granting miners rights to mine on plots of land, providing them with safe equipment and mining practices, and regulating who can mine and when in order to prevent human rights concerns. While this process has been undertaken by various local and non-profit initiatives, it is increasingly being pursued by mining companies themselves.

In and around Kolwezi, a city often considered the heart of the DRC’s mining industry, China’s Zhejiang Huayou Cobalt and its subsidiary Congo Dongfang International Mining (CDM) have actively pursued artisanal mining formalization projects. These projects operate under the philosophy of: if you can’t beat them, join them. Since artisanal mining was already occurring at their mines, why not take advantage of China’s organizational leadership? This process has not only improved the profits of the mining companies, who don’t have to worry about their cobalt being stolen, but boosted employment by allowing more locals to take advantage of the economic opportunities that mining brings. However, these artisanal mining projects are looking more and more like the large-scale mining projects which have drawn the ire of Congolese officials.

Francois Gatimu, doctoral student of International Relations at the University of Southern California and native Kenyan, examines the role that infrastructure plays in investment in African countries. He doesn’t see much of a difference between the U.S. and China when it comes to investment in Congolese mining.

“China is working with the institutions that have been set up, but because of [the contentious] dynamic between the United States and China, it is getting more airtime than before,” Gatimu says.

This distinction between American and Chinese behavior while pursuing mining in the DRC is largely superficial. Rather,  DRC President Tshisekedi is merely standing up to the one-sided mining regime imposed on the DRC. The DRC’s actions are not a repudiation of China specifically. Rather, they are a repudiation of the extractive regimes placed on it.

The DRC has already implemented reforms to improve the mining practices of foreign firms. The newly revised Congolese Mining Code, passed in 2018, has pushed for the inclusion of environmental and community concerns when granting new mining permits. Incorporating locals in higher, more managerial positions has also been proposed to ensure that foreign mining companies are held to fair standards.

In a bid to improve its local image, China has shifted to a policy of giving local viewpoints more weight, presenting developing countries like the DRC “with an added opportunity to demand higher standards and more accountability in Chinese investment projects,” Wong states.