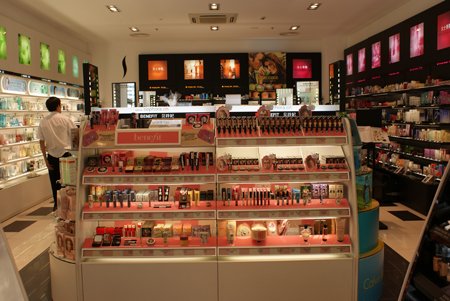 Beauty in the Eye of the Double-Lidded Beholder

As China grows and changes, ideas of beauty also do as well. Today, the increasing visibility of China has caused women to reassess their looks.

Beauty, so the saying goes, is in the eye of the beholder.

Whether that eye is single- or double-lidded, however, is another question.

Beauty often comes at a price, and Chinese women have more than paid their dues over the centuries. Many women, and especially the well-to-do, have long engaged in all sorts of plucking, tucking, hiding and other efforts in attempts to be more appealing. And today’s modern Chinese woman is no exception.

One of the most popular surgeries in China is blepharoplasty, in which the eyelid is lifted in order to give the appearance of a double lid typical of Caucasians. Despite the pain and cost of procedures such as this one, plastic surgery numbers are increasing. The Chinese government released statistics in 2005—the most recent year such numbers are available—showing an annual spending of more than US$2.4 billion on cosmetic surgery. The number has, in fact, increased annually since the Chinese government lifted its ban on plastic surgery in 2001 and contributed to a trend that significantly emphasizes beauty—both natural and not so natural—for the first time in decades. An estimated one million plastic surgery procedures are performed each year, according to government officials. Even in late 2005, the last year such data is available, Xinhua reported that China has one million plastic surgery clinics with approximately six million employees.

Many young women, however, believe the change is moving further and further away from what is natural to Chinese women.

“Nowadays, the representatives who go to participate [in beauty pageants] are getting more and more alike,” said Wang Yajun, a 23-year old student at the Chinese University of Hong Kong. In her parents’ day, she “found that there were so many different styles of beauty.”

Eyelid procedures, breast augmentation, cheekbone reformation and height-lengthening surgeries, some of the more popular surgeries, are similarly all a part of the rage to look more Western. An online Sina.com survey of 5,000 women found that the standards for Chinese beauty included an oval face, a height of 5-foot-4 to about 5-foot-6 (1.63 to 1.68m) and long and thick eyelashes, characteristics that are typically more Caucasian than Chinese.

While the emphasis on beauty never went away, standards and suppporting industries are new or have changed. The number of women clamoring for plastic surgery and so keenly interested in their looks is a far cry from just a decade ago, when beauty pageants, for the most part, were forbidden for over fifty years, labeled as demeaning to women and decadent. “Times have changed,” Mao once proclaimed. “Men and women are the same.”

After Beijing’s decision to begin officially participating in international beauty pageants in 2003, these contests have increased in number and diversity from Miss Artificial Beauty–for those who have had plastic surgery–to the Silver-Aged Beauty Contest for the elderly, to a “Miss Ugly” competition in which the winner was given $16,000 worth of plastic surgery in 12 operations. China’s decision to host the final rounds of the Miss World contest for four of the past five years has resulted in an increase of more than 80% in international tourism to the southern island of Hainan, where the event takes place.

The emphasis on appearance in China is creating a boom in plastic surgeries and cosmetic sales but has stimulated debate whether the social effects are detrimental to women. Even before China began hosting the Miss World pageant, newspapers advertisements seeking job applicants included “pleasant looking” and height requirements as desired qualities.

Others disagree, pointing out the 2005 winner of the popular Mongolian Cow Sour Yogurt Supergirl Concert as an example. 400 million—the largest television audience in Chinese history—voted for and then tuned in to watch Li Yuchun, a not particularly attractive tomboy, win the contest. Since then, a new program called My Hero! has become even more popular than Supergirl; good-looking men sang, strutted and answered questions on China’s most-watched reality television show last year.

“I think the [previous] generation didn’t care about makeup,” Zhou said. “At that time people were very poor, and buying makeup was based on economy and income.”

China is the largest and fastest-growing market in the international beauty and hair care market, with consumers spending more than US$5 billion last year. The growth of cosmetics sales has even exceeded the growth rate of the overall economy for 12 out of the past 14 years.

For example, Sephora, the cosmetic branch of LVMH (the commonly used acronym for “Louis Vuitton Moet Hennessy”), the world’s largest luxury goods retailer, opened its first Chinese branch in Shanghai in 2005, and was so successful it has since expanded into sixteen Chinese cities with 42 outlets. It formally entered the SAR late last September with its first store in Hong Kong and has plans for fifteen new stores on the island over the next five years.

The world is responding to China’s changing beauty perceptions as well. Zhang Ziyi, star of American-backed films Crouching Tiger, Hidden Dragon and the upcoming film Lost for Words with Hugh Grant, is one of the few Chinese actresses to have successfully made the jump across the Pacific to Hollywood. And Zhang Zilin, a 23-year old secretary and the PRC representative to the contest, won the Miss World title last December, the first Chinese woman to do so.

Zhang Zilin’s popularity within China and around the world has since skyrocketed, and her blog received more than one million hits after she won her title. In addition, after being featured on the cover of Newsweek, Zhang has become the face of Chinese beauty.

“To have a traditional way of Chinese looks being greatly accepted by foreigners is like diversity being accepted,” said Zhou Wei, a 22-year old female student at Fudan University. “Maybe [Zhang Zilin] can do more things to…work as a bridge to connect China and Western society.”

Wang said she and her friends watched the pageant and cheered on the Chinese candidate. About two billion people worldwide tuned in and saw Zhang’s triumph.

In comparison, American beauty pageant organizers and television executives have scrambled in the past decade to revive declining interest in the programs. Network television dropped the show from its line-up for the first time after ratings for the 2004 Miss America pageant, broadcast on ABC, were its worst ever, hitting an all-time low of 9.8 million viewers. Viewership for Miss America, in comparison, peaked at about 85 million in 1960. The program has since moved onto the CMT (Country Music Television) channel.

For now, Beijing is well aware of the global spotlight on everything Chinese and is trying to take advantage by highlighting its beautiful women. Even the official Chinese Olympic hostesses were selected with great care and attention.

More than 1,250 women, mostly ages 16 and 17, were trained at the Changping Vocational School on a variety of skills such as how to smile, stand, walk and present themselves. The women were taught to smile by holding a chopstick between their teeth and showing exactly six to eight teeth. Similarly, they were taught walking by carrying trays with a magazine and two bottles of water—at an exact 90-degree angle.

The amount of preparation and training the hostesses underwent compares to the amount of training athletes underwent themselves, said Jui-shan Chang, who specializes in Chinese social trends at the University of Melbourne.

“The Olympics hostesses are a collective image so they’re disciplined with high standards,” she said. “It’s consistent with athletes who are disciplined and highly trained. It’s a consistent package.”

Some scholars also point out that China is heavily pushing to present a good public relations campaign to the world at great lengths—and heights.

The selection process for flight attendants of the Chinese airline Southern Airways was even broadcast in a reality show. The program oversaw a six-month competition with thousands of young women who were all, following strict stipulations (such as height and age limits), fighting for only 180 spots.

“China sees the Olympics as a way to increase its soft or attractive power,” said Joseph Nye, who coined the term ‘soft power’ and is a former dean of the Kennedy School of Government. “Thus, it is trying to cultivate an attractive image with everything from shutting factories that affect air quality to training and grooming Olympics hostesses.”

“I think it’s more of a way of what you feel,” Zhou Wei, the Fudan University student, said. “I think it’s to make themselves feel confident. I think it’s a good thing as long as they are making their own decisions.

“I think wearing makeup and caring for appearance should be emphasized at the same time as enriching your soul and broadening your knowledge.”

Meanwhile, however, the door swings open at another plastic surgery hospital, ready to start another day.

Nancy Chen is a junior studying International Relations at the University of Southern California. She is a co-managing editor of US-China Today.