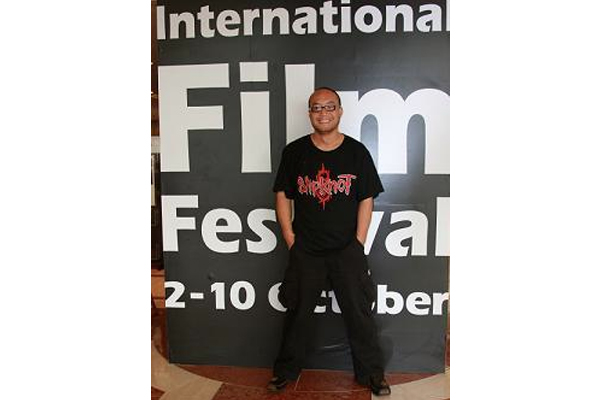 The Best Reporting on the Sichuan Earthquake You’ll Never See

“Who Killed Our Children” uncovers the real story behind the Sichuan earthquake’s man-made disasters. Director Pan Jianlian needs you to know it.

Pan Jianlin’s documentary about the earthquake that struck Sichuan province on May 12 made a quiet debut on a Sunday morning, at 10 a.m., the third day of this year’s Pusan International Film Festival.

With its not-so-great timing, and a grim title, Who Killed Our Children, Pan’s film was a blip on the festival calendar’s 315 films and 85 world premieres. And if you happened to miss the documentary in Korea, it’s possible you will not have an opportunity to see it again.

Though it’s some of the strongest reporting on the earthquake produced so far, it’s almost certain that it won’t be shown in China, except on the black market or in private screenings. After its two small Pusan screenings, so far, the film has no further festival dates to speak of. Who Killed Our Children never had permission to be screened in the first place.

Pan, a Beijing resident, gives a big smile and a little laugh when you ask him about operating without the official approval so many other Chinese filmmakers depend on. (The highly-anticipated feature All About Women pulled out of the festival when it could not get the nod from Chinese authorities in time.) Directors are required to seek permission to show their work abroad, and films are often cut to make sure China is shown in a good light. Filmmakers who do not get approval from the Film Bureau can be banned from working in China and heavily fined.

“My friends and family are worried,” he says with a shrug. But with a wave of his hand, he says emphatically, “Write whatever you want!”

Six days after the earthquake struck, Pan went to Muyu District in Qingchuan County, the site of one of the disaster’s biggest tragedies. The Muyu Middle School dormitory had collapsed and buried hundreds of young students who were napping inside. Parents were camped in tents, homeless and looking for answers. The premise of the film is as simple as its title.

Who Killed Our Children takes a systematic look at the details of the collapse of the Muyu Middle School dormitory, where even the number of children who died in the collapse is in dispute. Official numbers say 286 of the school’s 846 students died; many parents believe the number is actually closer to 500. It is a series of interviews, brilliantly edited, to tackle the questions surrounding the disaster one at a time from different points of view.

One interviewee calls the building “tofu construction”; others say students on the second floor were locked in by teachers during their rest time. Help came too slow and ill-equipped, say aggrieved parents. Families buried their children in the hills with their own hands, and government officials reburied the children in the middle of the night without notifying families. There is a lot of heartbreak in the film. Ultimately, it is a relentless investigation of how people and their societies attempt to cope with unimaginable tragedy.

Pan tackles these difficult issues in a remarkably dispassionate way. He is trained as a lawyer, but has made several documentaries and feature films, including Feast of Villains which also showed at Pusan. In Who Killed Our Children, there are no voice-overs, no dramatic music or overdone text, no fancy graphics — just the unfolding of events. Do not expect easy answers or sweeping condemnations here.

“I just gave the people [in Muyu] to the audience directly,” Pan explains. Aside from the frightening aftershocks, it was a “very easy” film to make.

This is not to say that the film is not critical. Where state-media’s optimistic coverage leaves off, Pan’s reporting just gets started. Around Asia, China was praised for its openness after the earthquake hit, especially in the wake of the Myanmar government’s ruthless clampdown on information after Cyclone Nargis killed about 150,000 people the week before. The Sichuan earthquake took close to 80,000 lives, according to official numbers, but the Chinese government immediately allowed information out and foreign aid in. Who Killed Our Children raises doubts about how information gets out after a disaster, however.

The most striking example is a scene showing CCTV‘s limited reporting. Officials opened a temporary school in Muyu district soon after the collapse of the dormitory. CCTV cameras captured children singing nationalistic songs with their new desks and school supplies. They turn off the cameras when parents show up, angry that their grief was being ignored for the sake of a positive story.

Although only a few official media outlets were officially allowed to report on earthquake devastation at first, other media were not kicked out of devastated areas. Pan stayed in tents, like the locals, and parents were eager to talk. Local officials wanted media attention so that their neighborhoods would get help. In 10 days, before being kicked out by soldiers, Pan filmed people on the ground — parents who were eager to find out the truth, teachers who narrated their experiences and students whose classmates and siblings were lost. Almost all government officials refused to speak but several school officials, a relief coordinator and an education official did go on camera.

A natural disaster on the scale of the Sichuan earthquake would be a difficult situation for any government to handle. Pan is confident in Beijing’s strides. “If there wasn’t progress, we could not sit here and discuss the problems,” he says.

He returned to Muyu District several times. On his third trip, he was detained in a police station. “Officials don’t like independent filmmakers,” he explains. He stayed two days and two nights for refusing to give up his tapes. Finally, after being sure the tapes were safely copied, he gave the police his footage.

It wasn’t so bad, he says. The officers were friendly and gave him good food to eat. He also used the time to write a new script called “Natural Disturbance.” It’s about being jailed.

Angilee Shah is a freelance writer recently returned from a year-long teaching fellowship in Singapore. She served as Managing Editor of AsiaMedia from 2004 to 2007.