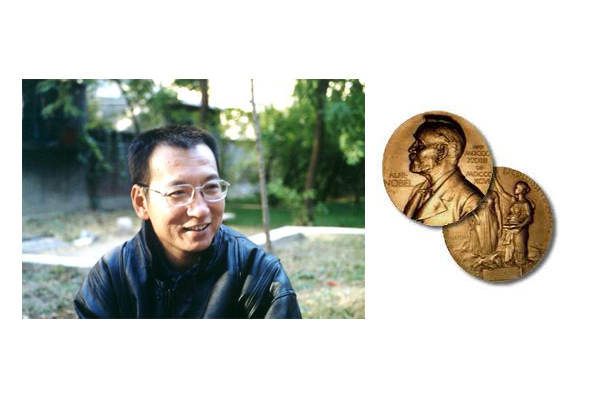 Serving an eleven-year sentence for subversion, the scholar-activist was recognized for his long and non-violent struggle for human rights.

The Norwegian Nobel Committee has awarded imprisoned Chinese dissident Liu Xiaobo the 2010 Nobel Peace Prize. In its official statement, the committee said Liu earned the honor through his long-time dedication and struggle for fundamental human rights in China. In addition, the committee argued China violated its own laws in sending Liu to jail. The committee said, “Article 35 of China’s constitution lays down that ‘Citizens of the People’s Republic of China enjoy freedom of speech, of the press, of assembly, of association, of procession and of demonstration.’ In practice, these freedoms have proved to be distinctly curtailed for China’s citizens.”

The Chinese government has condemned the award. According to China Daily, Chinese Ministry Spokesman Ma Zhaoxu said that Liu is a criminal, appropriately sentenced for violating Chinese law. “What he has done is contrary to the purpose of the Nobel Peace Prize,” said Ma. “The Nobel Peace Prize should be awarded to people who contribute to national harmony, country-to-country friendship, advancing disarmament, and convening and propagandizing peace conferences.”

Liu, who has been imprisoned previously, is currently in jail for being the principal author of “Charter 08,” an open letter posted on the Internet which called for the government to protect human rights and implement far-reaching political reforms. It was signed by over 300 supporters. Here is an excerpt, translated from Chinese by Perry Link:

In 1998 the Chinese government signed two important international human rights conventions; in 2004 it amended its constitution to include the phrase “respect and protect human rights”; and this year, 2008, it has promised to promote a “national human rights action plan.” Unfortunately most of this political progress has extended no further than the paper on which it is written. The political reality, which is plain for anyone to see, is that China has many laws but no rule of law; it has a constitution but no constitutional government. The ruling elite continues to cling to its authoritarian power and fights off any move toward political change.

The December 2008 “Charter 08” initiative was timed to coincide with the 60th anniversary of the Universal Declaration of Human Rights. Liu was quickly detained and formally arrested in June 2009. He was subsequently sentenced in December 2009 to eleven years in prison. Rejecting Liu’s free speech defense, the Beijing court determined that Liu was “a major criminal and should be punished,” as well as “inciting the overthrow of our country’s people’s democratic dictatorship system and the socialist system.”

In response to Liu’s sentence, the U.S. government voiced its support and called for his immediate release. “Mr. Liu has already spent a year in detention while Chinese authorities carried out the investigation of his case. As we have expressed repeatedly, we call on the Government of China to release him immediately and to respect the rights of all Chinese citizens to peacefully express their political views,” reads the official statement released by the U.S. Department of State.

Chinese dissident and author Yu Jie, who is a close friend of Liu’s, came to speak at the University of Southern California one day before Liu’s Nobel Peace Prize was announced. Yu Jie was speaking about his book, China’s Best Actor: Wen Jiabao. When asked about the possibility of his friend and fellow dissident winning the Nobel prize, Yu replied, “It doesn’t matter whether Liu Xiaobo wins the Nobel Peace Prize or not. The most important thing is that more and more Chinese citizens will follow him as an example to live, to think, and to write.”

Yu also added, “From my personal experience, you can see that the freedom is speech is gained through our own fights. If I surrender to the threats of the police and give up my publication, I think they will continue to give more pressure, and will not allow the publication in Hong Kong or Taiwan.”

Some in China are celebrating Liu’s award. Some are angry, believing it to be part of a Western determination to hold China back, criticize its human rights record, and ignore its achievements. However, most won’t hear anything about it due to government censorship, and many of those who do hear about the award will be baffled since the main news sites will be cleansed of the news.