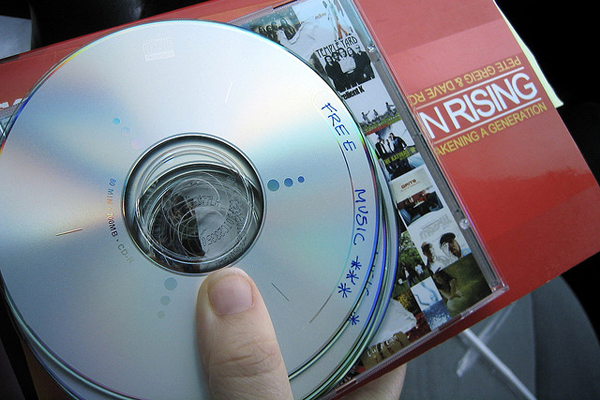 Online Music: An Outlet for Innovation or Piracy?

China has long been a paradise for movie and music fans. Nowadays, often what one can get from a website does not depend on how much money one is willing to spend but rather on one’s computer memory and Internet connection speed.

“The music market has been evolving,” says Ivan Chan, the operations manager for Universal Music Group, which is responsible for the company’s digital music development in the Southeast Asia. From vinyl records to cassettes to CDs, and now digital music, the technology has changed so dramatically that it is no longer common to listen to music on CDs or tapes. Finding music online, through legal or illegal means, has become the norm.

“People genuinely think you don’t need to pay for music,” says Pete Yeung, content marketing executive of MOOV, a Hong Kong music download company.  “Music is always free now.” With the increase in entertainment choices and new technologies, Yeung says music is now no longer the main source of entertainment but is rather something with minimal economic value. “The gesture of buying an album,” he says, sighing, “is only to show support to your idols or music that you love.”

MOOV—set up in 2006 by Hong Kong telecommunications giant PCCW—and Taiwan-based KKBOX—which set up a Hong Kong branch in 2007—are the two most prominent legal music subscription sites in Hong Kong. Their models are inspired by that of iTunes: subscribers can pay a monthly fee or can purchase track by track. However, both companies are struggling, since pirated music can be downloaded at little or no cost, especially from sites in China.

“We always say that for HK$49 a month, less than the cost for a single, you can now access MOOV’s entire library—over 200,000 audios and videos, without any limits. Why do we have so few users?” asks Yeung in frustration.

Universal’s Ivan Chan illustrates record labels’ loss of dominance in the industry by comparing music sales in Hong Kong with those in Japan. With tight regulations and a high level of integrity among users, the price of a regular album in Japan has actually increased over the past decade, from about HK$80-90 (US$10) to around HK$200 (US$25). In Hong Kong, where piracy remains rampant, prices have not significantly changed. “Because of piracy, we can’t increase the price,” he complains.

As online piracy has become more widespread, prominent figures within the entertainment industry have been speaking out. “I sincerely hope that Hongkongers would stop illegal downloads” said Hong Kong pop icon Eason Chan. He and other prominent stars have participated in anti-piracy events. 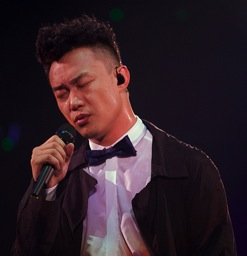 Universal’s Ivan Chan singled out China as a center of piracy. “Products are made in China, not created in China,” he declared. China, with its huge market and weak regulation, has become a breeding ground for piracy. Mainland users now oftentimes do not know whether or not the music they are consuming is from legitimate sources.

However, the Chinese government appears more concerned about censoring content than curbing piracy. “Products for Mainland have to be modified, from their name to their content,” said Ivan Chan.

Anger about piracy is growing in China. On March 15, World Consumer Rights Day, 50 Chinese writers started a campaign against search engine Baidu’s copyright infringement. The China Audio-Video Association (CAVA) also issued a declaration. “Physical albums have already been non-profit making,” said CAVA spokesman Hsu Xianfeng.  “If the digital ones suffer the same fate, musicians will not survive,” added Hsu. The association says it is planning to take legal action. “Negotiation and discussion are no longer a way out,” said Hsu.

Despite the complaints, some believe this digital new age to be an opportunity, not a problem.

“I don’t see the difference between what people do now [Internet downloads] and in the past when people record music from the radio to cassette and get the music in much lower standards. Maybe just more widespread,” say Ah P from the Hong Kong Indie band My Little Airport. The band started in 2004, never signed with a label, and started its own YouTube channel in 2006.

“I like music, but I never chasing this dream in a ‘traditional’ way,” says Ah P. He started his two-man band with his partner Nicole and a simple guitar. After making two albums, they began exploring the Internet as a medium with which to distribute their music. “I am not the kind of guy for popular music, for starter, I listen to Indie music,” he added.

Unlike record companies fighting illegal downloads, Ah P actually uploaded his own music to YouTube before releasing his albums. Ah P thinks this is a fair trade—popular music costs much more to produce, but also reaches a wider audience. For him, production costs are minimal. “The only difficulty on the Net,” he jokes, “is that it cannot ensure anything. You may have zero hit rates.”

The Internet provides a new platform on which Indie bands can publish, advertise, and generate revenue from their work. Ah P believes that posting music online helps it go viral.  The music is of low quality, and posting it is a marketing strategy to act as a bait to attract people to make legitimate purchases. Now, even mainstream singers are starting to be aware of the need for online promotion; teasers, production clips and full-length music videos are increasingly being uploaded to free channels and social communities to attract attention.

“The question now is how to utilize these platforms and behaviors produced by pirating for promotion and for branding,” says Yeung. “We have to admit that music alone cannot make money anymore. So we need to think of many other ways, chasing after world’s digital trends in order to survive.”

“The relationship between privacy and online music is actually like a chicken and egg situation,” Yeung says, arguing that because of the prevalence of privacy, record companies find it impossible to survive by only selling physical albums. “Subscription sites were one of the solutions to fight privacy. We must continue. We do have value in the industry. We did bring revenue for singers and companies,” said Yeung.

It is unlikely that piracy will stop. Musicians and other music-related entertainment businesses are being repeatedly compelled to find new ways to attract netizens and get them to pay, rather than download illegally. The challenge for the music industry is and will be to find its footing in this new environment.

Natalie Ma, Maria Li, and Patrick Lau are students in the Journalism Program at the Chinese University of Hong Kong.