By Rachel WillFebruary 2, 2012 No Comments

US-China Today sits down with Sasha Gong, author of The Cultural Revolution Cookbook, to discuss her inspiration for the book and Chinese food culture during the Mao years. 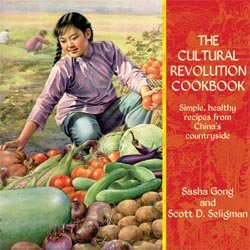 At age nine, Sasha Gong and her family were forced to leave their home in Guangzhou for a small farming village in Hunan province as part of Mao’s re-education through labor campaigns during the Cultural Revolution. While the scarcity of those years is rarely associated with the tradition and grand rituals of China’s food culture, Gong found solace in the way food brought people together during even the most difficult of times. In her new book, The Cultural Revolution Cookbook, Gong and co-author Scott Seligman explore the history of the Cultural Revolution and the food that united communities and maintained Chinese culture.

What inspired you to write The Cultural Revolution Cookbook?

My friend and writing partner, Scott Seligman, and I have other projects we write, websites and things like that. Sometimes after a few hours of working together, we would take a break and I would cook. One day he made a comment and said, “Wow, your cooking is really different from the Chinese restaurants here and is different from the banquet food I had in Beijing.” He spent something like 11 years in China, Taiwan and Hong Kong so he knows Asian food quite well. I told him I actually learned my cooking in the Cultural Revolution and shared some personal stories. He said why don’t we write a Cultural Revolution cookbook, and in the beginning of course I said, “you’re crazy! I don’t want to do that! You’re talking about writing a cookbook in the years of hunger.” And then I thought perhaps it could be a very good way to tell Americans about [China’s] history, about China’s future, about what happened during the Cultural Revolution. A part of history most Americans don’t really know well.

What are your memories of the Cultural Revolution and what was the significance of food to you during this time?

Those were the years of scarcity and when [the Cultural Revolution] related to food, the first thing I think of is hunger. We were constantly hungry, so what we learned is to make good of whatever we could get our hands on and cook well, at least. We learned to do that, young people like me. My memory-related food is also a memory of tradition being carried out, and when you think of that time the government was very oppressive so if you have three or four people gathered together you might be accused of gathering a counter-revolutionary or anti-government group, but people gathered over food. It’s very important for our social life. Whatever food we had, since we didn’t have much, food became a very important means of social life. We carried out the tradition of family and friendship [through food].

What was the process of writing the book? 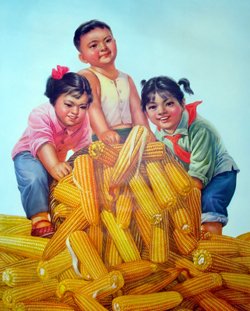 [Scott and I] would cook and eat together, at some point when we were finishing our book, we had all of our neighbors over and we cooked for three days. We cooked 75 dishes and we actually published 60. The pictures in the cookbooks [are designed] to look nice and our food is absolutely natural. We ate all the food after the photos were taken of them.

How different are your recipes from modern Chinese dishes?

Well [my recipes are] home cooking. More home cooking than restaurant cooking or fancy food. We aim more at the American audience because with most Chinese audiences you have to go to Chinese grocery store and find these [obscure] ingredients, and in our cookbook we made sure that you can find everything at an American supermarket. No fancy stuff, I just made sure that the cooking is not fancy or difficult, it’s just easy and I want people to enjoy cooking.

[Unlike in China] we do not deep fry most of the dishes. We would not use prepared sauces like many restaurants would use. In my tradition of cooking you put a lot of effort into improvising. Mostly when you know what goes with what, and you know how to cook, you put something good together and it tastes good. It’s hard for me to describe because I always cook in Chinese! But basically the principle is that it should not take people more than an hour to prepare dinner, even if the dinner is a banquet.

Food plays a very prominent role in Chinese tradition, almost a ritualistic process. Was any of that present during the Cultural Revolution?

Oh yes, especially the Cantonese! They’re obsessed. The ways we carry our tradition is sometimes by cooking. A lot of time cooking is a part of life and you enjoy it, and people’s tastes are very objective. At family get-togethers, the older generation teaches the younger generation. Under any dictatorship denying people food is a very major means of political control. Food rationing, the government controlling all the resources, you can’t do this and you can’t do that. Part of it is that communism totally screws up the economy, but another part is when people can control what they can cook, eat and create, then people are freer.

We have a story in our book in 1956, after the Soviet Union took control of Eastern Europe, Europeans, especially the Hungarian people, put up a great resistance. In 1953-1956 before the Hungarian Revolution, a Soviet leader went to Hungary and made a speech, “Don’t be so scared of communism, what is really communism? Communism is you have gulash every day.” Which is kind of funny right? The funny part is that when the speech went to China, it gave the Chinese translators a real headache because no one knew how to translate gulash! So they translated that into beef and potato stew. When that speech went to Chairman Mao’s staff, Mao was really mad. He said, “That is no version of communism. This is revisionism!” And that actually started the final Soviet debate. It’s a very good example to show how communism tried to deny people food and deny a major way for them to enjoy life. To control what their life purpose is, to control, “Hey you work for communism now and [are] not enjoying life.” So it’s a very major thing. And if you talk to anyone under a dictatorship, they say the same thing.

What has been the reception to your book regarding its somewhat controversial origins?

I don’t think it’s controversial at all! I mean the origin of the book is telling how people lived during communism. It tells people how to celebrate the creativity of the Chinese people, and that under the worst dictatorship, not only did we survive, we blossomed. Some people who never even look at the book, they ask the same question. I always say read the book, read the story and I’m quite sure that it will educate people.

In your view, how has the food culture or tradition changed as China modernizes? 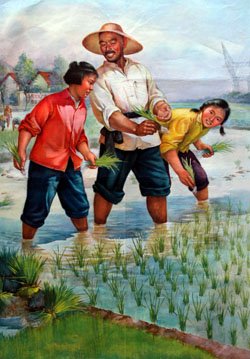 It has changed so much! Now in China, I can’t say food is totally 100% abandoned, but let me put it this way: People are not exactly starving as badly as the way I grew up. With that change, people’s view of food and the way people enjoy food has also changed. There is some research I read, that usually when the income of the nation rises [such as] per capita income, the food consumption will go down. In some Asian countries, especially Hong Kong, it remained the same and it says a lot about that culture. [laughs] The way I grew up is that I started cooking with my grandma. We Cantonese are quite obsessed with cooking. If you look at most people, they don’t understand why communism denied people enjoying life. In China, with the way I grew up, if you worked in the factory and talked about food too much you were criticised and had very severe punishment. Most people don’t understand. Why would you deny people enjoying life? If people enjoy life, they will support you more, but a dictatorship denies people enjoying life because when people enjoy life so much it makes them harder to control.

How has living in the United States changed your relationship with food?

Well, a lot. And in the future I want to write a book on fusion cooking. I came here and was like [all of this food] is available! Back then in China not a lot of dairy products were available. When you go to a Chinese restaurant here you might find a cream cheese wonton, sounds quite silly but it’s delicious! When I grew up the ration of cooking oil was 250 grams a month. Well whenever you cooked you thought, “oh gee you can’t use too much oil!” Now [in the United States] I still think we can’t use too much oil but for health reasons, it’s a very different feeling. I want to cook healthy and I actually found a lot of tricks I learned during the Cultural Revolution are still useful now. We learned to cook with little provision. If you use a little ginger to season the wok, you need less oil.

What is your favorite recipe in the book?

Well I love eating so I have a lot of favorite recipes! But basically meat, all kinds of meat. I grew up with very little meat and rationed meat so I love meat! Let’s say duck. Perhaps duck when I grew up. We have stories that peasants were not allowed to own a duck. Peasants were not allowed to own farm animals [larger] than chickens most of the time. You own a duck and the government campaigns tried to suppress privately owned duck! Now I look at it and we’re no longer in this stage of hunger and it sounds very fascinating to me.

For an excerpt from the book and Gong’s Honey Braised Duck recipe, click here

Where is your favorite place to eat Chinese food in America?

This is one trick the Chinese restaurants do, they have different menus for foreigners and Chinese. A lot of Chinese cuisines are unpronounceable and drives people crazy but that’s just the nature of the business. There are a lot of places I like and it’s difficult for me to pinpoint. Northern Virginia has a very large Chinese immigrant population, the entire Washington suburban area has a large Chinese immigrant group. When you have people who appreciate good food you get good food, but my favorite is Full Kee, it’s a Cantonese restaurant, I really love it.