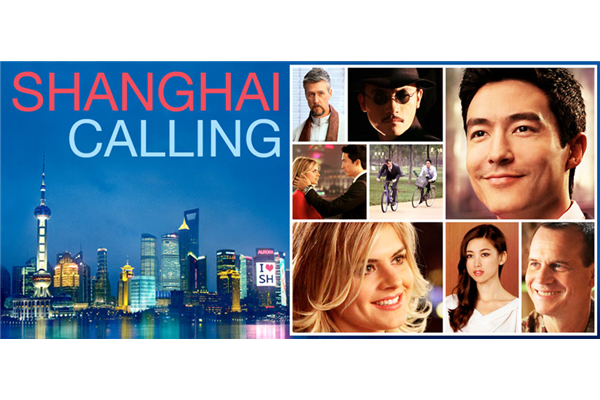 Chinese Films in a Hollywood World

Why do Chinese films struggle to make a box office hit in the U.S.? Writer Shoko Oda shares insight from industry experts and looks into the success of the recent movie Shanghai Calling.

Going to the movie theaters is a common social event for foreign exchange student Xiao Luo and her American friends. Not once, however, has she watched a Chinese blockbuster with them. Upon asking them what they knew about Chinese films, she was disappointed that they couldn’t name more than four, since Kungfu Panda didn’t count.

“I don’t know,” said Ashley Smith an American student at the College of Charleston, “Chinese and Asian movies just don’t appeal to me.”

“It’s basically a lot of things added Stanley Rosen, professor of political science at the University of Southern California. “The subtitle film market in the U.S. may be about one percent, so even the best films don’t do very well.”

“Even if they made the kind of films that might be successful, they’d have to be in English, and it’d have to be high concept films,” Rose explained.

An exception is Crouching Tiger, Hidden Dragon, a first-of-a-kind, martial arts historical film directed by Ang Lee in the year 2000. Martial arts film genres, more popularly known as wuxia, dominate the list of Chinese films that have been acclaimed by the American public.

Yang, a prominent Asian American film producer is named as one of the 50 most powerful women in Hollywood. She recently wrapped up Shanghai Calling, a film coproduced by the U.S. and China with a story revolving around an American expat lawyer trying to make the most of his unexpected move to Shanghai. Since its release, the movie has won numerous titles in Best Screenwriting and Best Actor across various film festivals.

With a film title referring to one of the most well known cities in China, one might imagine scenes of martial arts masters whistling through bamboo forests, Chinese pagodas and the like. The audience instead finds themselves seeing an American lawyer, dressed down in a suit and mingling with other American expatriates and running about the vibrant cosmopolitan city of Shanghai. The film illustrates what Yang calls, a more contemporary and colorful image of China.

“I really wanted to make a film about contemporary China,” said Yang when asked about what motivated her to produce Shanghai Calling. “Many are good, but most of them do nothing to advance the understanding of what China is like today. People flying around in ropes and whatnot is not the China I’ve experienced.”

“I specifically wanted to not perpetuate older stereotypes,” added Yang. Coproduced films like Shanghai Calling have emerged to give the American audience more of an insight into what China currently looks like. “There is a genuine need to understand Chinese culture and Chinese taste,” explained Yang.
Coproducing Chinese films eases the American audience to gain a better understanding of what China is like today, without feeling overwhelmed by a very different culture.

“From the Hollywood side, you get a much larger share of the box office than if you don’t coproduce,” claimed Rosen. “You also don’t have to worry about the quota system.”

Through coproduction, American film industries are allowed more privileges such as being eligible to be shown during Chinese national holidays, when foreign films are banned from showing in theaters. The American side also gains access to the potential 1.34 billion cinemagoers in China, who have become increasingly loyal viewers of Hollywood films.

Moreover, China is beginning to look very attractive to Hollywood film industries. With rising demands fueled by the wealthy class, China’s film industry is expected to grow by 17% annually until 2015, and predicted to overtake that of the U.S. in 2020.

The insatiable popularity for cinema has prompted the Dalian Wanda Group to purchase the American movie chain, AMC Theaters for $2.6 billion in 2012. The purchase has since been marked as one of the biggest overseas acquisitions by a privately owned Chinese company.

Similarly, Chinese film industries have easy access to new film techniques and technologies used in Hollywood. By working with Hollywood, they become more accessible to the American audience compared to films that are solely produced by China. 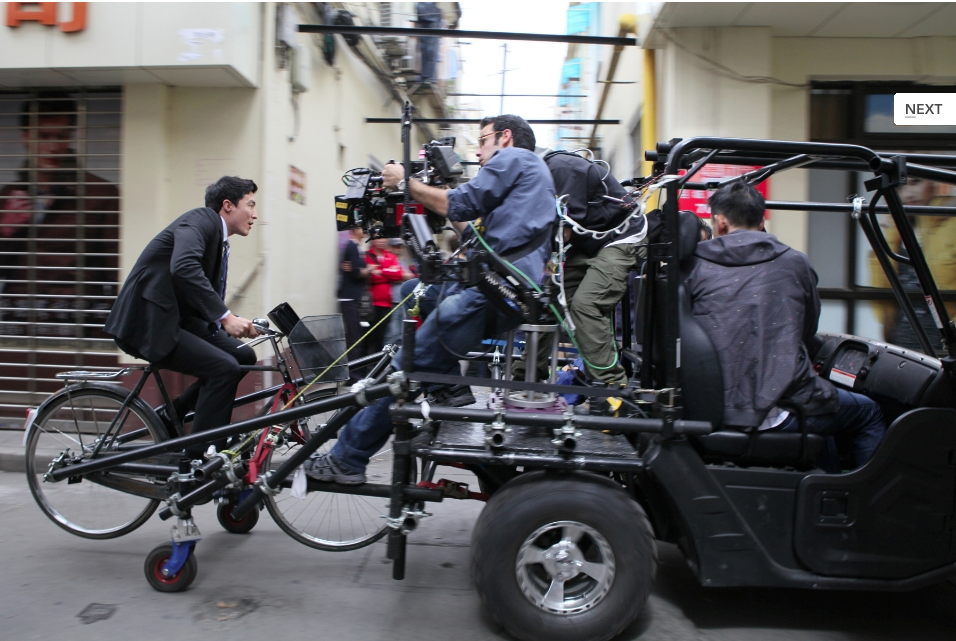 Films blending Hollywood qualities with Chinese cultural traits may prove to be the best way to introduce Chinese flair to the Western movie industry, and hopefully will inspire Hollywood to produce a more diverse range of stories.

Regardless of being coproduced and shot mainly in China, Shanghai Calling retains the essence of Hollywood and its techniques. It is the perfect concoction of Western cinematism and Chinese cultural heritage, allowing for audiences both in the East and West to empathize with the movie. Hollywood is skilled in things such as screenwriting, story structure, production management, visual effects and postproduction, however, Yang adds that, “Hollywood needs some fresh ideas.”

In terms of humor, Yang stressed the desire to have both the American and Chinese audiences laughing at the same scenes. Careful considerations were discussed if certain actions were seen as believable, or even offensive, especially for humorous scenes.

“I felt it was important this film be authentic, if not enjoyable, to a Chinese audience as well as the Western audience,” Yang explained.

Yang hopes that Shanghai Calling will be a potential example for American film industries to produce more films about China. While the Hollywood industry is mainly interested in the drive for profit, Yang hopes that Hollywood will take notice of China’s rich cultural vibrancy and incorporate them into inspiring and culturally diverse stories for future films. Other moviegoers such as Xiao Luo also hope that Chinese movies gain momentum in viewership worldwide. Luo, an avid fan of the movie The Joy Luck Club stated that, “I want more people to appreciate and understand my culture, background and identity through award winning movies.”

Shanghai Calling is a pioneer in sparking this change.

“Let this be an example” Yang smiled.