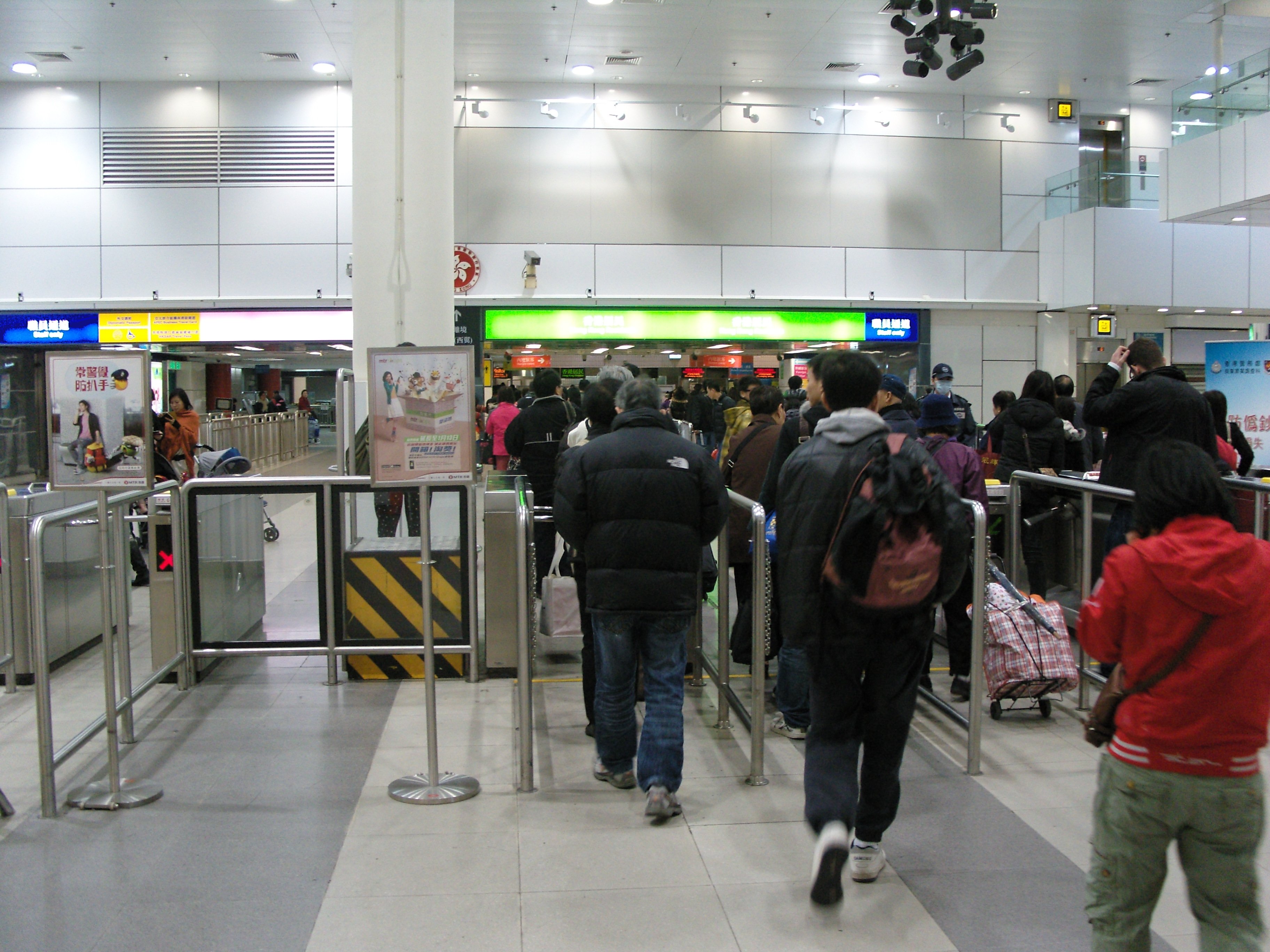 Pulling Up the Welcome Mat: America is becoming a less welcoming place for many Chinese nationals

U.S. President Donald Trump’s controversial positions on immigration have been making headlines since he announced his candidacy in 2016. While his harshest rhetoric has been directed against Mexico, the president has also been taking an increasingly aggressive stance on Chinese nationals in America. During one August closed-door discussion, in the context of diatribe on China, he reportedly told a group of business leaders that, “almost every student that comes over to this country is a spy.”

But nearly two years into Donald Trump’s presidency, how much has really changed for Chinese nationals trying to get U.S. visas and green cards?

Quite a bit according to Albert Lum, 84, founder of the Lum Law Group and an immigration attorney for the last 55 years.

“There’s been a whole shift in the attitude across all the agencies handling immigration,” Lum said. “I’ve lost more [immigration] cases in the last year than I have in the last 10 years.”

Lum said he has noticed much greater scrutiny on U.S. green card applications and less willingness to work with people to resolve potential issues — particularly when the applicant’s case rests largely on humanitarian grounds.

“There’s a lot less consideration of individual plights.” Lum said. “They’re expecting people to be able to fully support themselves before they arrive in the country.”

Lum said that even marriage cases, in which someone applies for a green card by virtue of their marriage to a U.S. citizen, have become a much more intensive process. Nearly every aspect of a couple’s relationship is now scrutinized to determine if their union is genuine.

“I’ve been in hundreds of these over the last 55 years and I can tell you that the level of detail is substantially different,” said Lum, speaking of the interviews required of marriage green card applicants. “We’re even looking through their cell phones now to see how much they [the spouses] have been communicating with each other.”

Tsung Hsi Liu, an immigration attorney in San Gabriel, said he has noticed similarly increased levels of scrutiny, as well as longer processing times for his client’s immigration documents.

“About 80 to 90 percent of H1B cases are pending right now,” said Liu, referring to the skilled worker visa that many young Chinese use to remain in the U.S. after they graduate from American universities.

This increased processing time has real consequences, according to Liu. The Optional Practical Training program, or OPT, gives recent graduates of American universities one year to work in the U.S. under their student visas. The program is often used as a bridge by young Chinese to secure long-term employment and a full H1B skilled worker visa.

“Now they are waiting a very long time for their H1B and their OPT is expiring,” said Liu. “They can’t work legally in the U.S. and they have to go home.”

According to estimates from the National Association for Foreign Student Advisers, international students at American colleges and universities brought nearly $37 billion into the U.S. economy in the 2016-2017 academic year alone. They also supported or created more than 450,000 jobs over that same period.

Chinese nationals make up the largest group among these students, according to the U.S. Department of Homeland Security. In July of 2018, there were more than 340,000 of them in American schools, accounting for over 30 percent of all foreign students. If less welcoming policy by the U.S. government leads to a shrinkage in these numbers, American schools and their surrounding communities could see a sharp drop-off in funding.

Some universities are already taking measures to hedge against this possibility. According to a 2016 analysis by Foreign Policy, the University of Illinois at Urbana-Champaign had the highest number of Chinese students in the United States. Last year, the university took out a $424,000 insurance policy to be “triggered” in the event that Chinese enrollment in the school’s business and engineering colleges were to drop by more than 20 percent in a single year. The policy stipulates certain events, such as tightening visa restrictions, which may prompt a decline in enrollment and a payout of $60 million. 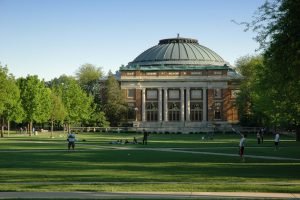 The University of Illinois at Urbana-Champaign, a popular choice for Chinese students studying in the US. Picture by Vince Smith

The University of Southern California (USC) ranked second in number of Chinese students hosted, according to the Foreign Policy analysis. Kevin Hostetler, lead international admissions officer at USC, said that, while his school has not noticed a significant change in Chinese student enrollment, it could be several more years before the full impact of recent federal-level rhetoric is felt.

“College prep really begins around the 10th grade for these [Chinese] students,” said Hostetler. “They’re already on a certain track that they’re unlikely to change barring something pretty extreme … We may see younger students making different choices [about where they study].”

Hosteler noted that the most significant impact thus far has been on Chinese graduate students, who face an increasingly difficult situation obtaining work authorization post-graduation. “There’s more concern right now around the difficulty of getting investment and employment visas [than student visas],” said Hosteler. “At the graduate level, many people are looking to stay in the U.S. and get a job here, so this is a bigger issue for them.”

Some Chinese graduate students are already facing pre-graduation restrictions. In June of 2018, the U.S. Department of State cut the length of visas for Chinese graduate students in high-tech manufacturing, aviation and robotics from five years to one. These changes were first signaled in the Trump administration’s December 2017 National Security Strategy, which stated that the U.S. would look to tighten visa procedures to, “reduce economic theft by non-traditional intelligence collectors.”

The administration is reportedly considering further restrictions and additional vetting procedures on all Chinese students in the near future. Investigating student’s phone records and personal U.S. and Chinese social media accounts prior to enrollment are some of the newest possibilities according to a Reuters report citing U.S. government and university sources.

A September 2018 change to U.S. immigration policy has already made it easier for government agencies to deny new visa applicants. The official memorandum from the U.S. Department of Homeland Security removes requirements for agencies to provide notice or request additional information before denial. Tsung Hsi Liu said that the new policy has meant that all document-seekers must now be extremely careful when filing immigration applications, as they stand a much greater chance of immediate rejection.

The nationwide backlog of immigration court cases is currently at an all-time high of over 750,000, according to data from the Transactional Records Clearing House. These courts handle cases for foreign asylum seekers, people facing deportation and non-U.S.-citizens applying for green cards.

In response to this backlog, the Trump administration has placed quotas on immigration judges. The new rules, which took effect on Oct. 1, require judges to handle 700 cases per year in order to receive a “satisfactory” rating on their performance evaluations.

It is a move which Judge Ashley Tabaddor, president of the National Association of Immigration Judges, says undermines the integrity of the immigration court system.

“When you tie a judge’s ability to keep their job to the number of cases they process, you give them a personal financial interest in each case,” Tabaddor said. “It can cause people to question the judge’s impartiality.”

The shift in immigration policy has not affected all equally. Jennifer Cao, a Chinese national with a degree in information technology management from Massachusetts’ Clark University, said she is not too concerned about stricter immigration enforcement.

“Although you see a lot on Trump saying negative things about China in the media, I haven’t personally noticed much change,” Cao said.

Cao is part of a select group who, through a combination of skill and luck, have been largely unaffected by the U.S. government’s new stance on immigration.

Cao was allowed to work in the U.S. for more than two years after graduation without a skilled worker visa. This was thanks to an extended OPT period provided to graduates in science, technology, engineering and mathematics-related (STEM) fields. While all students are available for OPT following their graduation, the length of this allowance can be doubled for STEM majors. 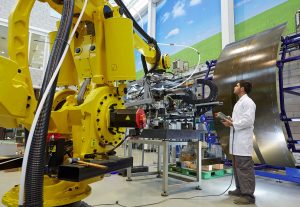 Robotic manufacturing of an aircraft component. Picture by Tecnalia

Cao was also fortunate enough to win the H1B visa lottery. Since the number of viable applications for skilled worker visas usually far exceeds the U.S.’s yearly quota, applicants are selected at random from among the candidate pool to receive the coveted H1B visa.

Judge Tabaddor said that Cao’s case may have also benefited from the timing of her original student-visa application. Cao’s student-visa and two-year OTP, the former of which predated Donald Trump’s presidency, allowed her to build a successful immigration record in the U.S.

“Once you have an established history and have moved past that hurdle, it’s often easier to continue to the next stages,” said Tabaddor.

Yet even skilled workers in technology fields like Cao may have face issues in the near future, according to Albert Lum.

“They’ve been talking about cutting back the number of people in the technology industry that can get in,” Lum said. “A lot of it is related to the number of technology workers that are coming in from India. They’re saying they want those jobs to go to Americans.”

Lum said that the current environment this is one of the strictest he has seen since he began practicing immigration law in 1963.

“I don’t think you should let everyone in,” said Lum. “But you’ve got to find a good balance, and I thought we were doing that pretty well.”