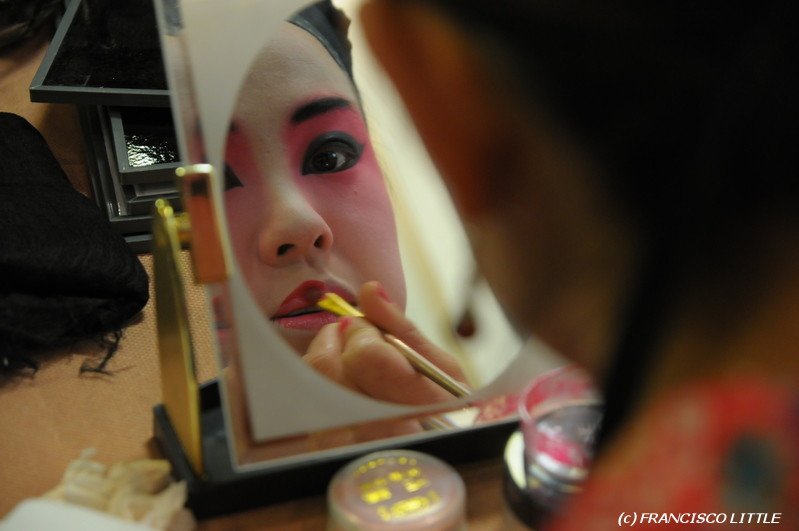 By Francisco LittleNovember 30, 2011 No Comments

The transformation of actress to traditional opera figure is an elaborate, time-consuming process.
从一般女演员致京剧角色的蜕变过程非常精致耗时。

Peking Opera (京剧) is one of the most recognizable aspects of Chinese cultural performance. Officially recognized by UNESCO as Intangible Cultural Heritage, Peking Opera first took root in the 18th century under the Qing Dynasty, combining a distinct singing style with dance, acrobatics and music. Many foreign visitors to China will at some point take time to watch a traditional opera performance in one of its many forms, but it is seldom possible to see the backstage preparations of the performers.

Taking about an hour from start to finish, the process of changing face is a lesson in transformation.

Traditional Peking Opera has four character roles: Sheng (生, the main male role), Dan (旦, the female role), Jing (净, a male role with painted face), and Chou (丑, a male clown role). In this photo series, an actress goes through the careful process of preparing her makeup and costume. Within the Dan female role are several subtypes; this actress will be playing the Qingyi, symbolizing young or middle-aged women with gentle and refined dispositions from a noble family. The makeup is applied with self-assured strokes in a flurry of powder and rouge. Its effects are dramatic, as this opera form relies greatly on visual facial expressions to convey messages rather than stage props.

Most of Qingyi’s lines are delivered in song, and even the spoken parts are recited in rhythmic style. She is portrayed as the ideal Chinese woman – faithful, proper, shy, graceful.

Once made up, the actress uses her hands, eyes, body and steps as expressions to aid her high-pitched singing style during performance. Eyes become the most important means to convey emotions of anger, sorrow and joy, making the story line easier to follow for the audience. 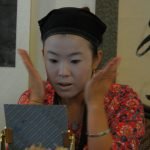 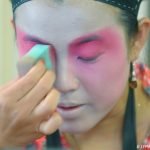 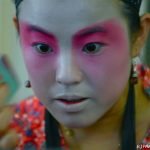 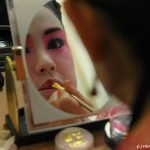 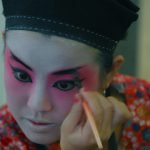 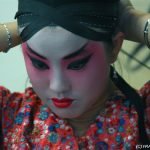 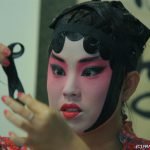 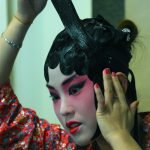 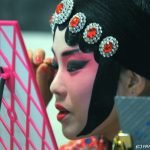 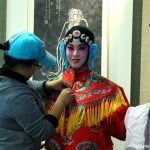 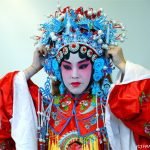 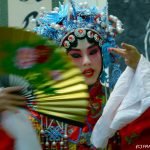 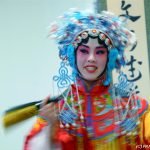 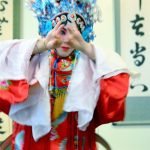 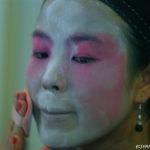 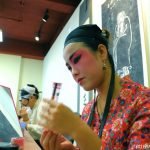 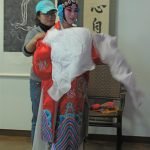 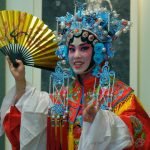 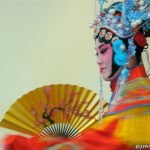 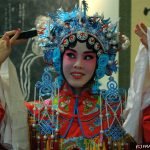 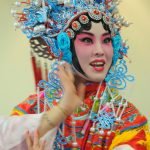