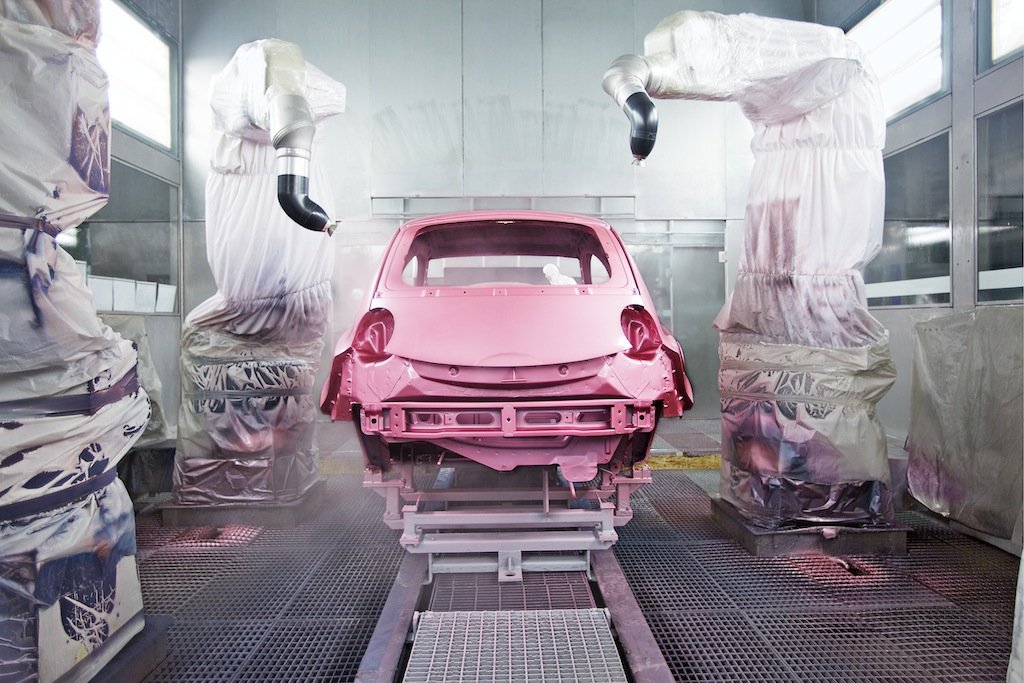 By Peter WinterDecember 13, 2011 No Comments

As part of our interview series with photographers in China, Mick Ryan details his work as a commercial photographer in Shanghai.
在本期对摄影师的采访中，Mick Ryan将深入讲述其在上海的商业摄影师生涯。

What first brought you to China?

I’ve actually been visiting China since 1992, and Shanghai in particular. It was a different world back then, but on my last visit in 2001, I realized that it was becoming more attractive as an exciting place to live rather than just visit, so after about 12 years in advertising I moved to Shanghai in 2004 to live and change my occupation to professional photographer, although through advertising I had lots of exposure to working with professional photographers. I wasn’t sure at the time how long I would stay, but after the first couple of years, I knew it would be long-term and I’ve been here ever since.

What was your first photography experience in the country?

My initial interest was in architecture and I approached a few architects here, but I ended up shooting portraits of them rather then the buildings themselves. Eventually I got my first big architecture project shooting a new hospital in Shanghai. I really didn’t know whether I had the talent to pull it off or not but the client was very happy with the results and I got several more projects around China from them. However, it didn’t all go so smoothly, I had a lot of trouble but learned of the problems I would face on all projects working in China, including a long-running and complicated relationship with security guards.

Your work covers a wide set of topics, styles, and clients. What subject or area has most drawn your attention in your China work?

I was really attracted to working on things with big scale in China such as buildings, but I really learned to like and excel at portraits. For me, they both come together on my corporate work and especially my industrial work. There are some phenomenal aspects of scale in industrial work in China. You really are dwarfed by your subject. I also love shooting people working, especially with their hands. I really admire smiling workers, they make great subjects.

You’ve photographed many business leaders and celebrities in China. Who was your most interesting subject and why?

I have to say everybody from Tom Cruise to Fang Bing Bing were really nice to shoot. You hear lots of stories about egos and celebrities, but I’ve never dealt with anyone that treated me with a lack of respect, except for one, a certain relation of Benazir Bhutto, the since assassinated president of Pakistan. A horribly shallow woman that would seem to be the opposite of everything her aunt stood for as Pakistan’s first female president. Ed Norton was great to shoot. He had lots of presence and was a very cool person. Tiger Woods was falling asleep after a long flight when I shot him so I had to do a little bit of Photoshop to give him a lift. Wei Hui, the author of Shanghai Baby was lots of fun but she was infuriatingly late to all of the shoots we had set up. Early mornings were definitely not her thing. And actor Liu Ye was definitely a very cool dude to shoot. Very down to earth and unpretentious. All in all, I wold say that I’ve never had a bad experience. But I do know how busy these people are, especially company executives who, unlike actors and performers, are not comfortable in front of the camera. So I have to be prepared and quick once they arrive to get a good shot before they run out of time or get frustrated or lose interest. It’s a balancing act.

Shanghai’s emergence as an international financial hub seems to be at the center of much of your commercial work. What insights have you gained about China’s development through your work?

It’s been pretty amazing to watch but as a photographer, but I am more of an observer. I’ve observed but can’t say i have any particular insights. I’ve seen attitudes in people change over the years of course as I work with people closely. The affect of money on people here has pretty much been the same as it has anywhere in the world in a country where people suddenly have lots of money. You see the good and the bad come out in people.

Shanghai has changed in front of your eyes. As you’ve documented its progress, what has changed for the better in the city? What has been lost?

It’s hard to explain as the change has been so drastic. One of the first photos I took on a vacation to Shanghai was of the view from the Bund. It’s now a cliche shot of Shanghai but back then there was nothing but fields across the river, no Oriental Tower and no Jin Mao Tower. Just a few warehouses and empty land. Now it is a futuristic mega-city in itself with some of the word’s greatest skyscrapers. Obviously there was no internet or cell phones and the electricity used to get turned off in different parts of the city at different times of the day. The roads were empty and there were no highways. I don’t think you can underestimate how modernized the city has become and all the advantages of modern living that came with it. People have flushing toilets, phones, TVs and air conditioning, something that was impossible for the average citizen to think about a short time ago. But of course, there is a downside to the rapid transition. There’s air pollution, stress and very poor quality structures and work ethics that have resulted in more than a few tragedies since I came here. Especially the block of apartments where 60 people died in a blaze due to an unqualified welder working near fabric hoarding covers. With the push to make more and more money, safety and health have been pushed by the wayside. However, people are already starting to realize it here and are pushing for things to slow down so they can acutely enjoy life.

China is often referred to as the factory of the world. Are there any misconceptions about China or industry in the country that you’ve found in your work?

Definitely. If people continue to think of China as a big factory, then they are going to shoot themselves in the foot financially. China is learning fast form the West and are taking it upon themselves to manage and innovate for themselves rather than just build for foreigners. They’ve a long way to go but they have already started and we know things move fast here. If you do anything in China, whether it’s business or photography, to get the best results you had better understand them and work with them on their terms to get what you want. You can’t just bluster in and expect them to do things your way.

Your client list is extensive, with many international companies hiring you to document their business in China. Are Chinese companies equally eager to hire commercial photographers? Any trends to be aware of?

Most of my clients are foreigners. It is very different to work with Chinese companies as a commercial photographer. They have different expectations of the relationship so you have to be careful from the beginning of what you will and will not provide as a service. You must make it all very clear form the outset that you see yourself as a professional providing a particular service entering into a partnership to produce great photos for the client. You are not an employee and you are not some guy with a camera who will shoot whatever they want, whenever they want. You have to help them understand that you have to stick to a certain work ethic to get those great photos. They don’t just happen by themselves. I often get hired by Chinese companies because they say my photos are better quality and that’s what they want. However, at the same time they are surprised that I cost more than the local photographers. You need to explain to them that better costs more. They do seem to expect to get a bargain every time and you need to explain that there is a difference between a guy who can take photographs and a photographer.

Your black & white photography is an interesting change from your commercial work. Explain to me how your shooting style changes for this type of work. Are you hoping to capture something different or explore a different set of themes? Where’s your passion for it come from?

My personal work bears little resemblance to my commercial work. My work is influenced by my relationship with my daughter and my interest in Victorian children’s literature and photography. I initially started taking smile portraits of her but they grew into creating characters for her to play and then we shot series of photographs of her for the characters to have adventures in. I have a book of the illustrated stories titled Propellor Girl & Other Tales. There’s a website and I’ve had several successful exhibitions. If you imagine Alice in Wonderland or The Wizard of Oz mixed with the Grimm Brothers’ tales, then you have a good idea of the strange tales we’ve told together.

What are you currently working on?

At the moment, I am very busy with commercial work. I have a few interesting projects coming up hopefully that will come through for Volvo and Caterpillar among others. I have a big solo exhibition of my personal work coming up in March. I’m also doing a few readings from my book, so I’m very busy. 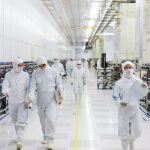 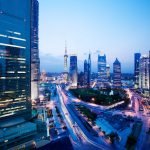 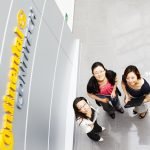 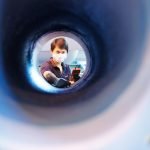 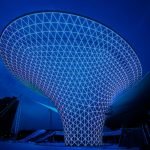 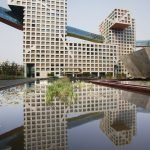 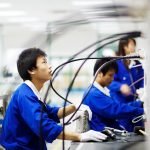 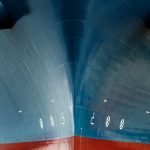 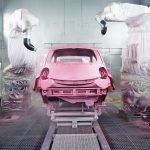 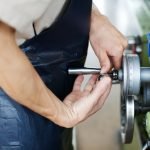 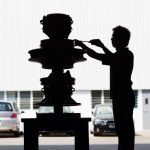 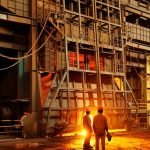 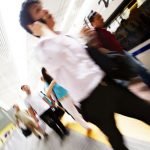 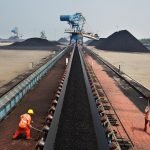 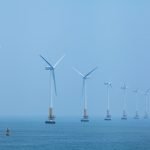 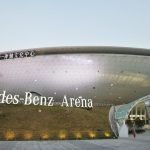 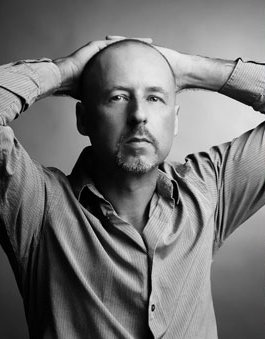 Mick Ryan is a commercial and industrial photographer based in Shanghai. Originally from Ireland, Ryan previously worked in advertising for 10 years before turning to photography full-time. He is a member of the Royal Photographic Society while his work has been featured in doxens of publications and exhibitions around the world. In 2009, Black & White Photography magazine named Ryan its Photographer of the Year.