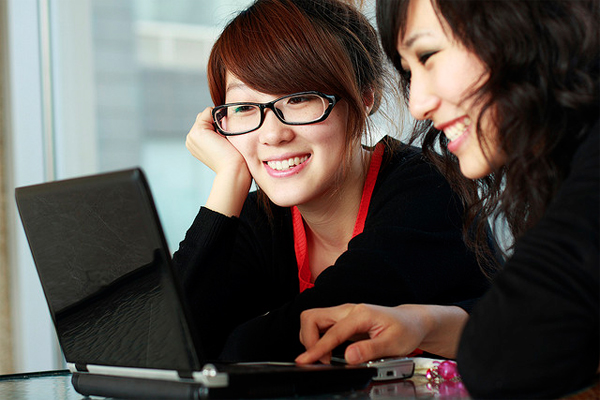 Why are more students coming? What are the implications of this trend?

For the first time, China now sends more students overseas than any other country in the world. According to the Institute of International Education’s (IIE) annual “Open Doors” report, 229,300 Chinese students went to study abroad for the 2009-2010 year, a huge 30 percent increase from the previous year.

The U.S. is the preferred destination for Chinese students going abroad. Of the 690,923 international students that came to the U.S. last year, nearly 128,000, or more than 18 percent, came from China. Over the past decade, the number of Chinese college students studying in the U.S. has increased by 80 percent from 54,466 in 1999 to 128,000 in 2009. After the U.S., the most popular destinations are Australia, England, France, and Canada.

“Programs within the United States seem to be accredited anywhere,” notes Sean O’Connell, the director of the international undergraduate program at USC’s Marshall School of Business. “So if you have a degree from a U.S institution, it is acceptable everywhere. A degree from a Chinese institution, maybe other than [Peking University, Tsinghua University, Fudan University] or some of the higher level schools, may not be seen in the same light if you go to the U.K or if you go to North America.”

On the whole, far more Chinese students go to the West than vice versa. Wang Huiyao, director of the Center for China and Globalization (CCG) and Vice Chairman of the China Western Returned Scholars Association, noted that while more than one million Chinese students are now abroad, Chinese universities only host approximately 200,000 international students. Since many Chinese students remain abroad after graduation, Wang worries about the loss of talented people.

Chinese students are also increasingly aware that obtaining a basic university diploma no longer guarantees a comfortable lifestyle. They know too well the struggle recent graduates are having  (See 2009 Graduating Class Struggle). As a result, the prestige of obtaining a Western degree attracts more and more Chinese students and increasing numbers of them are able to afford it thanks to the growth of a well-to-do class of Chinese as well as scholarships and other financial assistance.

Wang summarizes some of the key reasons leading to increasing numbers of Chinese students study abroad:

In addition, many Chinese students believe a Western education offers exposure to valuable skill sets that cannot be acquired through a Chinese university education.

Ariel Lai, a student at the University of Southern California who is originally from Hangzhou, says studying abroad lets one learn more “practical things.” These include topics relevant to life outside of school, which are useful in pursuing a career. Lai believes that Chinese universities are not as successful at achieving this.

She further explains, “It is too limited to be [in China]. There is too small of a chance to get into the best colleges.” This resulted in her determination to study overseas just like the other 29 students from her class who also came to the U.S this year. The number is six times greater than the total number of students from her high school who came to the U.S in the previous year.

Zhen Ye, a student at Ohio State University originally from Guangzhou, shares a similar perspective. Although there is a range of majors to choose from in China, the general college program has low flexibility, especially after one starts school. Zhen also points out that “classes are predesigned in China’s colleges. I cannot choose the major I like in China.”

Approximately 10 percent of the people from Zhen Ye’s high school in Guangzhou study abroad every year. Only a few of those who go abroad take the Chinese college entrance exam before actually making their decision to study abroad. Zhen mentions the strong preference of these Chinese students to concentrate on preparing their applications for foreign universities rather than preparing for the entrance exam. It is also reflected by the fact that the number of Chinese students taking the college entrance exam is on a decline: 9,570,000 students took the exam in 2010, 65,000 less than in 2009 and 93,000 less than 2008.

Seeing an increase in potential business, many exam preparation and college counseling firms have set up shop in China. Some are familiar names linked to the American market (the Princeton Review, for example), and others are new entities established by entrepreneurs (such as the New Oriental School). These agencies focus on helping students prepare for exams that are required by overseas universities. Higher Scholastic Aptitude Test (SAT) and Test of English as a Foreign Language (TOEFL) scores make Chinese students more desirable to top colleges.

However, some question the ultimate help that these agencies provide.

“Applying for foreign universities should be a chance to train high school graduates and to provide opportunities for them to explore their options,” explains Fiona Yu, a Chinese teacher at the International School of Beijing. “However, there are too many outside resources that interfere in this process. [They] basically provide services that will help students complete all the pieces of information they need to apply for foreign universities. They even help them write their resume, undermining the original objective of college application.”

These agencies have a large influence over the schools that students select. The university rankings that they provide and the schools that they advertise to the students basically determine the list of universities that the students look into. The advertisements also imply that the schools know the “secrets” to admission into top these top universities, which attract many parents. Most Chinese parents highly value these rankings, which further emphasizes how significant it is for a Chinese student to graduate with a degree from a top college, giving them an advantage in their job search.

Even students studying at top Chinese universities are attracted to opportunities in the U.S.  Dante Lai, an undergraduate attending Peking University, talks of wanting to go abroad. He stayed in China because his college entrance exam score got him into one of China’s top schools, but he says “studying in a famous university in the U.S.” is still one of his dreams.

“I know that to reach my goal of life, I must go abroad to study. The only problem is when the most appropriate time is,” Lai says.

Adds Yu, “Most of the children who study abroad come from wealthy families in the cities…. they come from [families] with a lot of knowledge and a certain level of education background. Therefore, they value the importance of education and are willing to invest in the children by sending them abroad.”

The number of Chinese university graduates has increased dramatically since 2000. A foreign degree can therefore be helpful for individuals who are anxious to differentiate themselves. Consequently, many Chinese parents push their kids to apply for top schools in the U.S. They expect that a degree from a prestigious college will give their children an edge over others in searching for a job. This is the “return” that they seek by investing so much in their children’s education.

Despite these worries, a Western education remains very attractive.

Lai believes that Chinese who study abroad are generally more competitive when looking for “a job from a foreign corporation or a department that calls for your ability to communicate with foreigners.” Therefore, despite the fact that they might not be as familiar with the local Chinese job market, they have a linguistic talent and the ability to adapt to changes.

Jeff Hu, the Business Director at Atomic Consulting, a recruitment services company based in Shanghai, agrees to some extent.

“You would be more eligible for fast track Management Trainee Programs with Fortune 500 companies, [and] you would be a much better interviewee who is able to relate to international Line Managers that are hiring you,” he says in regards to the advantage of a western degree.

“In this case, for those entering the work force fresh the difference will not be much, but as your career and the skills you have acquired that make you more desirable progress, you will see that over the course of your career you will be rewarded much more in terms of promotions and compensation,” Hu adds.

Therefore, it is not the Western degree alone that makes candidates more competitive, but the skills that they have acquired while studying abroad. Hu has observed through his experiences working in human resources in China that employees who are fluent in English and have international exposure are more able to quickly adapt to the culture of multinational companies. Consequently, they are much better compensated than Chinese who do not have those abilities or experience. He also notes that those from China with an international experience can make up to two to five times more than what Chinese locals make as salaries.

However, the job market is changing rapidly. Local Chinese candidates are becoming increasingly knowledgeable as well.

“The talented local managers that have [up to ten years] of experience [at] top MNC’s [multinational corporations] are just as knowledgeable as U.S. counterparts due to the training investment and strong corporate cultures,” Hu notes. For mid-career professionals, therefore, the work experience is more important than the degree possessed.

Yu also points out that many Chinese students who study abroad have too high expectations of the jobs available upon their return to China. They expect to be highly compensated, in part to make up for the high cost of their education. “This is because their parents made a lot of efforts to support their education, causing them to experience pressure when searching for jobs,” she explains.

Whatever the reasons may be that Chinese students choose to study abroad, foreign universities can present them with a completely unique experience that would not be available to them in China. Wang asserts that these students may have a wider choice of jobs as they return to China and are more likely to be recruited by multinational companies. A Western education offers a very different experience, where soft skills vital to the global business world such as leadership, decision-making, and working in teams are emphasized and often lacking in a Chinese university’s curriculum.

China is also recognizing the value of opening up its own universities to foreign students – both Tsinghua University and Peking University, two of the country’s most prestigious universities have recently announced plans to increase foreign student enrollments.  Universities may see interactions with foreigners as opportunities for local students to broaden their global perspectives even though they are not abroad.

Ultimately, this exchange of foreign students between China, the U.S., and the rest of the world is a great step in the right direction: it allows for a much more significant and open exchange of ideas, and will hopefully help to foster a deeper cross-cultural understanding and stronger foundation for global relations.

Vivian Lin is a staff writer at US-China Today and sophomore at the University of Southern California majoring in Business Administration.