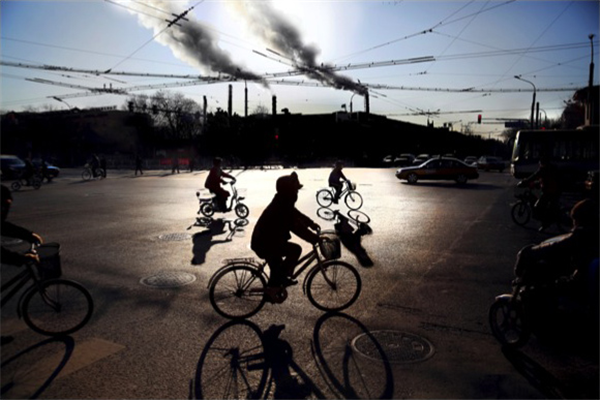 China is increasingly making strides toward becoming a global environmental leader, but its continued censorship of critical discussion at home complicates this progress.

In 2007, citizens of Xiamen, Fujian Province, grew increasingly uneasy about the construction of a nearby manufacturing plant that would process paraxylene (PX), a dangerous, environmentally harmful chemical used to make plastic bottles and polyester. More than 8,000 protesters gathered on the streets on June 1, evading the required government approval for public demonstrations. How? Netizens organized the movement online by coining a code word to disguise their communications: 散步(sànbù), or “take a walk.” Today, “take a walk” signifies peaceful protest, just one of hundreds of code words that Chinese citizens have created to circumvent censorship.

Many Chinese have been pressuring their government to address pollution problems for years, and the government has begun publicly pledging to become a global environmental leader. Last year, Chinese President Xi Jinping committed to peak emissions by 2030, invested about $3 million to help developing countries transition to clean energy, and worked closely with President Obama in the months leading up to December’s Paris climate talks.

However, as the Chinese government improves its environmental policies, its continuing censorship of critical discussion at home complicates this progress. Jason Ng, a Research Fellow at the University of Toronto’s Citizen Lab and the author of Blocked on Weibo, says that although environmental discussion “used to be a sort of safe space where the government saw citizens as positive watchdogs… things have tightened across the board.”

How Does Censorship Work?

Censorship in China operates on different levels. On the ground, the government usually denies demonstrators’ applications to hold public protests — in general, censors focus on combatting attempts at organized action, and less on efforts to raise awareness. Online, the surveillance system dubbed “The Great Firewall” filters data flowing through Internet routers and controls Internet Service Providers (ISPs) and Internet Content Providers (ICPs), both of which are often private businesses. This applies to search engines, social media sites, news organizations, non-profit educational sites, and other platforms. Self-censorship also plays a crucial role in the government’s control of online discussion, since peer pressure and fear of official punishments prevents most citizens from attempting to test censorship policies.

Furthermore, Ng argues, “There’s also not as much of a desire by everyone in China to want to escape censorship. They see censorship as a way of moderating content, of protecting them from seeing unwanted materials.”

Despite the general public’s acceptance of censorship, activists continue to use various forms of media, such as text and images, to avoid detection. “Coded” language changes constantly, as government censors learn to recognize new patterns. Many Chinese netizens also use VPNs (virtual private networks) to access censored sites, but the government can ultimately block VPNs by controlling the businesses that run these servers. Ng adds, “While VPNs and other sorts of circumvention tools do exist, and technically they are achievable, they are difficult to set up if you’re not ‘in on it.’”

The government’s control over the Internet was clearest when authorities blocked Under the Dome last March. The viral documentary by Chinese journalist Chai Jing magnified concern about China’s pollution crisis and initially received praise from authorities, but the government took it offline several weeks later. Although Under the Dome received intense international coverage, it seems to have faded into the background a year later. Did it really make a long-lasting impact on the public and on the government’s future policies?

Ng believes that its influence is arguable — ultimately, it’s difficult to gauge whether efforts against censorship impact the government’s policy development. On the other hand, many activist groups are more optimistic. Lauri Myllyvirta, an Energy Campaigner at Greenpeace International, cited Greenpeace’s role in taking the state-owned power company Shenhua to task when it caused groundwater contamination in 2013.

“We were able to publicize the case through international media and got the attention of mainland policy makers, and there was actually a very positive outcome… that case established a precedent.”

Myllyvirta, who focuses on coal consumption research (published on the Greenpeace EnergyDesk website, which is usually accessible to Chinese viewers) also discussed the recent improvement in China’s air quality: “PM2.5 levels are down 15-20% this year [2015] across China. That came down to two factors: one is that coal use has fallen significantly, and the other is that there have been improvements in policy and enforcement.” According to Myllyvirta, as public concern in online communities pressures government to take action, nonprofit groups help expose the extent of these environmental crises.

Although censorship continues in China, the conflict between censorship and environmental progress is not black and white. Myllyvirta says, “I think ‘conflict’ might be too simplistic because there is definitely a lack of transparency and openness, but we’ve found that it’s very interesting how powerful information is in China… the government is recognizing that they need openness.”

Many experts agree that the Chinese government is becoming more transparent in outlining their changes to environmental policies. For example, China demonstrated more willingness to negotiate in recent climate agreements with the US and also at the COP21 Paris Climate Conference last year. Also, last November the government reported that China’s coal emissions had been 17 percent greater, annually, than previously disclosed. While this appeared as a setback, the government’s willingness to finally acknowledge and revise its statistics points towards increasing transparency. Wang Tao, a climate policy scholar at the Carnegie-Tsinghua Center for Global Policy, expands on why Chinese policy making is more transparent: “The reason is simple: the Chinese government needs better communication with the international community [to make] their efforts known, as they have made quite some progress. They can see the benefit of having more transparent communications with NGOs, media, and other outsiders.” 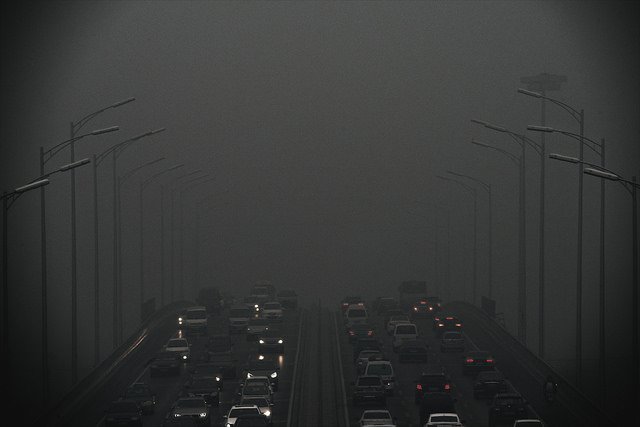 A dim afternoon in Beijing. Courtesy of Jonathan Kos-Read

China is feeling increased global pressure to change its censorship policies. Patricia Riley, Director of the Global Communication program at the USC Annenberg School for Communication and Journalism, says that censorship is “unproductive because you need several things to happen in order to make progress in climate change. You need everybody doing their own part, and everyone holding others accountable, especially ‘big’ others: energy companies that use more coal than perhaps had been previously disclosed, for example.” While the disadvantages of censorship are clear, persuading the Chinese government to stop suppressing public discussion is a much more complicated issue.

From the perspective of countries with free speech, especially the US, China’s censorship is a violation of human rights. This black-and-white approach, however, limits the conversation by portraying China as a one-dimensional monolith without regard for human rights. Jason Ng suggests an alternative way to widen discussion.

“Our way of maligning China as a sort of authoritarian state is not a very conducive way for having a conversation… recasting it as an economic issue is a much better way of framing it, in terms of getting China on board. It should be like saying that you’re going to miss out on technical innovation if you don’t allow your business people and your startups to participate; you’re going to hinder your scientific communities by not letting them be able to browse Wikipedia.”

As China assumes greater leadership on a global scale, its government must also take greater responsibility to combat its environmental crises at home. The complications of a developing country as a climate change leader will evolve into the future, continuing to challenge the role of modern censorship in Chinese citizens’ and policymakers’ discussions.