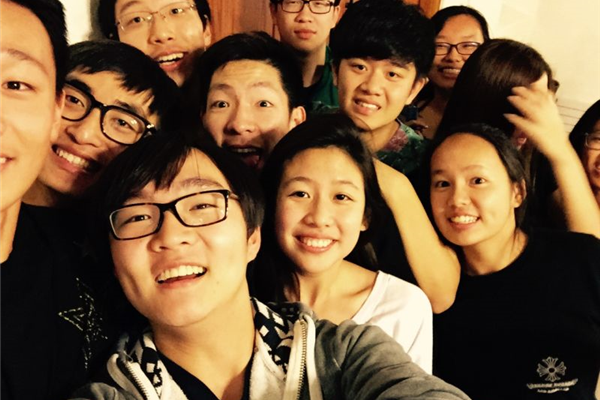 Look Out Below: Parachute Kids Descend Upon the U.S.

Parachute kids, or international students from China or Taiwan who study alone in the U.S., have made headlines for their difficulties adjusting but rarely for their personal successes.

Two high school students argue in the school dining hall. One girl blames the other for stealing her boyfriend. As the argument escalates, one girl sprays orange juice on the other.

Maggie Zang witnessed the eruption. She’s a 12th grade student from China studying at Seattle Northwest School. Like the two squabbling girls, Zang is a “parachute kid” (xiao liu xue sheng 小留学生) or an international student living alone in the U.S. They’ve come to America seeking a better education and less competitive circumstances than in their native China or Taiwan. Often, these students want to study in the U.S. for college and see coming here for high school as a gateway to U.S. universities. More than 23,000 of these students entered the U.S. in 2014, according to the Institute of International Education, and this number has probably risen since then. The Student and Exchange Visitor Information System (SEVIS) data from July 2016 shows 24,916 Chinese, 749 Taiwanese and 383 Hong Kong secondary school students studying in the U.S. 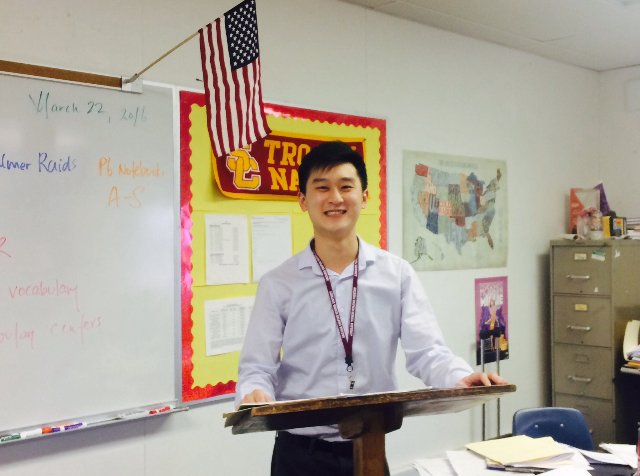 The conflict Zang described only hints at the difficulties these students face in the U.S. Recently, an assault case involving several parachute kids in Los Angeles County grabbed the attention of U.S. and Chinese media, and sent ripples back to China. Yiran “Camellia” Liu was stripped naked, kicked with high-heeled shoes, slapped and burned with cigarettes by three of her classmates who also took photos of her. The fight was sparked by an unpaid restaurant bill.

Matthew Wong, a teacher who works with parachute kids at Arcadia High School says that “many teenagers are emotional and immature in this transition stage of their life, especially when they are in a new environment and their parents are not around… Because of their young age, they often do not handle things properly like adults do.” While some parachute kids have relatively few problems, many have trouble due to the challenges posed by their school and living situations.

In the 1980s and 1990s the majority of parachute kids came from Taiwan. They lived with families or sometimes by themselves. Today, many Chinese families place their children in boarding houses, which is sometimes a source of problems. Weiyi Cang of JJL Overseas Education, a middleman for Chinese students hoping to study in the U.S., frequently works with parachute kids. He describes the profile of parachute kids as coming from “moderately wealthy” families who spend an average of $50,000 to cover their child’s living costs for a year.

Many parachute kids experience difficulty in their new environment, citing hurdles such as a demanding workload at school, a lack of familiarity with the culture, and distance from their families. These students study abroad alone without major social support systems and a lack of supervision can contribute to problems, such as happened in the Liu case. Managers of homestays or boarding houses often do not monitor their student boarders. The homestays themselves also vary in quality depending on geographic area and staff. Irregular and often short video or phone conversations don’t reveal much about the everyday lives of their children. Even loving parents can be blind to their children’s problems.

Zang explains the cultural isolation she and other parachute kids experience, caused by cultural differences and language barriers. “I mostly interact with Americans only when I have to finish a group project. I can’t understand their humor I don’t really understand the popular trends they are talking about.” Aside from cultural isolation, Zang says even more challenges come from the burdens of school. She feels “overwhelmed” by homework and college applications, which is only aggravated by distance from her family. “The longer I stay away from home, the more homesick I become. This is my third year abroad, but I feel more homesick than ever. Sometimes my homesickness makes me feel more anxious over studies.”

Some students also develop more severe issues, such as behavioral problems in the classroom, drug and alcohol use, and excessive spending. Says Wong, “parents all care about their children, but they need to back it up with actions.”

“Lord of the Flies” 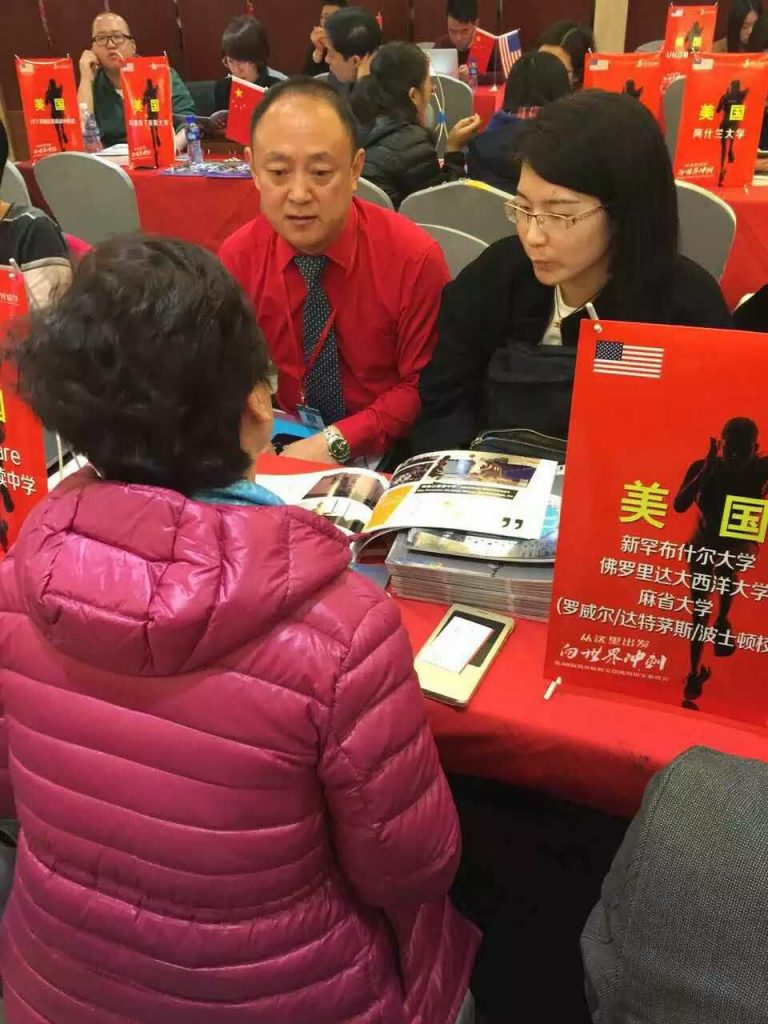 The assault on Liu made headlines both domestically and in the suspects’ native China. Chinese social media usersapplauded the American legal system and criticized the Chinese system’s lenient approach to student violence. Meanwhile the presiding judge likened the case to William Golding’s 1954 novel Lord of the Flies.

Defendants Yuhan “Coco” Yang, Yunyao “Helen” Zhai and Xinlei “John” Zhang were charged with torture, kidnapping and the assault of Liu. Ultimately, the three pled guilty to the charges of kidnapping and assault; the District Attorney agreed to drop the torture charge as the students have no history of a criminal record. Zhai will be sentenced to 13 years in prison, Yang to 10, Zhang to six, and a fourth defendant who pleaded guilty to assault, Zheng Lu, to three years according to the Los Angeles Times.

Pasadena-based lawyer Rayford Fountain defended Yang and has served as counsel for similar cases before. He tells US-China Today that an incident of this scale is “rare,” however acknowledges the pitfalls of parachute kids’ situations. “[Parents] send their kids here and it costs them a lot of money, but the problem is the whole structure, it’s faulty. They pick the houses that their kids live in, but the houses do not have correct supervision. There’s no one really to monitor the schooling, and these kids just run free and they want to start partying and having a good time.”

Fountain further echoed his concern for parachute kids, repeating the words of a father of one of the perpetrators saying that “it was a huge mistake to send my child abroad, he would have been better off staying in China.”

While homestays can prove negative for parachute kids, positive circumstances do exist. Joel Kilpatrick, a homestay host since 2010 in Westlake Village, California, welcomes his boarders into his family, levying the same benefits and discipline that come with such a relationship. “We encourage them to participate in school,” says Kilpatrick, “and provide all the love and support that we can for them.”

Richard Yang, a Chinese student in 12th grade at Villanova Preparatory in Ojai, California, praises his experience as a parachute kid, saying, “I become more independent by living on my own, I know how to cook and how to do my laundry.” Whereas other students such as Zang felt isolated and left out by local peers, Yang gained the “real American experience” by engaging in many activities at school, such as joining the drama club. He says he didn’t find it difficult to “get out of the exclusively Chinese circle.” Instead, “when you talk to the American peers, you can actually find a lot in common with them.”

Problems for parachute kids among homestays, schools and peer groups vary drastically by individual. As Wang suggests, the students must be “proactive in many cases” and “know what kind of life they want.”

“Before sending their kids abroad, parents should ask themselves whether their children are mature enough to handle things,” says Wong. “Studying abroad is a gamble, and if the kids are not doing well, it is not worth the risk. Students themselves need to know what kind of life they want and whether they want to achieve in their life or not. It is up to them to have a right attitude and learn to thrive in the new environment.”