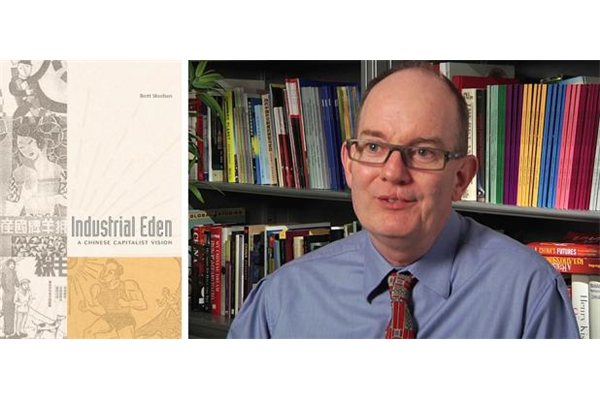 US-China Today sat down with Brett Sheehan to learn more about his latest book and how tracing the development of business in China has also revealed countless insights about the nation itself.

While completing his Ph.D. at the University of California-Berkeley, Brett Sheehan came across the catalyst for his second book, Industrial Eden. By chance, his wife met Roberta Sung, the second youngest daughter of Chinese entrepreneur Song FeiQing, a fascinating figure in business and politics. Years passed before Sheehan finally broke bread with Sung, but upon hearing her speak sentimentally about her father’s struggle to make money after the revolution in China he launched 15 years of extensive research, eventually publishing his book. Though Sheehan started his career as a commercial banker, he always had an interest in Chinese business, and the story of the Song family was a perfect fit for his book. The book contains historical narratives that portray the struggles of the Song family’s business through five different government bodies in China since the early part of the 20th century. US-China Today sat down with Sheehan to learn more about his book and how tracing the development of business in China has also revealed countless insights about the nation itself.