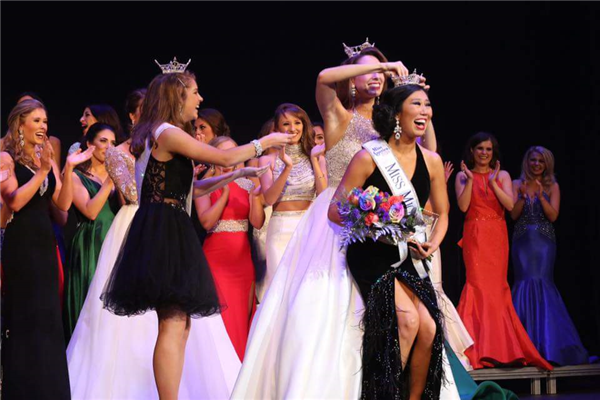 Arianna Quan made her differences the catalyst for her run as Miss Michigan and is the first Asian American to win the title.

Growing up in the Detroit area, Arianna Quan always felt she was different. Her family immigrated from China to Michigan when she was six years old, and she became an American citizen at 14. Citizenship didn’t equate to acceptance in her diverse neighborhood, however, and even among her Asian American peers she didn’t feel at home. With “hooded eyes” and a not “traditionally attractive Asian face,” Quan struggled to find acceptance from herself and those around her. Now 23 and a student at Detroit’s College for Creative Studies, Quan made her differences the catalyst for her effort to become Miss Michigan. She won the title in June becoming the first Asian American winner with the platform of “Being American: Immigration & Citizenship Education.” Her platform called for a social media campaign that aims to “encourage the exchange of diverse and unique perspectives of what it means to be an American” through hashtags and casual portraits of diverse Americans in their personal environments. This September, Quan will compete in the national Miss America pageant representing Michigan. We spoke with her to learn more about the importance of diversity and her Asian American identity. 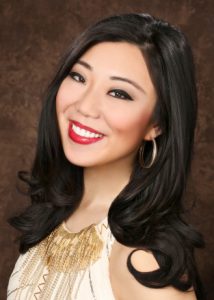 What has been the importance of diversity in your participation with the Miss America pageant?

I think diversity is important regardless of where you are. It’s brought to my attention that it’s something that we need to focus on within the pageant world just because there are so few minorities that compete or [are] even interested in. So for me, being the first Asian American Miss Michigan is not obviously the focus of what being a title holder means, but I think it’s going to get more people interested in this organization.

Can you elaborate on your platform “Being American: Immigration & Citizenship Education”?

My platform when I was first starting out was surrounding arts education because I feel our education has a lot of things that need to be looked at but, throughout this past year being Ms. Lane County and looking at this election year, I just feel that there are so many that are just so many things misunderstood about different cultures, races and religions. What better way for me as a minority competing in this pageant to really bring [this issue] into focus, and that’s what my platform is all about—trying to bridge the gap between foreign-born and U.S.-born citizens. Trying to get a better understanding of each other.

How does your Asian heritage play into your identity?

Although I was born in China, I am actually 100% Korean. Growing up as an individual from a Korean family it was actually pretty difficult to find who I was as a person. It was even more complicated for me when I came [to the U.S.] as a Korean-Chinese born Asian American. I speak Mandarin and I don’t speak Korean but I look extremely Korean. I didn’t necessarily fit in with the Korean population and not completely with the Chinese community here, and obviously don’t look stereotypically American. That has given me the opportunity to figure out who I am on a fundamental level on what I believe in, the impact I want to make, and it’s really helped a lot.

Can you speak to your experience as a first-generation immigrant in Metro Detroit?

I actually think it’s been a lot easier for me to be in downtown Detroit because we have a Mexican town and we have the highest population of Muslim individuals right here in Michigan. We have so many different cultures in a few mile radius and it has encouraged me to be proud of who I am and being proud of being a minority. Whereas where I was growing up it was something I was embarrassed about with just the way I looked, what I ate and brought for lunch in elementary school. Being in Detroit has helped me a lot throughout the past few years. 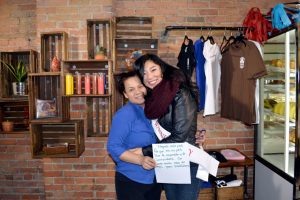 Quan poses with one of the featured individuals of her “Being American” platform. Photo courtesy of itsariannaquan.com

What personal experience has stood out to you when grappling with your identity?

I have “hooded” eyes and I don’t have a traditionally attractive Asian face. This is something my relatives have pointed out and it’s something that has always been a huge deal to me. It’s something that made me feel less than attractive my entire life but as I’ve grown older, I realize it’s what makes me who I am.

In recounting your personal story you often allude to being “different” or not fitting in—how do you hope to convey these feelings as Miss Michigan and as a Miss America contestant?

I think being a different is a huge deal to every child growing up and it doesn’t matter what your upbringing or your background necessarily is. Feeling different is always something we feel ashamed about and something that makes us feel less confident. What I’ve learned especially competing in pageants promoting my platform—encouraging people to embrace their diversity and their heritage—is that it really feels like an empowering thing. It gives you a sense of purpose. It makes you uniquely you. It absolutely something you should be proud of.

What has shifted from feeling different in your youth to being comfortable with your differences and identity as an adult?

It took a long time for me to overcome [not fitting in] with an Asian American friend group to being made fun in elementary school in general. Finally I am at a point to be just really happy with the way I look and it doesn’t matter how tall or short you are or what your face looks like for what background you come from. 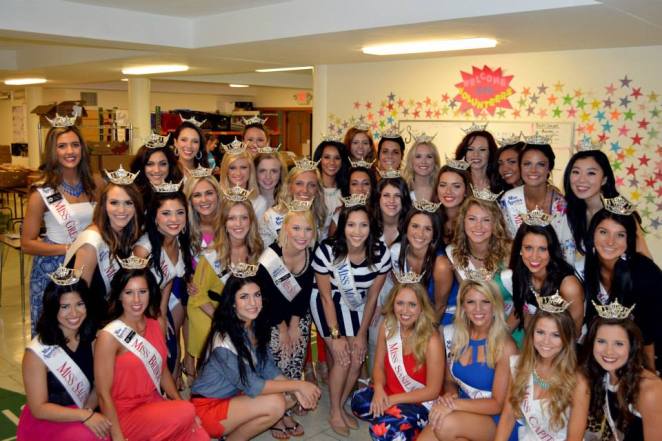 The contestants of Miss Michigan. Photo courtesy of itsariannaquan.com

Do you specifically remember a moment where you said, “Oh, it’s okay to be different?”

I don’t think I came to a specific moment. It took years and years of slowly being okay. I couldn’t continue to doubt myself and continue to be ashamed of who I am-—it’s no way to live really. I knew that if I didn’t change how I viewed myself I would be unhappy for the rest of my life. I think I realized that around when I was around 18. I’m still working on it so it’s an ongoing journey.

What has been the reaction like to your win in Michigan?

It’s been absolutely amazing. My very first appearance was welcoming business leaders from China to Detroit with Governor Snyder and it was with the Detroit Chinese Business Association. It was incredible to speak Mandarin to everyone and to meet so many incredible people in a short period of time. It’s been overall extremely positive.

Have you heard anything from the Chinese public?

I haven’t heard anything personally, but I do have a website (itsariannaquan.com) and I can see [where people visit] my website [from]. Since I was crowned, I have had people [visit my website] from Singapore, Vietnam, China and South Korea. I have so many more people looking at my website, which is pretty exciting.

How do you hope to use your role as Miss Michigan to do beyond your platform?

I think a lot of things that are misunderstood about discrimination of any sort—whether that is approaching domestic violence, or sexual assault—and anything regarding sexism with such things like gay rights is that all those thing change when we look at them at a perspective of minorities. And that certain discriminations overlap and create new forms of discrimination. My experience with, for instance, mental illness, differs from the perspective of an African American male. To be able to talk about issues that are extremely relevant today no matter what they are from the perspective of a minority, it brings a new perspective to light. I hope that it will help solve these issues that we’re dealing with. 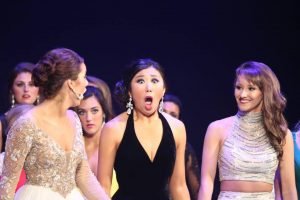