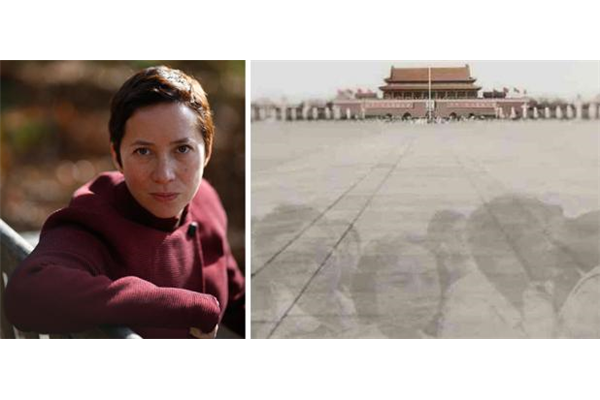 Q&A With Louisa Lim, Author of The People’s Republic of Amnesia

In her award-winning book, Louisa Lim examines how the events of the Tiananmen Square protests shaped China’s national identity, how China changed said events by rewriting its own history.

On June 4, 1989, the Chinese People’s Liberation Army opened fire on civilians protesting in Tiananmen Square in Beijing, killing an untold number of people. Meanwhile in Chengdu, protesters clashed with the Chinese police after weeks of relatively peaceful activities, resulting in a series of street fights and riots. Although the Tiananmen and Chengdu protests of 1989 are considered significant events in China’s history, many around the world, and even within China, know little about what took place. In her book, The People’s Republic of Amnesia, award-winning journalist Louisa Lim describes the protests that took place in 1989, but also details its results and the steps the Chinese government has since taken to remove the events from the public’s memory. US-China Today interviewed Louisa Lim to learn more about the writing process, the Chinese society’s reaction towards the protests, and her hopes for more research on the protests in the future.


Through extensive research and reporting, you piece together the protests that took place in Chengdu in 1989 — an event still largely unknown to many. Why did you feel this was important to include in your book and what is its significance today?

The theme of my book is “amnesia” and how events can be forgotten and wiped from the collective memory. To me, what happened in Chengdu is really notable in that the protests and the quite brutal crackdown were witnessed by so many people — tens of thousands of people that lived through it and who knew that people had been beaten and killed by the People’s Armed Police in Chengdu. It’s surprising to me that such an incident that happened within living memory can be completely forgotten not just within China, but also almost forgotten in history and even academic research. For example, there was a book written about 1989 in the provinces, and there was hardly a mention of Chengdu. I suppose this shows the importance of the press, especially the foreign press, since they were not there. There were no voices to report what had happened to the outside world, and the people who were there, the eyewitnesses who really tried to do that, weren’t heard. So to me, what happened in Chengdu is really the perfect example of collective amnesia, how events can be wiped from history, and how effective such amnesia is.

In the first chapter of your book, you describe the experience of Chen Guang, a soldier that was in the PLA at Tiananmen during the protests. Why did you choose to start the book with his story?

Many of the student protestors left and went into exile after 1989 and wrote their own stories. I felt that their stories had been told, and that the story of the troops sent to suppress the protests had not. In the West, we have this picture of the Chinese army being these well-trained troops, but the pictures that he [Chen Guang] painted when he talked about them were these young kids from the countryside who really had no idea what they were getting into and what was happening in Beijing. They were subjected to such intense propaganda sessions in the weeks leading up to it, and they were just terrified and in a way that I thought that was really interesting; it wasn’t something that I had ever really thought about before. This was definitely one of the stories that hadn’t been told before. His descriptions really transported me there, and all the pictures that he had painted gave me much more of a sense as to what happened. I think for young readers that were not born before 1989, it can be difficult to imagine what it was like.


What is the general consensus towards Tiananmen in China today? How does it differ between generations in China?

I did an experiment where I took the picture of “Tank Man” to four different university campuses in Beijing, and asked 100 students if they could tell me what it was. Only 15 of those 100 knew what it was, and the others really had no idea. They asked me questions like, “Is it South Korea? Is it Kosovo?” 19 people thought it was a military parade, because that was the only circumstance they could conceive of where a tank was on Chang’an Avenue. So to me, this shows widespread ignorance of young people in China – they simple don’t know anything about it.

I think among older people, there’s more of a range of feelings, but I think it’s become very mainstream now to believe that what the government did was necessary in order to put China in the path that it’s on today – China’s current economic prosperity and its rising place in the world would not have been possible without the suppression in ‘89. There is this kind of retrospective justification based on these three decades of economic growth, and I think many people also look at their lives and think their lives have improved so dramatically. They worry that if it had been dealt with any other way, there could have been some kind of chaos, and who knows what would happened. So I think many people are unable to conceive of any other possible outcome and that probably is the result of government propaganda. But even among the people that took part in the protests, this is a reasonably mainstream view.

What is the significant of your title, The People’s Republic of Amnesia? You term the general amnesia as the “great forgetting,” can you elaborate on this?

When something happens, you can’t wipe out memories straight away, so the very first thing that the government did was to control the information space. Right after 1989, [the Chinese government] flooded the market with propaganda. On the television, they had documentaries on 24/7 that described the government’s view of what had happened. Meanwhile, you could go into a bookshop and you could buy books about what had happened, but the content of the books were all pictures of soldiers who had been attacked by protesters. Over time, these books disappeared from the bookshelves, these movies stopped being played, and then this became a big silence. Now, if you went to a bookstore in China and asked for a book on June 4th, people would think you are insane. And you know you can’t look it up online, because the internet is censored, you don’t learn about it in schools, and it’s never talked about.

In the past, if you tried to remember what had happened and mark it in a public space, you would have difficulty. When the Tiananmen mothers, a group of relatives who had lost children in 1989, went to the cemeteries, they would be be corralled by policemen so that nobody else could see their remembering. But 2014 was the first time that people who tried to commemorate behind closed doors were punished. There was a group of 15 people who had a Tiananmen seminar inside somebody’s apartment, and five of them were arrested and charged with creating a public disturbance, even though it was in a private space.

Given that the topic is still sensitive in China, what was your biggest challenge when writing the book?

Everything. Writing the book was a huge, huge challenge. I was working as a journalist for NPR when I was writing the book, so I had a journalist visa, but I wrote the book in secret. I didn’t tell anyone what I was doing, not even my children for a while. I never talked about the book in my apartment, I never talked about it on the telephone, and I never emailed anyone to say I’m writing this book. Research was also very hard, because the internet is so tightly controlled and because a lot of the people that I wanted to interview were under surveillance. So I would ring them up and would make appointments to see them, and I would only tell them what I was doing face-to-face. But because they were under surveillance, it was quite tricky to see them, and I would have to make up other journalistic excuses to write stories that I could quote them on to give me a reason to go and see them. Given the fact that I was doing it secretly while I also doing a day job, the timing was really tight.

Do you fear repercussions as a result of publishing your book?

Yes, all the time, but especially for the people within my book. When I wrote this book, it was in the knowledge that this was not going to be a book that was going to be popular with the authorities. The biggest worry was the safety of the people I wrote about, as many of them have had problems or had been in prison before. But the problem with China is that you cannot possibly predict what the political environment is going to be like in the future. So you never know if something you said two or three years ago, or four or five years ago could get you in trouble in the future, and I was extremely lucky that people decided to talk to me. I think people decided to talk to me, because they realized that twenty-five years have passed, and these stories have not been told, and would there be another opportunity? On the 25th anniversary, just the time the book came out, a couple of the people I wrote about did have problems, but they have problems every year. I think everyone who spoke to me understood that there is a risk and that speaking does carry costs. But the reason why I wrote this book is because that silence has gone on too long.

Do you think that the 1989 protests have had any resounding effect in Chinese policy?

Oh yes, they’ve had a massive impact – it was a real turning point in Chinese policy. After 1989 was when this policy of fast-paced economic growth, but no political liberalization, really took off. It was also the start of the patriotic education campaign in schools, which has produced this generation of very patriotic – some might say nationalistic – young people. When it comes to internal security it was very clear to the Chinese authorities that this [1989 incident] should never happen again, and it really led to the security apparatus that we see today, as China now spends more on its internal security than it does on its military.

What kind of effect do you want your book to have on your readers, especially your Chinese readers?

I just want my book to reopen the conversation on 1989. I think that there is this view that there was nothing new to say, and that’s absolutely false. I think there is still a great deal of academic research to be done on 1989 in the West, and I think academics tend to shy away from these topics because they fear the other consequences for them. I would like there to be more research on it, and I would like the book to be translated into Chinese so Chinese readers can learn what happened. In many cases, young Chinese simply have no idea what happened, so I would like them to know about it, talk about it, and break the silence.