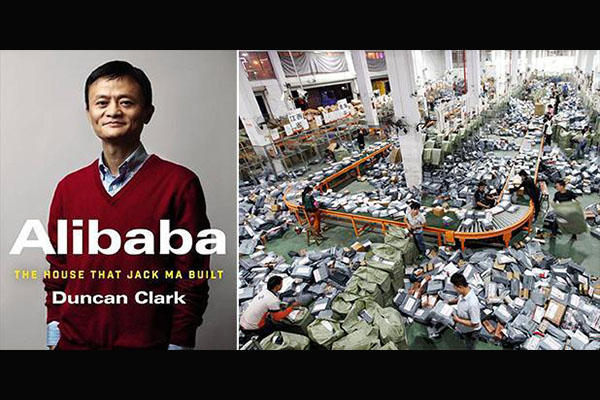 Q&A With Duncan Clark, Author of Alibaba: The House That Jack Ma Built

US-China Today chatted with Duncan Clark about his new book on Jack Ma, touching on topics such as Ma’s sometimes controversial persona and the cutthroat competition of the tech market.

Jack Ma famously applied to Harvard 10 times and was rejected each time. He even took a stab at the fast-food industry, only to be rejected from KFC — 23 applicants were accepted, and Ma was the odd man out. Ma, as Duncan Clark writes in his new book, Alibaba: The House That Jack Ma Built, is not a traditional leader, and perhaps did not fit neatly within the constructs of Harvard’s application process or KFC’s corporate structure. Today, Ma helms a $25 billion publicly traded company and leads more than 45,000 global employees. With contact dating back to 1999, Clark decided to write a book to discuss Ma as both a cultural icon as well as an economic wonderboy. He details his experiences with Ma, beginning from his youth in Hangzhou, detailing the group of 17 friends he build the Alibaba Corporation with, to the present day. US-China Today chatted with Clark about his book, touching on topics such as Ma’s sometimes controversial persona and the cutthroat competition of the tech market. 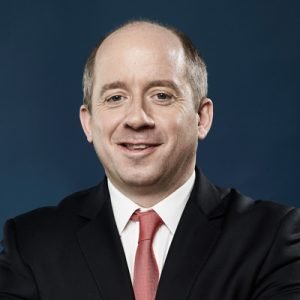 Compared to Western technology icons such as Steve Jobs and Bill Gates, do you thinkMa has a similar following to these individuals? Bill Gates has been vocal in issues of global health; how has Ma been utilizing his newfound voice in China?

Jack Ma has been focusing on environmental awareness. He has been very active on the international front as well as the domestic front. In the US, there’s established tax codes and non-profit organizations. He’s been personally spending to preserve national beauty for future generations. In some cases, it’s difficult as there’s contention and tensions with the farmers and local government. Sometimes it goes against traditions, and in this way, there’s speculation usually. Jack is on the Board of Nature Conservancy, and there’s some controversial land grab in huge amounts in Chile, etc. Domestically, the investment into real estate is still continuing to grow.

He wants to use his celebrity [status] if you will, and if you were watching the news yesterday, Jack was appointed special advisor to the youth entrepreneurship and small business to the United Nations Conference on Trade and Development (UNCTAD). Jack Ma is a global figure; have no doubt about that.

China has been showing a greater concern for the environment, as has Jack Ma. Ma has chosen to commit 3% of the company’s profit solely towards the environment. What do you think is behind this decision?

Air, water, and soil pollution, plus food security might not be the most fascinating concerns in Chinese daily lives. Jack Ma has chosen to raise awareness though his action. Although China is a different situation, great industry barons such as Rockefeller and Carnegie were very philanthropic in creating their foundations akin to the actions that Jack is undertaking now in nature reserves and the like. This is a new frontier, whereas in the past helping others was almost linked to their own familial clans. More generally, Jack is creating a more giving gig like Warren Buffet. All the way back in 2007 there was a company culture of community and serving others at Alibaba. As a whole, the company believes in investing in their community. It’s civic awareness, so to speak.

Ma recently said, “The problem is that the fake products today, they make better quality, better prices than the real products.” How do you think this belief will affect Alibaba’s anti-counterfeit efforts?

If you look at the full quote where it goes on, [Jack Ma is addressing] the power of manufacturers in China, and the power of small businesses.

You should look at TIMO, their consumer basing product, where they buy directly from the brands, and they offer genuine goods. The real problem is Taobao where merchants can sell whatever they want. The [online retail industry] is an area of progress, but it’s also true that Chinese consumers want to buy the real thing, and the question is pacing [the speed of growth of the online retail industry].

Some brands are working [with] Alibaba, and there’s also a lot of work being done in this area. Jack Ma is looking into big data to combat the distribution network within the Alibaba network. [For example] they might be misspelling the product [name] in regards to shark fin soup or ivory.

How quickly do they pull them down? At the moment, they are utilizing e-commerce to investigate illegal sellers of ivory or shark fin soup. Jack’s comment out of context wasn’t very helpful, and he’s being a very fair shooter. Jack sometimes says things that can be misinterpreted, and he likes to speak frankly which is also part of him as an individual.

You brought up at the end of the book that Jack Ma has been a “variable disruptive innovator” in the medical field and the banking industry, though he was later told to leave both industries. Are there any other industries that the Chinese government would warn innovators from approaching?

Well, first of all, Jack hasn’t been told to leave the banking industry. I take that view, and the official mantra is that we [China] need more innovation. [That means] moving from “Made in China” to “Designed in China,” and “Sold in China.” From the state company to the private industry, state-owned industries will fight back. Banks will fight back.

The Communist Party knows that these state-owned enterprises left to their own devices will tend towards being monopolistic enterprises with low growth and minimum profits. They have used policies of free trade in the form of the WTO to threaten smaller industries. Looking around here in China, I see there’s still a very small share of Foreign Banks such as HSBC or Citibank. It’s still a very protective market. Mainly, the Communist party wishes to spur on competition in a limited realm. There’s a huge demand to diversify their savings. People will emerge to fill the gap in banking, and the internet is a tool that can introduce new desires and mutual belief. It’s a problem here in the US. I’d say that’s the wrong question to ask. It’s more of a question of how the Chinese wish to control it. 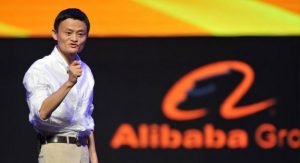 Something you brought up in your book was the prospect of the lower class and upper class really understanding the appeal of Alibaba in the United States, while the middle class has little to no interaction with Alibaba. Why do you think this is?

Should Alibaba even try? They had a site in America called 11 Main, but they had to sell the digital store because it wasn’t able to offer something better than Amazon. They are popular in Israel or emerging markets that aren’t so dominated by US companies. Alibaba is trying to break into those developing markets. While they themselves keep offices in London, Paris, and Milan, they are [also] trying to recruit western branches to sell into China. They aren’t trying to compete directly with Amazon in entrenched markets. All retail online in the West is very efficient because they’re competing with strong offline players such as Costco. There’s very little room for entrance while emerging markets don’t have so many strong offline or even online players. There’s an opportunity that Alibaba can interrupt the market simply because Alibaba strives on inefficiency that’s apparent in the emerging markets.

You mention that Alibaba is attempting to bolster its foreign talent by establishing foreign offices. Do you think this relates to the company’s efforts to be more attractive to foreign markets?

In the long-term efforts, Jack wants half of the company’s revenue to come from overseas in the next “what I forgot” years to come from but a huge chunk there when you think about what China has such a huge base. Like where they are going to find these opportunities?

For example in Indonesia, Jack Ma was invited to be an advisor in regards to developing e-commerce with federal officials. It’s huge, and they need foreign talents to make it happen worldwide. The Alibaba Global Leadership Academy in Hangzhou already invited dozens of young entrepreneurs to train them. They need to truly globalize from the success at home to that of cross borders. They don’t want to fail like Ebay in China where they over-expanded in too short a time. So they are taking their time.

Mark Zuckerberg is eyeing the Chinese market for Facebook. Do you think Ma will enter the social networking realm?

Not really. This is Tencent’s realm with WeChat, and you should look more into the mobile native application where it’s basically created whole communities of messaging and chatting. Weibo, so called as China’s Twitter, is more restricted. WeChat is really dominant, and Tencent could be the most noticeable rival to Facebook. Although Facebook is facing difficulty moving into the market because they are blocked there. It’s not isolated like Korea or Japan where you get exotic apps from a Galapagos market. China is very much connected to the rest of the world, where they join in by scale and nature. WeChat is just so dominant, and you should look more into Alipay where it’s a mobile wallet that goes beyond [typical services].

What does Uber folding in China mean for American tech companies looking to enter the Chinese market?

I wouldn’t call Uber a failure. Uber never did that well in China in the face of Didi. But I should say that Uber was able to raise money locally for their ride sharing service in China, and there’s Chinese competition against Didi as well.

They basically traded their hands like Yahoo did with Alibaba where they get a piece of the local players. Rather than Ebay’s attempt to totally destroy their local competitors. Should the US expand into a very dominant market where they want to compete?

In Europe, where Alibaba have been a very successful, China has very strong local opposition and it’s hard to garner support and the regulatory system works against them. It’s increasingly a technology that the rest of the world would be able to take advantage of. It’s better to be a merchant than a missionary. Where it’s ideal to be able to trade with the local players than to show your platform to the Chinese market. It’s a very difficult market, but as the Uber case shows, there was a considerable chance at success.