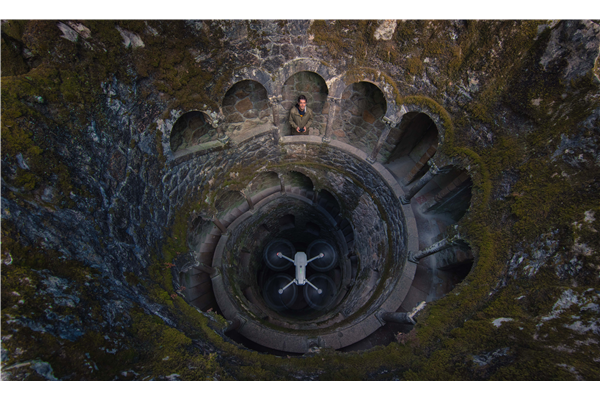 US-China Today caught up with DJI’s Michael Shabun about the company’s latest product and the controversial crash-landing on the White House’s lawn.

Michael Shabun, marketing manager of Dajiang Innovation Technology Co. (DJI), waxes nostalgic about the entrance of technology in our lives. “When the car first came onto the market in 1907, there used to be a person that had to stand a couple of hundred yards away with a gun, and every time a car passed by he would fire his gun and say there was a horse-drawn carriage approaching.” For Shabun, much is the same for the advent of drone technology: “Look at how far we’ve come in a little less than a hundred years… Eventually there will be super highways in the sky for drones to fly autonomously.” In his role as DJI’s marketing manager, Shabun is no stranger to the rapid adoption and implementation of technology. Chinese entrepreneur Frank Wang founded DJI in 2006 — today it is the leading company in the civilian-drone industry with sales that have either tripled or quadrupled every year between 2009 to 2014, according to Forbes. DJI recently released its “made-for-cinema” Inspire 2 and Phantom 4 Pro in Los Angeles. US-China Today caught up with Shabun about the company’s latest product and the controversial crash-landing on the White House’s lawn. 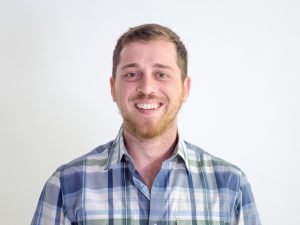 You started your career with DJI in 2014. Have you seen any changes from the consumer side in the Chinese and American market since 2014?

There’s been a number of changes. In 2014 when I first started, DJI was still very much an unheard brand. As we started focusing our marketing on the content side, on the consumers, branching out into the general public, we start becoming more of a household brand. I think it is interesting that we are a Chinese company that coming to the United States market and disrupting the space quite a bit. I don’t think that has ever been seen before from many other companies. It is kind of an interesting position to be in.

How would you describe the position of DJI in the Chinese and U.S. drone market?

DJI is the industry leader globally, whether it is in the Chinese market or in the US market. We are synonymous with the word drone now. When you heard of DJI, you obviously think of drone or vise versa. We have about 70% market share on the global consumer drone market. Most countries you go into now sell our product. We are on every continent, globally you’ll see our product used in most countries. We are actually more dominant in China and US than many other brands.

What do you think are the differences between the Chinese and U.S. drone market?

I think the policy side is the big difference right now. When you go to different countries, you’ll see the regulations in every place are different. In the United States, the FAA is the governing body here; they take pretty serious approach to what you can and cannot do. Originally, when we started with the section 333, it was a lot more difficult to obtain a commercial pilot operator license. But now with the section 107, the FAA is actually loosening up a lot of these regulations and it’s opening the market to people who want to become a pilot professionally. In China, the rules are a lot less regulated. There are obviously places that you can not fly that have no fly zones, like Tiananmen Square. But for the most part it is not a requirement that you get a pilot license.

The was also an accident in 2015 when a DJI drone accidentally crashed onto the White House lawn. After that, DJI adjusted its navigation system, which put the White House in the “No-Fly” zone.

Sure. It is very important for DJI to develop good relationship with government in different governing bodies, and we take our technology seriously. So we try to prevent people from misusing it. By doing so, we built in certain safety features where that’s not possible anymore . Yes the fact that it happened essentially allows us to start putting out safer technology. I think it is also important to know that incident was very high profile, and it did happen in a very high profile area. I think it is important to know that the flyways and the crashes that we’ve experienced have been reduced to a very marginal number in the past few years because of our technology.

How has the White House incident influenced future partnerships?

We take a lot of our partner’s feedback and consideration [into account]. We are not just going to go out and say you can’t fly here or there. We want to make sure to give everyone fair feedback. So we take the government’s opinion into consideration, [as well as] our partners, our users and the regulators, of course. We try to find a balance to make everybody happy.

I think the great thing to know is that even in restricted areas, you have some access of flying. Police officers that need a drone at an airport, how do they do that? We have a new app called GEO, and that GEO app essentially allow you to self-regulate where you can fly. So we allow our users to register on DJI.com and open up the restricted areas for them to fly. But [we] established this system where if someone does something wrong, we know who that person is. So we can essentially find them and they could be reprimanded. If the user needs to fly in the restricted area, they have to register. Also, you have to register your drone with FAA, it’s five dollars per drone and you register your series number. It is essentially like your drone license plate.

Who is the biggest consumer segment in the Chinese and American drone market?

The general consumers are still the biggest users. You know the hobbyist people who fly for fun, people who are going on family vocations, people who love taking photographs of their travels and destinations. But what we see the biggest merging group in the next five years is going to be the industrial space. Companies that use drones for news gathering, for environmental inspection, for agriculture, for wind turbine inspection, you name it. All of those user cases are going to start becoming a lot more dominant, once companies start developing their internal operation policies. So once they can do some testing, write some code, then they’ll start buying their fleets. But that is in the future, currently it is still the consumer space.

With the emergence of the new drone companies in China, do you think China has been leading this technology globally?

I think China is definitely, because of us DJI and the few others, the biggest player in the drone market. But interestingly enough, the biggest market for those drones is the United States. But that said there are really great companies that are North American and Europe based that have very unique user cases. There are some great platform out there that. If you are talking about multi-rotors and quadcopters, DJI makes by far the best product. What we are starting to do is, we are starting to make product that are specific for every industry. So in the future you’ll have a lot of different DJI drones out there, but each serves a very particular purpose.

Will DJI partner with different industries?

Yes, absolutely. We just announced a partnership with a company called PrecisionHawk. PrecisionHawk makes software for mapping. Now you are able to fly drones with this custom software that enables you to see typography and different types of soil content. We also make an infrared camera, thermal camera, so you can see heat signatures, you can see water drift off. So there are all these really amazing thing you could do with partner brands. Another partner brand is Flir, a company that makes the thermal camera. So now we are seeing that people who are performing search and rescue are able to find people easily at night time.

How can the drone technology benefit the other industries in China specifically?

Like we talk about before, it can be any emerging industry, like agriculture is a huge industry right now in China. One challenge for a lot of the farmers is that they do not have access to the recourses that farmers in the US or the other countries would have. They are running small to medium size farms, which it doesn’t make sense to get the biggest industrial tools. So what DJI is doing now is we are currently set up a program where you can hire a pilot with their own gear came out that essentially spread your farm for you. So it’s those services that allowing small to medium size business to compete with the largest ones. We are opening jobs across the world. There is an estimated that there are already 100,000 new jobs that have been generated by the drone market. 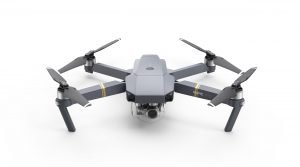 Xiaomi is reported to possibly be designing its own drone product with a cheaper price, how will that influence the drone market?

I think we talked about it earlier, that there are a tons of other companies out there, they are making drones. But DJI, we are a little bit different because we’re taking the technology we created many years ago, and refining it time and time again. We’ve had the time to understand what works and what doesn’t, both from the technology standpoint and now we’ve became the camera company, so we’ve essentially shifted a lot of our focus into making these powerful cameras that can compete with larger camera companies, even cinema cameras. So I think it is great that a lot of other companies, they see the huge potential in the drone market and they want to come out and make something great, but it is not that easy.

How is Shenzhen, the Chinese Silicon Valley, benefiting from the development of DJI? Do you think DJI could develop well without Shenzhen?

Every time I go there, I see thousands of cranes, and there is always a building getting put up. It’s the fastest growing city I have ever been to. And it is because of companies like DJI who are pacing the industry. Shenzhen allows companies mature and grow very quickly because of various policy and laws. I do think DJI would still grow without Shenzhen. I think DJI at its core has its technology that people are very passionate about, people love. And it’s with that technology the company is able to grow. The city can impact it a little bit, but I’ve seen a number of other companies, drone companies, out of Shenzhen who try to start up but failed. So it is mostly the company.

When is the new product going to launch? What can you reveal about the product? Why did you propose to launch in Los Angeles?

We just made an announcement this morning, we are having an event on 15th of November. I am not allowed to say much about it right now. I can say that it is going to be very exciting. You have to go to the event and see. I think we have not really had a product launch here before. Most of our efforts have been focused on New York and San Francisco, we’ve done somethings overseas in the Europe. In LA I think deserves to get one. Los Angeles is actually an aviation hub of the world. Also technology is becoming big here. Everyone knows about Silicon Valley, but what’s becoming huge in the past years is Silicon Beach.