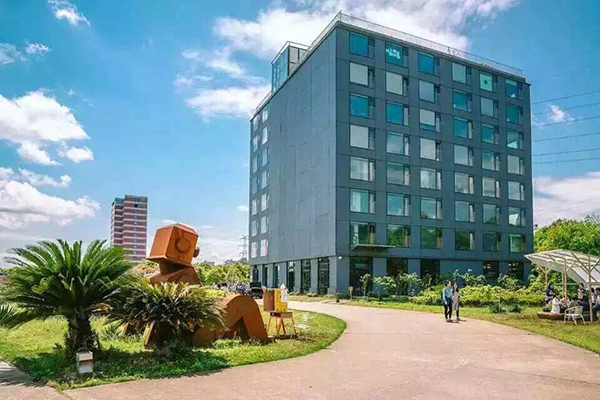 Shared work spaces have taken off in urban centers of the world. In Changsha, the capital of China’s Hunan province, two creatives have founded their own version of a shared live/work space.

Daniel Zhang, 28, and Angela Huang, 25, met as undergraduates at Carnegie Mellon University. Today, the two are engaged and have founded P8 — a shared work/live space in Changsha, the capital of China’s Hunan province, which they refer to as “a professional utopia”. P8, a workspace and dormitory, invites specialized craftspeople such as carpenters, musicians, photographers and artists to take part in its projects while fostering productivity and collaboration among its participants. For Zhang, building development is part of his family’s history. While his family heads the BROAD Group, Zhang himself served as chief designer for the BROAD Building at the Shanghai World Expo. Huang previously worked as a senior designer at Ogilvy. US-China Today spoke with Zhang and Huang about their professional collaboration and motivations behind the project. 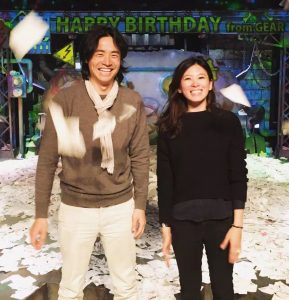 Can you elaborate the meaning of the name P8?

Huang: In Mandarin, ‘P8’ is the sound of a spark. When one idea meets another in P8, we believe there will be sparks. Our vision is to gather the coolest individuals together in an equally cool place. Together, we hope to create cool stuff.

What do you think differentiates P8 from other shared working spaces in China and beyond?

Huang: P8 is a combination of an incubator and a shared-working space. We work together, live together and have fun together. In terms of incubation, we are not talking about merely giving our innovators funds or tech support. Above all, we are sharing a culture. I feel it is like parenting. We would not ask our kids to make money first, instead we give them love and care.

You studied in the U.S. at Carnegie Mellon University. Did your experiences overseas affect your decision to found P8?

Huang: When I was in high school in the U.S., my family wanted me to become a doctor, as I come from a long line of doctors. It seemed like a natural choice. I applied to lots of universities and I got into the school of design at Carnegie Mellon University. Back then, I had to lie to my parents that I was going to study biology. By the time my dad found out that I ended up studying industrial design, he was so upset with me that he did not speak to me for three months.

After graduating from university, I worked in many different places in the U.S. I thought that since I was very young, I should experience as much as I could. But what I am doing right now with P8 is totally different from what I used to do. I worked for PR companies, design studios and even advertising companies, but I never tried to start my own business. As an entrepreneur, there is a new challenge every day. My experience in the U.S. provides me with a different perspective. It is not necessary to be utilitarian. I tell myself there is no need to worry over trifles. Daniel always says we should not be bothered by a small amount of money or time.

Zhang: During my time in the U.S., I stole a traffic sign and put it in my bedroom. I think those years contribute a lot to my personality — I don’t regret whatever I did. Perhaps that is why I dare to make many bold decisions when it comes to creating a new lifestyle. I trust my gut. 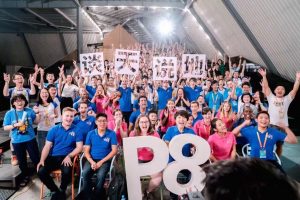 P8 collaborators gather in the building.

Why did you decide to start your own business?

Huang: We wanted to build a design company at first, because I am a designer and Daniel is an architect. We just wanted to do something we love together. However, when we first moved to Changsha, we had trouble finding the adequate resources we needed; an ideal working space, for example. Thus, we thought, why not build one ourselves? We started as a workshop, and gradually it became a shared working space.

In what ways can shared work space alleviate issues associated with traditional offices in China? What issues do shared-working spaces uniquely address in China?

Zhang: China is still too big to define. Each city in China has its own personality. The reason why we chose Changsha, instead of Shanghai or Beijing, is because we wanted to take a risk. Building a hub like P8 in Shanghai or Beijing is definitely easier than building one in Changsha, but that is the most intriguing thing about it.

After I built P8, I visited the Embassy Network in San Francisco, a place where start-up entrepreneurs from all over the world can exchange ideas. It inspired me. I also paid a visit to Dr. Paul Jacobs recently. He is an American businessman and the current executive chairman of Qualcomm. Jacobs was recognized by Qualcomm employees, via Glassdoor’s annual survey, as among “the Top 10 CEOs at U.S. Tech Companies.” Dr. Jacobs and I discussed a lot about the future of the Internet. The model of shared work spaces is much more mature in the U.S. As for what we are doing right now in China, there are three phrases to describe it: trial and error, unfinished journey and iteration.

What has been the response to P8 in the community?

Huang: Lots of people do not understand what we are building. But when the principal of New York University Shanghai visited here, he said P8 was amazing and he got it. He has seen lots of places like us, including incubators in the U.S. and in Shanghai, but he thinks those are not breeding anything creative. P8, on the other hand, is creating a new culture. It takes time.

What are your future plans for P8?

Huang: I want to make P8 the best wonderland in the world, an ecological wonderland. The goal for next year is to focus on sustainable innovation.

Zhang: To help friends who live and work in P8 reinvent themselves. 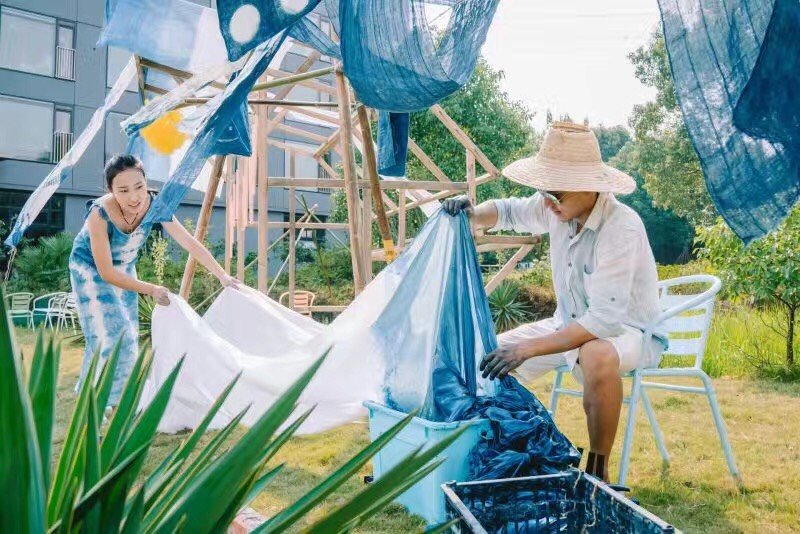