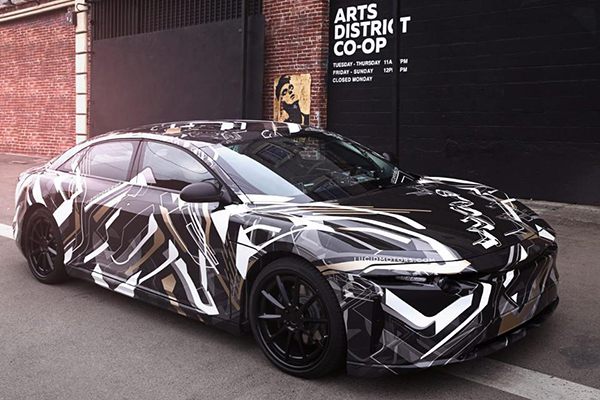 Automotive expert Michael Dunne explains why Chinese car companies are aiming for international luxury markets and what this means for the future of China’s automobile industry as a whole.

Michael J. Dunne is no stranger to the international automobile industry. Born and raised in Detroit, he studied marketing and Chinese language at the height of Detroit’s auto manufacturing heyday. At General Motors, he devised distribution strategies for the company to enter China during the dawn of the market. This move was a pivotal point in Dunne’s career, and he has since specialized in the Chinese automobile industry, witnessing China transform from having fewer sales than the state of Michigan in 1989, to becoming the largest consumer of cars today. With his nearly 25 years of experience in the Asian car industry, Dunne is now the founder of the leading global automobile consulting agency Dunne Automotive and the author of the novel American Wheels, Chinese Roads about the the success of General Motors in China. He has spoken in major venues across the world, and has written extensively on the Chinese car industry for outlets including Forbes and the Washington Post. US-China Today spoke with Dunne to understand why Chinese car companies are aiming for international luxury markets, and what this means for the future of China’s automobile industry as a whole. 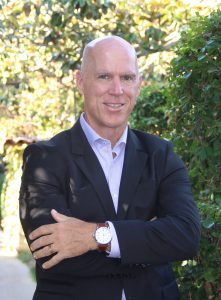 Why do you think China’s car companies are aiming for globalization?

It’s a natural progression from where they’ve been. Capacity in China has been running way up from demand, demand has been slowing noticeably in the last couple of years. At the same time Chinese car companies feel from a quality perspective they’re ready to go overseas, so a combination of slowing growth at home plus the capability to compete globally in terms of quality and cost, that’s what’s driving them overseas.

No matter what country it is, car demand tends to be a very good leading indicator of overall economic direction, and China’s no exception. So we’ve seen significant slowdown last year and less of a slowdown this year, but that’s in part because the government has continued to cut taxes on small cars, which means prices are upping. And so we don’t have ancillary growth this year as last year, but it’s artificially induced, and the auto manufacturers know it. And they know that with the capacity and slowing growth, margins are squeezed, which means profits will not be what they were before. So they’re looking overseas to make new markets and new money.

The first and most important challenge from the perspective of overseas customers is when they hear China, they equate that with low price and questionable quality. And so the first thing that Chinese automakers would need to do is to prove to these new customers and new markets that they’re building and delivering reliable cars that won’t be just cheap prices, and then fall apart. That’s the number one goal to establish credibility for quality and reliability in the minds of overseas customers.

How are Chinese car companies showing this credibility?

Well, it’s interesting, the Chinese are taking a different approach, very different from what the Japanese and the Koreans did. The Japanese/Koreans took a long road, over decades in fact, they came in initially with low cost cars that were not the best quality, they sold them, and then over the years they gradually and methodically improved quality, but it took decades to win the trust of American consumers. We look at investment by Chinese automakers that are here in California, and they’re going for high-end, premium electric vehicles, that’s their starting point. It’s almost the exact opposite of what the Japanese and the Koreans did, they’re coming in from the top end, with high technology and high priced cars that will be in the range of $100,000 or more. “Tesla fighters” if you will. And so the Chinese have clearly said in order to win the trust of consumers, why don’t we come in from high quality, high-end manufacturers first, rather than starting from the bottom and trying to work our way up.

The most natural target for the high-end, Chinese electric vehicles makers is Tesla of course, but in the home market of China they would also start to go after the German luxury makers now dominating China’s markets. You know this year the Germans, Audi, Porsche, BMW, Mercedes, will combine to sell almost two million luxury cars. That’s a huge number and it would be a natural ambition for Chinese automakers to try take a share of that luxury market as well. Tesla, plus, German luxuries are the natural targets for these new companies.

They’re sort of doing a top down strategy to establish the brand, to establish consumer trust first, and then once they’ve done that, look for them to step down. It’s always easier in business, in marketing, and in branding to step down then to step up. That’s the idea it might be helpful to readers if I share just briefly the names of some of these companies they’ll come to know in the coming weeks and months. In California they are already five Chinese, high-end, electric vehicle makers. One is Faraday Future, another is called Next EV, a third one is Lucid Motors, a fourth one is Karma, and a fifth one is BYD. BYD is a little different as they make high end luxury buses, not cars, but they’re also a high end maker.

What is the reasoning behind wanting to establish the actual manufacturing of the cars overseas?

Good question, at least in three of the cases they’ll build both in China and in the United States. They want to build in United States in part because the supply chain for high end electric vehicles is already established here, as thanks to Tesla there’s a real concentration of high-end technology and talent. It’s easier to build here next to Tesla, than to try to bring everything back to China. At least initially in the case of Karma, in the case of Next EV, and in the case of Faraday Future, they’re also building plants back at home to produce the same vehicles in China once they established the capability of doing so here in California. It’s sort of a “parallel play.” 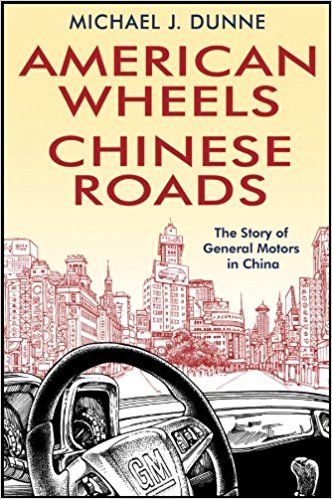 I recently read one of your articles through Forbes talking about how these Chinese car companies are trying to not make it seem they’re an actual company from China, instead trying to use a marketing strategy where they are trying to erase ties to China.

Yes, it’s very much them positioning themselves as a global auto maker with operations in United States, Europe, and China, bypassing any stigma that might be associated with being a Chinese company. That’s being consistent with what we talked about in the front end, which is how their number one challenge is how to convince overseas buyers that they’re the real deal, that they can build high quality, reliable, vehicles. So by changing their names to global sounding ones like Next EV, Lucid Motors, Faraday Future, they hopefully sidestep any questions about being Chinese-funded. Now of interest in that most recent article, I was called by the people at Lucid and they said, “We saw this article talking about Chinese car companies, but we’re not actually Chinese.” And so I said okay, I’m glad to know that I didn’t realize that you weren’t actually Chinese, can you help me understand what your ownership is then? And they said, “Oh it’s our policy not to reveal our ownership.” It turns out they also said they have American and Japanese investments, but my takeaway was that it was clearly driven by Chinese shareholders. Interesting that they would take this step to call me, to try to downplay that fact that they’re a Chinese-funded company.

So in that sense, is there any idea in the future where they could be able to market towards Chinese customers, or within this erasing of Chinese ties marketing they’re really aiming for just international markets?

You hit on a very interesting point, from the perspective of Chinese customers they still will buy it in favor of foreign sounding, or foreign brand. So the gap is narrowing, but for most modern Chinese car history, given a choice, Chinese customers prefer foreign brands to Chinese brands. They view them as more prestigious, they’re considered better quality. So as of course, a cherry on top for these Chinese automakers, is when they bring their products back to China and they carry a global sounding name, there’s a benefit in that too when they go selling to Chinese customers.

For example, in the case of Next EV, I think their plan in China is to market themselves as “Weilai”, which might be a Chinese thing, but behind that Chinese customers would understand there’s a brand called Next EV that is a global brand, which gives them more confidence. Another recent example of that is Geely, which owns Volvo already, they launched a brand new global brand in Sweden called “Lynk and Co,” which sounds a little bit like Lincoln, but more importantly, it established itself as a brand outside of China, so that when it’s sold back in China it may have more allure. Very interesting, totally different from Japan and Korea, where Japanese and Koreans buy their respective homebrands almost out of national pride and allegiance. Chinese customers are a little bit like American customers, in the sense that they’ll buy what they want to buy. At least for the time being it’s been global brands seen as more prestigious than Chinese brands.

You mentioned China being number one in electric cars and development and so on, could we see that have a major impact in the future for China’s overall attitude towards the environment are these cars just to be made and sold abroad?

Definitely the direction in China is for more electric vehicles to come on the roads. In reality it will take so many years, because China already has about 280 million vehicles on the roads and almost all of them are diesel and gas. So we’ll see more electrics on the road, and it will help with air quality, but expect no miracle. This kind of thing takes time, because the existing population is of older, polluting vehicles, and that just won’t go away in a hurry.