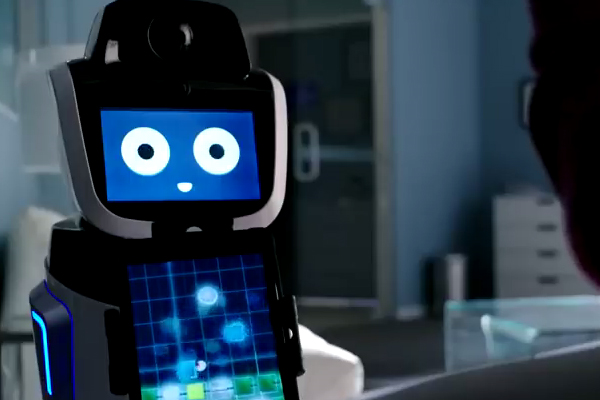 Frank Tobe of The Robot Report explains the importance of the Benebot and the fast-paced growth of the robotics industry in China. 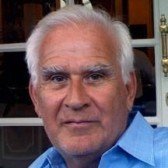 With a chipmunk-like voice and large, cartoonish eyes, the Benebot 3 is a three-foot-tall intelligent assistant robot that recognizes faces and can converse with customers. Developed in 2015 by the Chinese technology company EcoVacs, the Benebot and its popularity reflect the fast-paced growth of the robotics industry in China. EcoVacs claims that the robot could even replace sales people by helping customers find what they want. The Benebot 1 has already been implemented in 34 cities in Jiangsu Province. To learn more about Benebot and robotics in China, US-China Today spoke with Frank Tobe, the founder of The Robot Report, which reports on general robotics, industrial robots, robot software and autonomous vehicles. Tobe is also the co-founder of ROBO Global, a tracking index of the robotics industry with over $2 billion in net assets and an year-to-date return return of 43.29% in 2017, according to Yahoo Finance. Tobe shares his opinions on the Benebot’s success and what this means for the future of the robotics industry.

Why is the Chinese government using robots such as the Benebot?

The Benebot is a legal bot and it is uniquely Chinese. This bot is uniquely Chinese in the written language, paper-work specific tools, etc. China is using these robots because it is leap-frogging ahead of existing businesses and moving right into advanced technology. For instance, in some places people have just leap-frogged over landline phone systems and gone to cellular, such as the Balkans and in war-torn countries where they are rebuilding. That also happens in China. If you look at Shenzen in particular, it has gone from a fishing village with 300 thousand people to over 15 million people, and none of them have land-lines. It is a very high-tech city.

How did the Benebot become successful?

iRobot comes along with a good idea of a floor cleaner, or Ecovacs comes along with a rip-off, and they get enough revenue from the rip-off to go find an improvement with local talent, and now they have a great product. They are now tied up with Alibaba and really promote it and the other products they have, and all of the sudden they are a big consumer products company in China. Because of that they are able to take their next venture, the legal bot, and actually get people to listen to them and give them a try. That is sort of what is going on, all over.

How might the further use of robot assistants affect life in China?

Everybody has an apartment or condo in China. They are really using these floor cleaning, carpet cleaning devices and now these Alexa-like devices. Because the working population is young in that way, those types of products, whoever’s brand they are, such as Chinese brands that are almost identical to the Ecovacs products. They are taking off like mad and they are cheap and fun and they fit in those little apartments. They perform a service of floor cleaning or window cleaning or prompting you or answering questions verbally.

How are robotics viewed by the Chinese government?

I was just writing a story right now where the Chinese government wants to get in. It’s about how the Chinese government pushes for a stake in local tech giants such as Alibaba and Weibo. Chinese regulators are considering taking a 1% stake in these companies. But who knows whether they execute this special project of “Special management shares”? Alibaba’s Jack Ma has appeased the government by showing intent to invest billions of dollars in Chinese economic and social growth, but he doesn’t want to give the government the 1%.

What type of robot do you believe has the most potential in China? Whether industrial or human-interaction, or drones, etc.?

I think that China is still on an automation kick and will be for the next 10-15 years. It’s competitive which implies that industrial robots and mobility and logistics robots will be the biggest growth areas.

Chinese cars are not that good. Because of this they are hard to export and nobody wants to buy them outside of China. China auto companies are automating thanks to robotics to improve the quality and consistency and reliability of their products which you get by not using human labor on critical parts and components. And that concept of replacing or not working with humans to make products exportable and safe for use, is driving the automation in china. And will do so for the next 10+ years or so.

The way they have competed in the past is to rip off the technology and duplicate it and sell it domestically at much lower prices. Now they are actually innovating products that are equal to or better than them. For instance, Universal Robots is the leading manufacturer of collaborative robots. There are three or four companies in China that are making better products and cheaper prices. However, like all robots they need these speed-reducers and encoding joints and components that fit on every degree of freedom, like Harmonic Drive manufactures. Nobody in China has been able to produce these Harmonic Drive devices to the same level of quality. The most expensive thing in Chinese robotics is the internationally purchased Harmonic Drives from Japan and Germany. And that will probably continue for a while. These companies are swamped with back orders.

How much does Benebot’s success contribute to the success of robotic indexes such as ROBO, your ETF [exchange-traded fund]?

Why aren’t they right now?

We are pretty conservative in the index. We only take companies that are evaluated to $200 million or more and have a trading volume of at least a few million dollars a day, and also are either robotically related to a significant degree (<25% of revenue comes from robotics) or they are pure-play like iRobot. We expect that ROBO Global, the producers of the ROBO, could in the next six months add these four Chinese companies to the index. [These would be] Siasun, E-Deodar, Harbin Boshi and Hangzhou HikrobotTechnology. This fund is so big that if we were to buy shares of them and if they were, for argument, pure-play companies [companies that focus on only one product or industry], we would buy $25 or 30 million of those stocks, and conceivably that would throw the market off, and we have to be sensitive of that.

The article has been updated to reflect the following: the Benebot 3 as a shopping assistant, the Benebot 1 as deployed in Jiangsu, Harmonic Drive as a company, Harbin the city, and the complete name Hangzhou Hikrobot Technology.