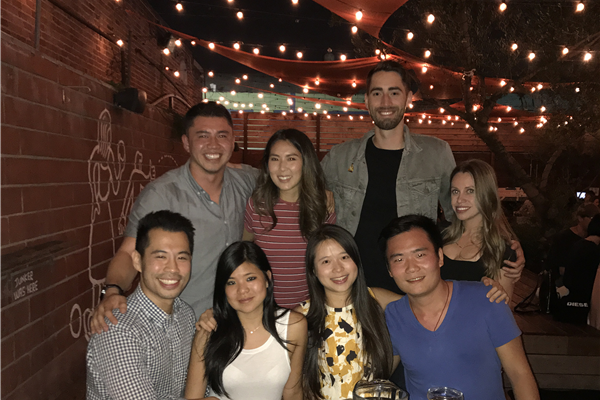 Nick Young is an Asian-American entrepreneur with Southern California roots. His company, CommerceLabs, boasts nearly $12 million in revenue in the last three years and continued success in working with Chinese manufacturers.

Nick Young, cofounder of CommerceLabs, is part of a young entrepreneurial class of Asian Americans. He keeps a low profile and proudly serves beer on tap in the office. As cofounder, he oversees the marketing, branding and international expansion of big-name companies with outsourced manufacturing. With a revenue of nearly $12 million in the last three years, Young is humble about CommerceLabs’s steady month-on-month growth. The company is uniquely positioned to succeed in the growing market, as Young is as an emerging Asian American entrepreneur in Southern California. Following a business trip to China, US-China Today caught up with Young to understand the mentality of Chinese-American entrepreneurs and the experience of managing an international business. 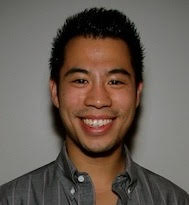 What is your latest business venture with China? How has it been establishing business there?

We actually have a lot of Chinese people we contract with, and we work with over 30 to 40 different manufacturers at any given time. We go there from time to time build guanxi 關係 [relationships]. And we go to [China to] put a face to all these online transactions that are happening.

Our business is basically an ecommerce company that is focused on developing brands to be sold on marketplaces such as Amazon and Jet. And we really built a specialty selling on these marketplaces. We have been able to insert ourselves in home and kitchen spaces, and we have done that for the past three years. We have grown from $2.5 million a year to $12 million a year in revenue. Nowadays, we are more into consulting, in helping companies bring themselves to the ecommerce market.

Did you experience any failures in your early days? And what are some key lessons you’ve learned from them?

It’s easy to go with the cheapest price, and in China, there is always somebody who’s willing to undercut another person. That was our mistake. Are they available, do they respond on time, are they specific on how they keep their promises?

We build experiences working with China, and I feel comfortable having gone to China a lot… [It’s important] to be conscious of what [your business partner] is like on the other side of the world. It’s easy to ignore that when you’re focused on the price. As an entrepreneur, it’s all about asking the right questions, and remembering this common adage “You get what you paid for.”

What are some best practices in e-commerce and entrepreneurship that you’ve learned from China?

These Chinese companies have huge domestic markets to draw from, and it is a $1.2 billion potential market. Due to their protectionist trade policies, these Chinese domestic manufactures only have to compete among themselves. The American companies are competing with companies all over the world. The U.S. needs to consider policy regarding intellectual property theft and innovation.

What has been the experience of being a Chinese-American entrepreneur in Southern California? Has it made you stand out against other entrepreneurs?

I don’t think being Asian-American make me stand out against other entrepreneurs. It helps me in the sense that I understand due to my upbringing what Chinese culture is like. There is a lower entry barrier, so to speak.

I also have an open-minded approach to having a global workforce. More than half of our employees are based out of the Philippines. I feel comfortable hiring people who aren’t based in the U.S., unlike the companies I used to work out of.

Why did you decide to base your company in Los Angeles? In terms of entrepreneurial culture, what do you think Southern California has to offer as opposed to other places?

For starters, I grew up here. I love Southern California, and I want to live here. The other part revolves around the difficulty to relearn the domestic market in China, and it is a completely new market. I already inherently understand western market, and it is why I decided to base my company in Los Angeles.

Have you found community with fellow Asian American entrepreneurs?

I would say the Chinese entrepreneur community is rather tight-knit, especially those who emerge from the San Diego valley area. A lot of us are friends, and there are lot of ecommerce companies here. Through my extended friend’s group, we know of other entrepreneurs who go to events or parties to better know each other.

In that sense, we continue to keep in touch, and I have a sense of camaraderie due to a sense of comfort [around people] who’ve grown up in a similar environment.

Where do you see yourself and CommerceLabs in five years?

We’ve set a target to reach $30 million in revenue within the next two years, and $50 million in the next four years. I don’t know what’s going to happen.

I really am just focused on growing as a person, and I see running the business as a way to understand myself. Being an entrepreneur, it is really emotionally grueling. There is nothing better to make yourself to reinvent yourself.