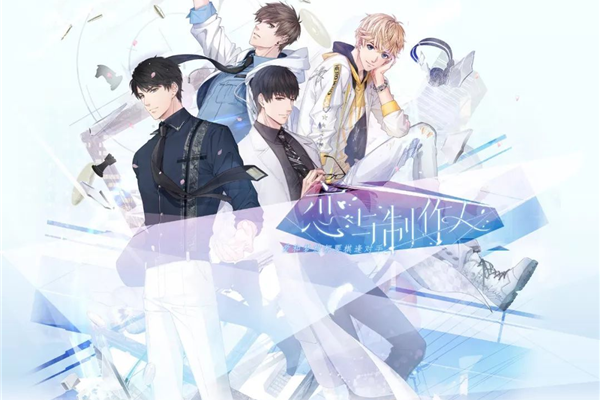 US-China Today spoke with market analyst Turian Tan to learn how the Chinese gaming industry appeals to female gamers and how female gamers fit in the market today.

Although long dominated by males, the Chinese gaming industry has witnessed an increase in female gamers in the past few years. To meet this growing female gaming market, gaming companies have begun to develop games exclusively targeting females, many of which are known as “otome games.” Otome games develop story narratives and usually have a main plot goal. In addition to the main goal, the gamer needs to develop romantic relationships with male characters. Earlier this year, an otome game called Love and Producer hit the female gaming market in China and has inspired many gaming companies to make similar games. We ask Turian Tan, a market analyst for IDC China’s Client System Research, if the female gaming market might explode in the near future.

What challenges do game studios have in creating games that appeal to female audiences?

Basically, there are two categories of products on the female gaming market. Like Love and Producer, games including hit games Travel Frog and Nikki series are targeted towards female gamers. Meanwhile, more and more females are becoming active in hardcore games such as Honor of Kings and PlayerUnknown’s Battlegrounds. With a promising prospect, some problems also arise. For example, hit games will be followed by numerous game developers. This considerably challenges the gaming market especially female gaming categories. The immense influx of monotonous products can cause visual fatigue among gamers, and the user activity will drop ultimately.

In your opinion, what’s the key of the success of Love and Producer?

First, the game developer Paper Studio has acquired a large number of users in Nikki, which shares the visual effect with Love and Producer. Second, Love and Producer integrates features like SSR in the popular card game Onmyouji, which appeals to a wider range of gamers. Third, compared to other text adventure games, Love and Producer encompasses elements in real life. For example, the female protagonist can WeChat the boyfriends with a similar interface in the game. The interactive functions enhance the social activities between gamers and game characters. Social interactions play a vital role in promoting games targeting females, because unlike battle games born with social functions due to the rankings, rarely do casual games include social elements. However, Love and Producer resonates with women’s needs. Moreover, females are more likely to share their game experience on social networks and promote the games.

Game developers always want to engage the gamer as much as possible, but critics may wonder if it is healthy to maintain a relationship with four “paper men.” What impact do you believe it has had on female gamers and society as a whole?

The aim of developing relationship with four men is to increase empathy. The experience is similar to how women are immersed in romantic films, dramas, and novels. In fact, women may not distinguish between the feelings for games and dramas. They do not play games by investing in the game itself. Instead, they are fed by the story. Love and Producer just meets the need but may not be powerful enough to influence the society. In fact, some settings in the game resemble those of romantic dramas. For example, four handsome males are similar to the Taiwanese drama, Meteor Garden, while the boyfriends’ supernatural power might have been borrowed from the Korean drama, My Love from the Star. Female gamers may find the game as pleasant as dramas, so the immersive experience is not an exclusive psychological phenomenon for playing otome games. In contrast, males find it harder to be engaged, because the game is developed by text, which requires rich imagination that prompts interaction between images and text. Such interactive experience mostly appeals to females.

Girls not only devote their time and interest, but also money. For example, “girlfriends” of Li Zeyan (one of the four boyfriends) bought him a billboard on his “birthday.” What’s your opinion on such behavior? Why are girls spending so much money on their online relationships, and what are the larger effects/implications of this behavior on Chinese society?

In terms of this game, gamers spend money developing the plot of the story. This consumption is different from proactive consumption in a real relationship. Actually, in-game consumption has become more and more common on the gaming market. For example, daily revenues of character skins in King of Glory can reach $1.6 million (10 million RMB). These illuminate a trend of developing the gamer’s consumer purchasing habit, which is attributed to rising disposable income. The increased income also contributes to game-related product purchases especially among female gamers. As such, the gaming market has witnessed a growing number of product consumers in China.

Is there a connection between games like Love and Producer that target female audiences, and the larger entertainment context?

Female gamers have mushroomed over the past years. They not only play games but also participate in eSports and live stream. According to our research, female gamers are particularly engaged in mobile games and client games. Mobile games are easier and less time-consuming, and many are casual games that involve large amounts of female gamers. Particularly, ACG can elevate the game’s appeal to women. More importantly, female gamers are more willing to learn and share their experience and achievements in games on social media. These activities significantly increase the impact of the game.

How do you envision the future of the female game market?

The total female gamers will continue to grow, especially for mobile games. Our data shows that the ratio of female to male gamers is two to three now, but in the next two years, the two genders should be close. With a growing number of casual games with decentralized portals (e.g., WeChat Games), unconventional gamers, with a large percentage of females, would be also intrigued. To cater female gamers, game developers have already paid attention to ACG games. For example, NetEase promoted a text-adventure ACG game console called Yiciyuan in March. Also, more categories other than casual games will be explored for women. IP development would be another trend. Game developers can infuse IP concepts into games, and the games can be remade into dramas and movies. In the future, IP operation would be significant for female gaming markets.