China and Myanmar share a long history with each other as geographic neighbors. Although the international spotlight shines on Myanmar’s ongoing transition to democracy and its persisting internal strife, there has been limited coverage of the Chinese government’s perspective, regarding both new developments and historical conflicts that plague the borderlands. To learn more about recent developments in China-Myanmar relations, US-China Today spoke with Priscilla Clapp, a senior adviser to the U.S. Institute of Peace and the Asia Society, and former Chief of Mission in Myanmar. 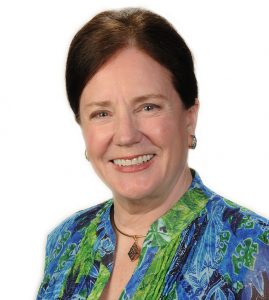 How would you describe current diplomatic relations between China and Myanmar?

I would say the diplomatic relations between the two countries are the best they have ever been.

How does the current Rakhine state crisis play into China-Myanmar relations?

I think it has strengthened the bilateral relationship between Myanmar and China. The West and the international community have been so critical that the National League for Democracy (NLD) government has felt beleaguered so it has turned more towards its Asian friends and neighbors. So I would say that China, Japan, India, Association of Southeast Asian Nations (ASEAN) are all closer now in their diplomatic relationship with Myanmar, but China in particular. And China has also been very responsive to the NLD government’s needs with the international community. For example, in the United Nations Security Council (UNSC), making sure that it  doesn’t pass any damaging resolutions. Also in helping to financially support the programs that the NLD government is trying to institute in the Rakhine state.

China has been one of the most outspoken defenders along with Russia of the Myanmar government in international organizations like the UN Security Council. What is the basis for this policy decision?

Well I think China conducts a foreign policy that is first and foremost in the interest of China. China has long term ambitions to draw Myanmar tightly into its sphere of influence, and it goes beyond Myanmar: it would be the whole of Southeast Asia. You can see that it in most of what they’re doing now.

The Irrawaddy River is considered by the Burmese to be the lifeline of Myanmar’s agricultural industry and a symbol of the people. The China-backed Myitsone Dam project became a contentious issue within Myanmar, hence it was postponed indefinitely. Do you see the changing nature of China-Myanmar relations as a possibility that this controversial project can be reopened?

It doesn’t make any sense economically for China to reopen that. They made no plans to build the power line from the dam to anywhere including China or Myanmar. So the dam would just be sitting there with no way of transferring the electricity elsewhere. That would be an additional big investment and China doesn’t need the power. They have a surplus of power; they’re exporting electricity. And I think that it’s more of a political ploy on the part of the Chinese right now. They’re sort of using it to leverage other interests they have in the country, and their overarching interest is drawing Myanmar into the Chinese orbit through webs of economic relations that make it impossible to sever the two countries. One of the important strategic objectives of China is to open a corridor from Yunnan through Myanmar to the Bay of Bengal. It’s part of the larger Belt Road scheme which they would like to strengthen. Right now it’s not possible because of the fighting on the border and the state of development in Myanmar itself, and the instability inside Myanmar. But if you look at the distant future, they hope they can help the government overcome these internal problems, so that eventually China can plow its way through the country.

How has popular opinion in Myanmar (beyond the political and business elites) changed towards China?

I can only guess at this — I don’t think there’s any solid evidence for one way or another. But I would say from knowing the people there quite well that it hasn’t really changed that much at all. There is a great well of animosity towards China within the Burmese population. I think it varies among the ethnic minorities population particularly along the China border, but within the Burmese majority Bamar population there has always been a great deal of suspicion and animosity towards China. So when bilateral relations between the two governments become closer they often doesn’t last very long.

I think for them, for the population, it’s really just an exigency at this point. But if China tries to move in too rapidly on influencing internal events in Myanmar, the population will turn against them very quickly. For example, China is not having a great deal of success with large infrastructure projects because there is so much popular resistance to the way they would like to proceed with these big projects. But that doesn’t apply just to China; they have a great deal of resentment for almost any foreign country. I think it relates back to the colonial years when the population, particularly the Bamar population, felt that foreigners came in and very negatively influenced the economy and the political situation of the country.

Towards the United States?

I think the [Burmese] public is confused about where US foreign policy is going under the Trump administration. I am not sure they have strong feelings one way or another, but they do resent the barrage of criticism coming out of US’s civil society and human rights advocacy groups. They feel that it’s very unfair that they have painted a black and white picture that is not accurate. And to an extent, they’re right. But the US is geographically far removed from Burma and I don’t think there’s ever been a feeling that the US could exercise undue influence in the country. So US influence doesn’t permeate through the country beyond ideas like democracy and human rights and rule of law, which are Western values. I would say that those things are popular in the country. But it doesn’t mean that a particular country is exercising influence. Now the military is different. The military is extremely sensitive to any kind of foreign influence and they are very sensitive to the US and the West, anybody who they would consider is working against their interests.

Might China’s involvement in Myanmar be a test-case of what Chinese foreign policy on the world stage would look like as they become a regional power?

I think that Myanmar is almost sui generis [unique] within the region because it’s the only country where China shares such a long land border. Most of the other Southeast Asian countries are somewhat removed from China geographically, so they have a different set of interests from Myanmar. There’s a very strong security interest: [China is] really afraid that the border could become the back door into China for China’s enemies, whether it’s Western powers or jihadist powers. They are also very concerned about the development of something like ARSA, a jihadist group on the western border of Myanmar, because it relates to their own problems with the Uyghurs and other restless Muslim populations in their country. There is even a Rohingya population in China, it’s not very big but it is there.

I think [China’s involvement with Myanmar] is unique because the Chinese influence in other Southeast Asian countries is predominantly economic, but in Myanmar it has other aspects that are very, very important. And when you get farther afield like Afghanistan, Pakistan, and Africa, where China has been very active now, you have different characteristics of the Chinese relations there. And when you get farther and farther away, you find that China and US actually share interests and we have some rather interesting and productive tracks to dialogue with China on how we can coordinate our activities to promote our common interests. But you don’t get that in countries that are close to the Chinese border, particularly North Korea and Burma. So I don’t know that you can make it a test case for anything else. I think it’s mainly, really specific to the conditions in Burma.