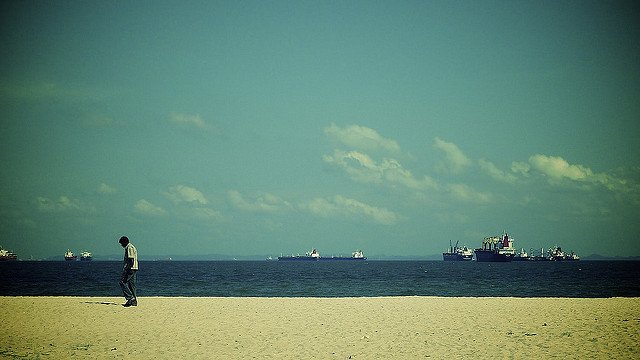 Q&A with Humphrey Hawksley on the South China Sea

US-China Today spoke with BBC foreign correspondent Humphrey Hawksley on the growing economic power of China, its buildup of artificial islands and military bases in the South China Sea, and how the West should respond.

Hawksley’s most recent book, Asian Waters: The Struggle Over the South China Sea, outlines the political nuances and complexities of the region. Hawksley has reported in Sri Lanka, Dehli, Manila, Hong Kong, and Beijing, and has written extensively on the Balkan Wars and Iraq. He also initiated a global campaign against child slavery in the chocolate industry. His work has been published in The Guardian, The Times, Financial Times, International Herald Tribune, and Yale Global. 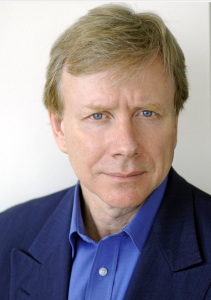 Can you first tell us a little bit about your background as a foreign correspondent in China? As a journalist, were you always intent on going to Asia or did you fall into it?

My first posting was in South Asia, in Sri Lanka. I had worked before as a reporter for the BBC in Australia and Hong Kong as a journalist in their newspapers. What tends to happen is that you get sent where your experience is, so after I had done Sri Lanka, I went to Delhi in India, then to the Philippines, then to Hong Kong, and then to Beijing. I got a view of on how the region of Asia was developing as a continent for change. I was able to use Asia, in a way, as a benchmark in the developing world because it was moving faster than any region in the developing world.

Your recent book Asian Waters is about China’s rise as one of the world’s most powerful trade entities, as exemplified by their expansion in the South China Sea. What motivated you to write this book and to whom do you hope it will speak to?

When I started this book, the South China Sea issue was beginning to take off. So what you had, in 2011, was President Obama announcing the U.S. pivot to Asia, which was very badly missold. China saw that as the U.S. trying to contain the rise of China. What happened after that was President Xi Jinping came to power with his harder driving policies of Chinese expansion, the building of the islands in the South China Sea, the declaration that they were illegal under international law, and then the conundrum that the international community has now. And that’s the sort of catapult to China’s rise because now it’s saying, “We’re rising, we’re expanding, but we’re doing it with Chinese characteristics, in our own way, and not in the way that the U.S.-led world order has run things in the past 70 years.”

What are some of the legal basis for China’s claims over the South China Sea? 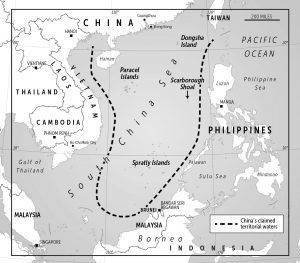 Their claim is that the areas that they have announced as their own – called the ‘nine-dash line’, which borders the contours of Southeast Asia along the coastlines of Vietnam and the Philippines is their sovereign territory, and that it has been historically.

How would China’s dominance over the South China Sea impact trade?

It sets a precedent in that it’s done without agreement, with military muscle, and if you take that to other things that China is doing, like the leverage it has on the economy of Southeast Asia now, and indeed in Africa and Latin America, it’s authoritarian style against the Western-style democratic style. And if you take the recent trade war with Donald Trump, the rhetoric about China, about it being a surveillance state, you got a very dangerous polarization that’s taking place between the U.S. and China. The place where that polarization is most sensitive is the South China Sea because that’s where U.S. warships and Chinese warships are face to face on a daily basis.

The reasons for China’s claims over the South China Sea bears many similarities to the United States’ claims over their own Pacific and Atlantic Oceans. What’s the difference between the two claims?

You’re absolutely right. In the 1820s, the U.S. introduced the Monroe Doctrine, and that was for the Caribbean and Latin America. The reason they did that was because they wanted to stop European colonial powers from interfering in their trade and their waters, as the U.S. was becoming a rising power. So China is doing pretty much what the U.S did 200 years ago, say, when it was a rising power against the declining powers. Now you have a sensitive U.S. Congress with a hard-headed president like Trump, a hard-headed president like Xi Jinping, and this is a very dangerous situation.

What are some of the biggest misconceptions western policy makers and pundits have about China?

The elephant in the room that is not discussed is that China is a one-party state. Yet, China has managed to pull people out of poverty, lift the living standards of its people, and become wealthy and forward-planned, whilst being a one-party state. So, what it has achieved, without being a democracy, is more than any of the developed democracies had achieved in that same time frame.

On the one hand, we’ve been told that we must welcome Chinese investment—building roads, power stations, etc. in their countries and elsewhere. But simultaneously we condemn this style of government because it locks up its own people in concentration camps and denies democracy and freedom of speech. That’s a paradox. Political leaders have failed to address this paradox. If you unpack it a bit and go down how the U.S and Europe developed, they’ve all developed through a sort-of authoritarian system until they got to a certain level of development. Then, they managed to open up and allow more freedoms. But you cannot say that in the West and in Congress.

So when you talk about misconceptions, I think it’s the fact that this paradox needs to be on the table for discussion when trying to explain China to voters, because we’re getting to a situation whereby China is being built up as this bad evil power that’s been manipulating America and taking American jobs and militarizing the South China Sea. Very soon you’re going to get to a situation where it’ll get demonized too much. Then, neither the U.S. nor China can draw back and have that cohesive dialogue.

Any advice you want to give to emerging journalists who want to cover China or Asia?

My advice is to keep it simple. Don’t talk in slogans. Don’t assume anyone understands anything. That goes to journalism as a whole. You can find that if you look into the coverage of what’s been going in the Kavanaugh case or the #metoo movement, you’ll find that a story becomes quickly embroiled into slogans that people assume to understand. We’re getting it here in Europe with Brexit and all of that.

Whenever you write a sentence that has a new phrase or slogan, make sure the next sentence explains what that is. For example, if you talk about the South China Sea dispute, explain in the next sentence what that conflict is about, that China is illegally building bases in international waters. Then tell your story down from there. When you talk about the Chinese Communist Party, next sentence you explain that this is a state run by a party where there is no elections to change the leader. What I found in journalism now, with the speed of the media, is that people are taking short cuts.