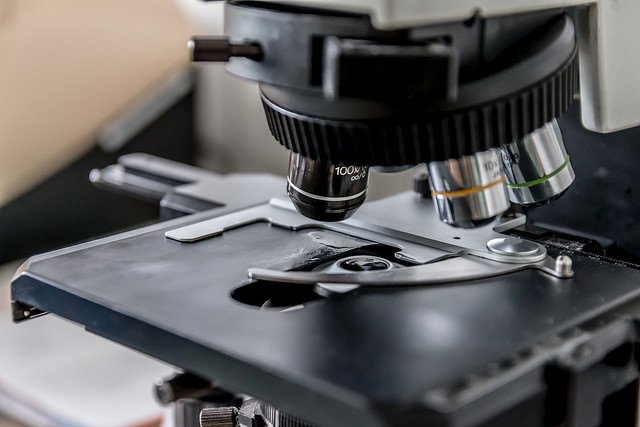 US-China Today spoke with postdoctoral fellow Dr. Xiangpeng Sheng to learn how China’s research culture has changed in the midst of government initiatives to establish China as a global leader in science.

Under President Xi Jinping, China has ambitions to become a global leader in science and technology and is making big investments in that effort. Decades of rapid economic growth have enabled Chinese leaders to be able to build a strong scientific research base. While a 2018 national report on the state of US science has concluded the United States is still the world leader in science in technology, for the first time, China has overtaken the United States in terms of the volume of total scientific papers published. At the same time, this dramatic expansion in scientific scholarship has greatly altered research culture. With extensive research experience in both countries, Dr. Sheng provides his unique perspective on the key distinguishing features and growing similarities between research in China and the United States in the midst of this government policy.

Dr. Xiangpeng Sheng completed his Ph.D. at Shanghai Institute for Biological Sciences, Chinese Academy of Sciences before joining City of Hope as a postdoctoral fellow. He currently conducts research in the Diabetes & Metabolism Research Institute in the Jiang laboratory. During his research training, Dr. Sheng has had several high-profile publications in Cell Reports, Molecular and Clinical Oncology, and PLOS Pathogens. His interest of study is focused on elucidating the molecular mechanisms involved in nutrient homeostasis regulation during the development of metabolic diseases such as diabetes and cancer through the application of the leading-edge mass spectroscopy based metabolic tracing and systemic bioengineering.

Under President Xi Jinping, China has ambitions to become a global leader in science and technology and is making big investments in that effort. For example, a decade ago, the country launched the Thousand Talents Program to attract world-class scientists from across the world to China. While there is a growing number of US and European scientists pursuing a research path in China, there are also many Chinese scientists coming to the United States. What were your personal reasons for coming to the United States? What do you think are the advantages for foreign scientists to conduct research in China?

My personal reason for coming to the United States was to get the best postdoctoral training in the United States so that I could be an independent researcher in the future. The United States is currently a global leader in science and technology. There are so many outstanding scientists from all over the world working in the United States and I wanted to have the opportunity to gain experience working with them and with cutting-edge biomedical technology and instrumentation, [on] specific projects that I was interested in but not currently being prioritized in China. I believe China’s research strengths are more in the engineering and other physical sciences.

I think there are several advantages for foreign scientists to conduct research in China. There is tremendous funding and policy support from government and society, there are so many intelligent students interested in scientific research, and foreign scientists are always welcomed and encouraged to come.

Given China’s booming economy, the government is investing more and more money in science and technology. R&D spending has grown steadily in China, with basic research funding increasing from $43.6 million in 2009 to $89.5 million in 2013. How is the grant system different from the United States? Do labs have to worry about funding? What areas of STEM research do you think the Chinese government is currently most interested in funding?

I am not very familiar with the grant systems both in China and the United States. However I know that in China, the major grant systems are supported and established by the Ministry of Science and Technology and the Ministry of Education. In the future, there will be more and more funding for personal, independent research in China. Most labs usually have adequate funding on par with the United States. Labs always receive adequate supports from universities, government and companies.

China has a relatively homogenous culture, and the widespread use of Mandarin has created a language barrier, making it difficult for foreign scientists to conduct research. Do you believe United States’ cultural heterogeneity makes it much easier for international postdocs to assimilate themselves into the local research culture? Why the US instead of other English-speaking countries, like the UK?

Yes, the cultural heterogeneity promotes the assimilation for the international postdocs. The United States is an open immigrant country and is also a global leader in science and the economy. International postdocs from most countries could have a very convenient life here. The most important factor is that the majority of top-level researchers are in United States. In addition, it’s generally easily to adjust here because of the diverse culture.

For the first time, China has surpassed the United States in terms of volume of published scientific articles. The quality of Chinese research is also improving, though it currently remains below that of U.S. academics. What do you think leads to this difference in the quality?

Modern scientific research does not have a long history in China. Naturally, it takes time for the quality of some research to become on par with the United States. However, as you know, the quality of some Chinese research is improving fast. I don’t believe the difference in quality is attributed to anything inherently wrong with current research practices. It’s just that the United States has had a head start.

In 2016, a Chinese government investigation revealed that more than 80 percent of the data used in clinical trials of new pharmaceutical drugs have been “fabricated”. One concerning practice in Chinese universities is the use of monetary incentives for academics to publish in high-impact international journals. In your experience conducting research in the Chinese Academy of Sciences, did you or your colleagues ever experience any intense pressure to publish? How is this pressure to publish different from the United States?

The Chinese Academy of Sciences is a top research institute in China, publishing many high-level studies in top-level international journals. A good publication benefits career development of PIs and students, wherever you are. Most of my colleagues hope to publish high-level studies in the fields that they are interested in. In my opinion, this pressure to publish is very similar to the United States in the biological sciences.

One way the Chinese government hopes to improve the country’s research integrity is simply by educating researchers on what’s allowed and what’s not. What was your experience in receiving research ethics training and how was it different from what you’ve experienced in the United States?

My colleagues and I received extensive research ethics training during my PhD at the Chinese Academy of Science. However, in the United States, I didn’t need to receive research ethics training to the extent that I did in China. This could be because I am a postdoc and City of Hope thinks that I’ve already been trained, or simply because ethical research is self-evident in the United States and doesn’t have to be too extensive.

On social media, many postdoctoral researchers complain about having to work long hours and even having to sleep in the laboratory. What are the differences between China and the United States in hours and the work culture in general?

Most biological experiments take a lot of time. Sometimes, when you get some very interesting data, you would be driven to keep doing more experiments. It is necessary to work long hours for biological research. However, it is not necessary to sleep in the laboratory. You need to take care of yourself and everyone needs time to relax, refresh and recharge. Most Chinese postdocs are always hard working and are very conscientious, no matter in China or in the US. For a Chinese postdoc, the working hours and the work cultures between these two countries are very similar. However, in general, you will always find that most postdocs working at weekend are Chinese postdocs even though they aren’t being paid. I believe long hours is just a part of research and these people having to sleep are probably just hard workers or have some deadline coming up.

In recent years, have you observed any changes in the process of gaining entrance into the US as a postdoc/visiting scholar, given the current political climate?

The process of gaining entrance into the US for a postdoc/visiting scholar is generally stable. The United States generally welcomes people like scientists or researchers. I’m not sure how gaining entrance for other less qualified people is but I would imagine that in the future, the number of the Chinese postdocs in United States will decrease, but I haven’t observed any issues for my colleagues.

Last time we spoke, you talked about leaving City of Hope and going back to your hometown in China? Why the transition/change?

City of Hope is a very nice place to conduct research. I also like California. However, my family and the most of my friends are in China. (And for me, Chinese food is more delicious than American food.) Moreover, there are many opportunities for a scientist to conduct independent research in China today. Thus, I think I will come back to China after my postdoctoral training.