The Growth of Chinese Science Fiction: Q&A with Mingwei Song

What many people may not know is that the genre of Chinese science fiction began developing as early as the 1900s. Dr. Mingwei Song, Associate Professor of Chinese at Wellesley College, observed that “The development of the genre progressed in three waves: the first came after the fall of Imperial China in 1902; the second after the Chinese revolution of 1949; and the third, and current one in the 1990s, as the country developed rapidly.” 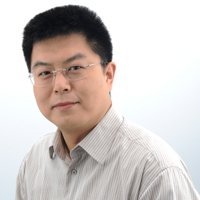 These days, because of the movie The Wandering Earth, not only the Chinese, but also the audience all around the world has become interested in Chinese science fiction film and literature. It is a box office success, grossing over $655 million worldwide, including $650 million in China, and it has become China’s second highest-grossing film and 2019’s highest-grossing film. How do you consider this movie’s success? What factors do you think made it so popular?

Firstly, the timing is important. The Wandering Earth was released on the Chinese Lunar New Year (春节). It is a long holiday and provides a good time for Chinese families to watch movies together.

Secondly, the theme of The Wandering Earth is unique. Compared with other comedy movies which were released at the same time, The Wandering Earth was the only Chinese science fiction movie. Most audiences who went to the cinema to watch it were hesitant, but they were surprised by its high-level technology and interesting plot. Filmmakers were very serious about shooting this movie and we can feel they really care about the details. Because of those factors, when the film was released to the theater, it became super popular. Some people even went to see it again. On the third day, news media begin to cover the story and it became a popular topic all around the world.

When you watch The Wandering Earth, you can notice that there are some differences between the source material (Liu Cixin’s novel) and the film. How do you evaluate these adaptation changes?

The common thing between the movie and Liu’s novel is the [plot] background: the sun was dying out, so people built giant planet thrusters to move Earth out of its orbit and to sail Earth to a new star system. The movie actually just takes one concept from Liu’s novel and develops it [beyond the book]. I think the most obvious distinction is that [the movie] emphasizes ‘humanity’. The movie emphasizes human success and the belief that some specific people can save all human beings by becoming heroes.

The movie also adds a father-son relationship to resonate more with the audience. These plot [points] are both not shown in Liu’s novel. I think the storyline of the movie is pretty good and interesting. It considers the audience and is easy to understand.

I really love Cixin Liu’s literature and I think they are masterpieces. The Three-Body Problem has three books [in the series] and actually, I was one of the first readers to read Liu’s first book when it came out in 2006. At that time, few people paid attention to this book except some Chinese science fiction fans — until the last book of the series was published in 2010. Then his literature began to receive more and more general readers’ attention… [At first] publishing companies in western countries felt hesitant because they were not sure whether this book could be successful or not. This [reaction] also reminds me of the movie The Wandering Earth. No one felt confident before shooting and the movie could not even start at first because of the low budget. However, the truth is that both Liu’s novel and movie were hugely successful because they drew on people’s imagination… I remember one day, I went to a small bookstore in Europe and I found that there were many of Liu’s novels there.

You specialize in modern Chinese literature, intellectual history, and film studies. Why did you choose to study science fiction?

The success of the movie The Wandering Earth will likely inspire lots of people to write science fiction pieces or shoot more movies on this topic. What do you foresee in the Chinese science fiction market in the future?

Definitely, there will be more science fictions in China and this genre will become more established in the Chinese film industry. I believe the Chinese industry will take science fiction movies seriously now. However, both the scripts and technology of shooting are important. I am not sure whether there will be another film that will be as successful or be as high-quality as The Wandering Earth.

Can you recommend some up-and-coming works of Chinese science fiction for our readers?