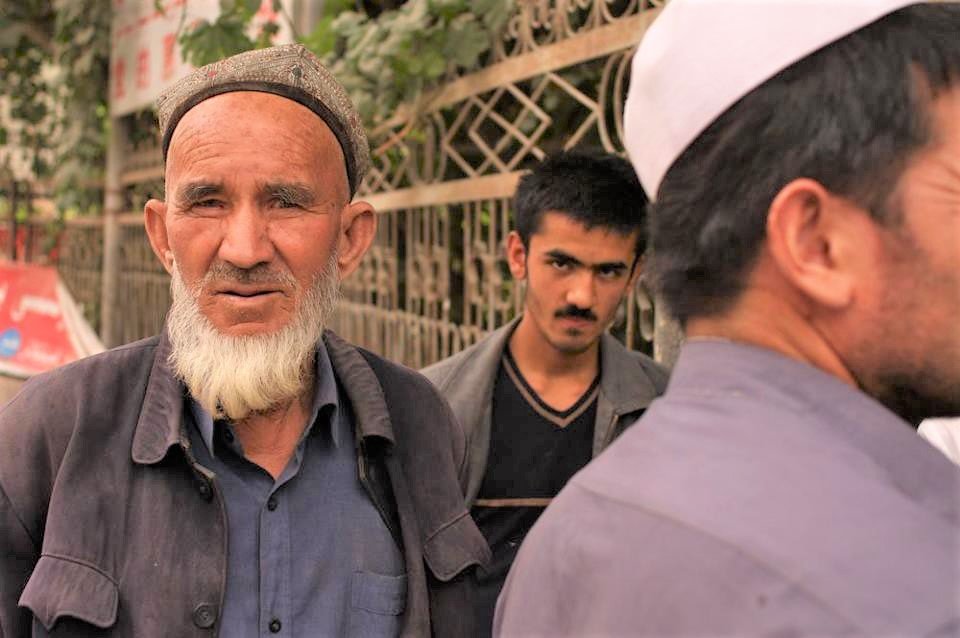 By Matthew SladeNovember 15, 2019 No Comments

Since 2014, China has been operating dozens of facilities in the far-western province in Xinjiang for the expressed purpose of “reeducating” the Muslim population of Uyghurs that live there. The treatment of this minority group has drawn widespread international criticism of Beijing from democratic countries, including the United States. US-China Today sat down with James Millward, a Professor of Inter-societal History at Georgetown’s Walsh School of Foreign Service to discuss recent developments to the situation in Xinjiang, what has been driving policy within China, and what an international response could look like to this ongoing crisis. 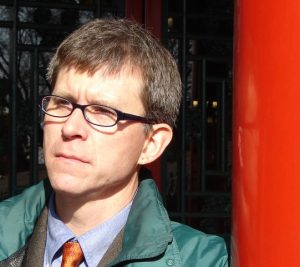 In the past few years, and especially in the last few months, the Chinese government has been making headlines about its treatment of Uyghurs in the far west of the country. Could you provide some context for what’s been happening most recently in China in regard to this situation?

So, the slightly longer-term context is [that] there’s been campaigns against aspects of Uyghur culture and Islam for several reasons, and not just the last few years. These were manifested with campaigns against wearing various kinds of Islamic head coverings, against young men wearing beards, against any kind of clothing with Islamic symbols, against fasting during Ramadan, and [against] other forms of Islamic observation. … This general approach of the party, China’s Communist Party, of trying to get rid of salient aspects of Uyghur culture has been with us for a while, particularly those relating to Islam.

The turning point was really in 2016 [with] a new first party secretary, Chen Quanguo. When he came to the province from his previous post in Tibet, he had a reputation of being someone who dealt with what the Chinese call “separatist problems”. [He came] in the aftermath of a series of demonstrations and self-immolations in Tibet.

The Xinjiang Uyghur autonomous region has a Uyghur nominal head, but the real power lies in the hands of first party secretary. Chen came in as the top man, and he clearly had a mandate to do big things from the center, that is from Beijing, because he very quickly began to build up and scale up both the surveillance system and network in Xinjiang and also the broader security network which includes a lot more boots on the ground, hiring of a hundred thousand new police (lower level police personnel) and expanding all kinds of security facilities, including prisons, and then also into the camps and so-called “education transformation camps.”

This same sort of crackdown has been extended to the Hui, another minority group. Do you foresee this kind of treatment being extended to all minorities in China or other groups in the country?

[There] has been a broader campaign which is known as “Sino-cization of religions”. And this seems to be linked with the kind of nationalistic Confucianistic state cult that Xi Jinping is trying to develop, and it has involved a lot of concern about religious architecture. Either what are seen as excessive mosques …or churches or, kind of oddly, architectural features in mosques and particularly, domes. Someone got the idea that domes are Arabic, and they’re worried about the Arabization of Chinese Islam, having finally figured out connections between Saudi Arabia … and Salafi movements within Islam.

Do Chinese citizens know that this is happening, and if they do, do they care?

There’s been domestic reporting about vocational training centers, as they call them; a video package was put out on CCTV, and there they show Uyghurs, not very sophisticated looking men and women who speak Chinese sort of poorly into the microphone, talking about how they had harbored bad ideas before, but thanking the party for rescuing them from those thoughts, and for teaching them Chinese, and teaching them about the law and teaching them a trade. So that is the main propaganda line that’s extended outside of China as well. I think except for a relatively small number of people with international contacts or who still have a VPN and are actively reading Western news sources, … I’m sure most people in China don’t know the extent of what’s going on in Xinjiang.

Plus, there’s been state-tolerated and even state-sponsored Islamophobia for a long time. And so among Chinese people who have never met a Uyghur, …they’re  receptive to these stories and these stereotypes. … They’re [thought] to be thieves. They’re [thought] to carry knives. So it’s a lot of stereotypes which, even among well-meaning or relatively liberal Chinese, nonetheless it is in the back of people’s minds. 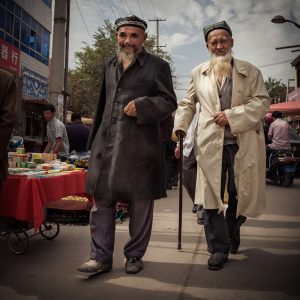 “UYGHUR LIFE IN XINJIANG, part 1” by Reggy de With

What kind of impact has this had on the international Uyghur or Turkic community, if any?

So for Uyghurs who were living outside of China but were Chinese citizens, there’s a lot of concern about their relatives. One of the ways we started knowing about the rise of the camps and the vast increase of incarceration in prisons in the region is from Uyghurs whose relatives disappeared, or whose relatives erased them from their contacts in social media, or otherwise got messages saying “don’t contact me [or] you’ll get me in trouble.”

Secondly, … a lot of Uyghur students and people doing business who are outside of China … don’t want to go back to just be thrown into a camp. … Those kind of people, middle class or even more globalized people, are particularly targeted by the Chinese policy. They don’t want to go back and many have been seeking asylum in countries outside of China. … Many Uyghurs living internationally who] I’ve met were generally quite well-disposed towards the Chinese government and the party — of course they would grumble, but they were not extremists. And yet now China’s policies have driven them to stay outside of China. Many have joined or are now much more amenable to participating in activism with Uyghur groups abroad.

Earlier this month, the U.S. imposed visa restrictions on Chinese officials that have been involved in this crackdown. What kind of reaction has there been from Beijing? And will this have an effect on the situation?

You know it’s been fairly slow, but there has definitely been an impact, in the sense that … there have been official announcements from officials in Xinjiang … that the program was over and everyone was being sent on to something else. The governor’s statement was somewhat ambiguous, and he implied strongly that they were being sent on to labor [camps]. Being moved from indoctrination camps to some kind of coercive or controlled labor situation … is not really an improvement. [Authorities are] certainly not shutting down the facilities, [and] they haven’t lightened up on the high tech side of these surveillance regime or anything like that.

As with any issues involving China … having the U.S. plus allies do something in concert is much better than the U.S. doing it alone and allies doing it alone. So part of the problem has been that, although European states wanted to speak up, … with the US not there, these responses were just kind of hung out there. The United States withdrew from the U.N. Human Rights Council, and that would have been a natural forum where this could have been brought up. But under the Trump administration they pulled out. And so part of the problem is the U.S., under the Trump administration, [is] its withdrawal from and disparagement of any kind of multilateral organization, [which] has made it hard for the US to be part of any multilateral response.

Do you think that China’s economic influence and economic initiatives are the driving force behind a lot of silence from a lot of other governments? Is that what’s keeping international community silent on this issue?

There’s a lot of interest in Chinese loans, particularly as part of the Belt and Road Initiative. But there was a list of, I believe it was 37 countries, that signed a document in the U.N. Human Rights Council, that was clearly written by China. And that was in response to 22 Western countries signing a document condemning the camp. So after the condemnation document came from the Western countries, … China went around and organized 37 other countries to sign a document supporting, saying that what they were doing in Xinjiang with the camps was a good thing.

A bunch of them were Islamic countries. But a stronger common denominator is where those countries fall on various rankings of human rights and freedoms. There are various organizations that have these lists, and all of those countries were way, way down near the bottom. It’s almost like the bottom 37 of everybody’s list were the ones who signed on to this document.

I think the common issue is really there’s a lot of countries with their own human rights problems and they don’t want to get into the business of calling out China on it when they have … the kinds of rights concerns that people have for them.

Finally, where do you see this treatment of Uyghurs going in the next couple of months? What do you think are the developments that we are likely to see out of Xinjiang?

I think that the pressure now is rising. We’ve just had the Entities List [published] and the listing of these officials. I think it will continue to rise a little bit here and there from the U.S., maybe more people speaking about it as this becomes more publicly known …  I think that the Chinese Communist Party would like to let people have the impression that this was a one-time policy, and that the dangerous people have gone through the system, [and] now everything’s back to normal.

Now one thing we’re beginning to see that is promising development, is pressure being put on companies who do business with Chinese firms that operate in China or who do business in Xinjiang. … One big issue is cotton; Xinjiang grows 80 percent of China’s cotton. … So some companies are saying that they’re trying to clear their supply chains of the taint of Xinjiang cotton. But A) it’s always hard to trace supply chains, and B) this is 80 percent of the cotton in China. So one needs to be quite skeptical of claims that.

I think that’s very important, because this will make the Chinese Communist Party realize that it’s not just government pressure, but there could be popular pressure around the world. What remains to be seen is what impact, if any, this will have on the 2022 Winter Olympics, which China is scheduled to have.