Navigating the Toy Industry: The Story of Charlie Woo 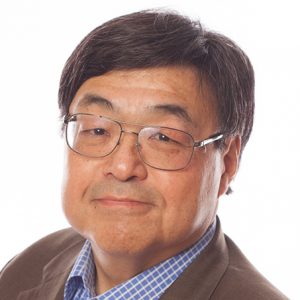 “I saw I was in the intersection of an industrial evolution of China, Taiwan, and HK,” says business-owner Charlie Woo, who had to compete with the emergence of large corporations like Walmart and Costco.

Charlie Woo is the CEO and co-founder of Megatoys, an international toy manufacturer company with headquarters in Los Angeles, California. The former Los Angeles Area Chamber of Commerce Chairman is an influential Chinese-American civic leader, and currently serves as Chair of the Center for Asian Americans United for Self-Empowerment (CAUSE), a non-partisan community organization that advocates for the rights of the Asian & Pacific Islander American community. US-China Today spoke with Charlie about his experiences as a successful Chinese-American businessman, as well as his insight into past and current Chinese manufacturing capabilities.

Like many other immigrants, Woo’s family came from Hong Kong to the US in search of a new life. His entrepreneurial father initially considered setting up a business in Chinatown importing low-cost trinkets from Hong Kong and China, but saw that the market was too competitive. He then toyed with the idea of opening a Chinese restaurant, but was concerned about the safety of this profession having heard of other Asian store-owners falling victim to crime in  1960s Los Angeles. “Korean [store-owners] were always getting robbed, and armed themselves with guns to shoot the robbers,” Woo said.

Woo’s initial studies in America were more STEM-focused. “I came to this country to go to school at UCLA,” Woo says. “I was sixteen or seventeen  … [and] I was going to be a scientist.” Later, he realized that he could be more helpful to his family by getting a general business degree, which became the platform for him to explore new business ventures like the toy industry on which he has since been focused.

Since he did not know anything about the toy business, Woo did a lot of discovery work by interviewing a number of existing importers in the Jewish community of Los Angeles.  Woo said the toy industry “actually was pretty much a Jewish industry.” According to Woo, these more established toy business owners were very helpful in explaining how to set up a business and where to best source products.

Later, when Woo was more established, these business owners became his competition. He began to import products, and was able to better understand the needs of the market. For example, Woo could deduce what was being purchased solely by examining by the labels on cardboard shipping boxes, which included the product, source of supply and country of origin. He could understand what toys were being purchased in each neighborhood by just looking at discarded cardboard boxes.

When Woo’s toy business first started, he began importing toys from Hong Kong, which was known at the time for higher quality toys in Asia. The challenge with Hong Kong, however, was its limited land capacity and the resulting lack of real estate for factories, which led Woo to explore Taiwan as a source of toys.

“It’s hard to imagine now that most of the toys from 30 to 40 years ago of the world were made by Hong Kong, [and] how tiny that place was.” Woo says. “That means the capacity was limited.”

However, Taiwanese manufacturers became very aggressive in their pricing and ability to meet his volume needs.

“In Taiwan, there is more opportunity for expansion and they are more aggressive. So they sell a bigger quantity, which means if I’m a bigger customer, I can buy more,” Woo says.

When the Chinese economy began to open up in the 1980s, Woo finally had a country with near-unlimited capacity and ability to ship as many containers as he needed. This occurred just as the American market became comfortable with the toy’s quality, service and delivery.

As he began to import Chinese containers in large amounts, he discovered that the company also needed to have a place to put them to support clients with just-in-time inventory. Woo began investing in warehousing, starting with downtown Los Angeles, which was closest to his customers.

Because of his understanding of Chinese culture and language, Woo was able to build strong relationships with the manufacturers in southern China and the necessary trust to develop long-term relationships as a necessary bridge between their country and the United States.

Later down the line, the entire retail industry changed with the emergence of the big-box players like Walmart, Target and Costco. These large corporations established their own buying teams and began approaching Woo’s sources in China directly to get the best prices and with volumes that he could not compete with.

“I saw I was in the intersection of an industrial evolution of China, Taiwan, and HK,” Woo says.

Woo had to change his business direction in order to survive.

He began looking at a way to add value that would enable him to be competitive while still getting the volumes that he once enjoyed.  This came with specialization in seasonal products like Halloween, Valentine’s Day and Easter, where he could combine toys with candy and other unique items and create something the big-box players did not have the ability to do. He hired a design team to help mock-up his ideas so he could bring fresh concepts to Walmart and other players each season. Because they had good forecasting capabilities, they could let him know what was selling well and how much they needed, so he could work with a variety of suppliers back in China to place his orders.

Woo also shifted his facilities away from downtown Los Angeles. He sold his warehouses and was able to get a lucrative return, given the high demand for development of this real estate for apartments. He invested in warehousing in the City of Commerce and began hiring operations management and staff to assemble the products for his customers, and the demand for his toys continues to grow.

Woo found his own understanding of doing trans-Pacific business and his ability to operate a profitable company that offered employment in Los Angeles County elevated his voice in local, state and national politics. This gave him the opportunity to engage with high-profile government leaders and also serve as a mentor for other new businesses setting up in Los Angeles, just as he was given the same support when he first started.

When it comes to the next generation of Chinese business leaders that are taking over their parents’ businesses, Woo sees many parallels with his own life. He started by wanting to go into the sciences but ended up being a businessperson in a completely different industry. Similarly, he sees the next generation wanting to do something that they are passionate about. But at the same time, the next generation has the fortune to have learned from the entrepreneurs that preceded them.

Woo’s story reveals the complicated and necessary relationship between Chinese manufacturers and U.S. companies.  As the founder of a toy company, Woo had to navigate the industry through in-depth research. His Chinese background gave him an edge when it came to doing international business.

Woo exemplifies the vital relationship China has with the US, along with the potential for a bright future of commerce on both sides.  Equally, Woo highlights the importance of understanding consumer behavior in any business, which he was able to capitalize on through the toy industry.