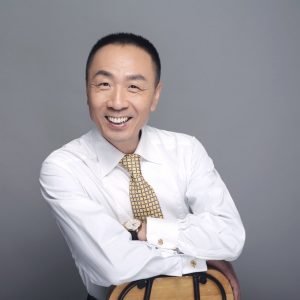 “As everything becomes more digitized and data less private, my browsing history is all tracked by Google Analytics and sold to online retailers,” Steven Lu says. “Online ads feed me exactly what I want in a way that nudges me into buying things I used to be too lazy to go out of my way to purchase. Now all I need to do is a few clicks.”

Making a billion dollars in sales in the first 90 seconds of a 24-hour shopping event sounds like a dream come true for many retailers — and Chinese tech giant Alibaba managed to do just that. This year on Singles Day, Alibaba sold a record-breaking 268.4 billion yuan ($38.4 billion USD), an increase of about 25 percent over last year’s sales. The Chinese e-commerce market has experienced rapid growth in recent years, surpassing the United States in its scale and scope. In terms of online sales, China’s Single’s Day is much larger than Black Friday and Cyber Monday combined.

Singles Day is an informal, anti-Valentine’s Day holiday in China celebrating people who aren’t in relationships. Its date, Nov. 11, was chosen because the date is written as four ones, or “singles.” Alibaba started offering Singles Day discounts in 2009 and has since turned the day into a 24-hour fiesta of online shopping in China. International companies flock to Alibaba’s celebrity-studded live telecast and its various online platforms, eager to hawk everything from liquor to sports cars.

As the world’s second-largest economy, China is actively embracing the burgeoning e-commerce sector, generating 4.82 trillion yuan ($683 billion) in online retail sales during the first six months of 2019. “We continue to feel very confident about the growth potential of the economy,” Alibaba chief marketing officer Chris Tung told CNN in an interview. “We are pushing deeper towards the less developed areas of China, to reach more new online shoppers, so there’s a huge untapped opportunity there.”

USCT spoke to Steven Lu, a guest lecturer at the College of Mass Communication at Shenzhen University. Lu is a specialist in Euro-Asian studies and has appeared as a commentator on several broadcast television stations such as Phoenix Television and HKSTV Hong Kong Satellite Television.

Do you think online retailers will completely replace brick and mortar stores? Why or why not? Can you point to some current trends that support your opinion?

A lot of the online retails are indeed replacing physical stores. Real stores right now are only valuable in the sense that they provide experience. For example, the Apple store displays its products in such a way that’s appealing to customers — when you’re there, you feel good about the purchase you’re about to make. It helps eliminate your doubts and gives you reassurance about your decision. Interestingly, many people still return to online shopping websites to make final transactions — brick-and-mortar is merely used to “fact check” or to get a feel of the product to generate validation.

The answer to this question also depends on what type of industry you’re looking at; there are definitely sectors where services are irreplaceable. For example, the atmosphere and environment of high-end restaurants cannot be lived up to by online takeout orders, as well as venues like spas (facials, teeth whitening) and engagement services (wedding dresses, ring picking). What I’ve been seeing, though, is businesses integrating both online and brick-and-mortar platforms to get the best of both worlds. For example, checking in online prior to an appointment, or getting a waiting line number ahead of time on Yelp. In broad terms, online revenue is definitely going to surpass [that of] physical stores in the near future.

It’s the speed — many online retail stores in China run 24-hour service. Second-day delivery is standard here, while it is considered a more premiere service in the U.S. The efficiency facilities the process significantly, which creates more revenue in a shorter period of time. Many services have quality guarantees and safe tracking. You can see where your order is every step of the way after you make the purchase. It is extremely transparent, which holds the seller accountable in return.

Also, China is a very service-oriented country. Therefore, whenever the service is subpar, it’s very easy to generate negative sentiments among the consumers. Most online retail platforms offer live chats where you can speak to a representative at any time of the day. … You may go back to the same person you talked to three days after you made the purchase to follow up with inquiries. Lastly, the delivery system in China is way cheaper because of the large flow of transactions and proximity of everything, making mailing very accessible for most people. The postal service is highly automated and digitized, which requires less manpower.

What impact has China’s new e-commerce law (started Jan. 1, 2019) had on enhancing the protection of consumers, as merchants must provide greater disclosure, more transparency and increased monitoring of fraudulent practices? Do you think the impact on online stores is evident?

It is definitely the right move by the government — a step forward in regulating counterfeit and forgery. Alibaba has now turned to the Chinese government to back its efforts in the fight against counterfeit sellers. Everything that’s new has to go through a period of transition that concerns legality issues and civil restrictions. That’s just a natural process. If you look at Airbnb, it’s the same thing — it struggles with law enforcement on both a state and national level. Different regions have different expectations and limitations, and there will always be individuals who find loopholes. As a government agency, it is its obligation and duty to stricken regulations of things going out of control and put itself in the best interest of its citizens.

Small businesses have fewer resources to implement the site development, training and business model adaptations required to be compliant in the new regime. The new law also creates a higher cost of entry, which may dissuade some small players from entering the e-commerce market. How can the government help the growth of small e-commerce operators in this market?

For the time being, I don’t know if there’s anything concrete the government is doing to help the growth of small e-commerce operators. There are indeed a few compensations already that reward small business owners who are just starting out on their careers. JD and Taobao both have initiatives that support smaller vendors with discounted prices on training and certifications, with the hope that they will become more reliant on the bigger platforms once they’ve overcome the initial stage of difficulties. 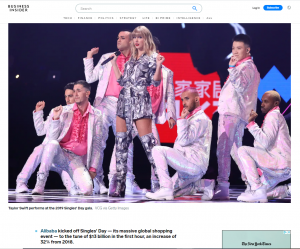 Singles Day has established itself as a game-changing consumer event, garnering coverage from news outlets worldwide. Business Insider was one of many American publications that reported on the Singles’ Day opening gala, which featured Taylor Swift.

How and why does Singles Day have a different scale of impact online compared to the traditional brick-and-mortar stores? How have other formal or informal holidays affected online shopping sales? And how did this become a phenomenon?

The price does drop significantly on Singles Day. I remember the iPhone dropped from 8000 yuan to 6000. There is serious competition among platforms. People are all greedy by nature and the sellers definitely take advantage of that. A big part of the increase in online shopping in China came from consumers living outside of China’s big cities. There are now 28 million workers in rural areas employed by e-commerce businesses, which likely reflects the big expansion of warehouses and smaller pickup facilities by Alibaba and JD.com as they compete to provide fast delivery of online orders even to remote areas of China. Some other similar online shopping fiestas include Double 12 (12/12), China’s National Day (10/1), New Year’s (1/1), the Spring Festival (February) and Chinese Valentine’s Day (August).

The follower behavior is definitely apparent, but I think it’s applicable to many societies. Celebrity or influencer obsession can be spotted in American culture as well with the Bachelor and Keeping Up with the Kardashians. Older generations do tend to make more logical purchasing decisions, as there are fewer things they don’t already have. They are more conscious about money and less likely to be persuaded into impulsive purchase. I think the game-changer here is more on the convenience side of online shopping. Using myself as an example — as a male baby boomer, I used to never care about shopping in general, not to mention making online purchases. However, as everything becomes more digitized and data less private, my browsing history is all tracked by Google Analytics and sold to online retailers. I make at least 4-5 transactions online now on a daily basis, whether it is for grocery or household electronics. Online ads feed me exactly what I want in a way that nudges me into buying things I used to be too lazy to go out of my way to purchase. Now all I need to do is a few clicks.

Do you know of any existing technologies that comply with Jack Ma’s ideology of the ‘new retail’ movement? (‘Five New’ strategy – comprised of New Retail, New Finance, New Manufacturing, New Technology and New Energy). Who do you think will benefit the most? What do you think motivates Jack Ma to propose to launch the movement?

I can understand his logic behind it. Information technology, data technology, AI and 5G will cumulatively change the way we perceive, create, communicate and transact. When the five strategies are mature enough to advance and integrate, new modes of production, business structure and retail methods will eventually emerge.