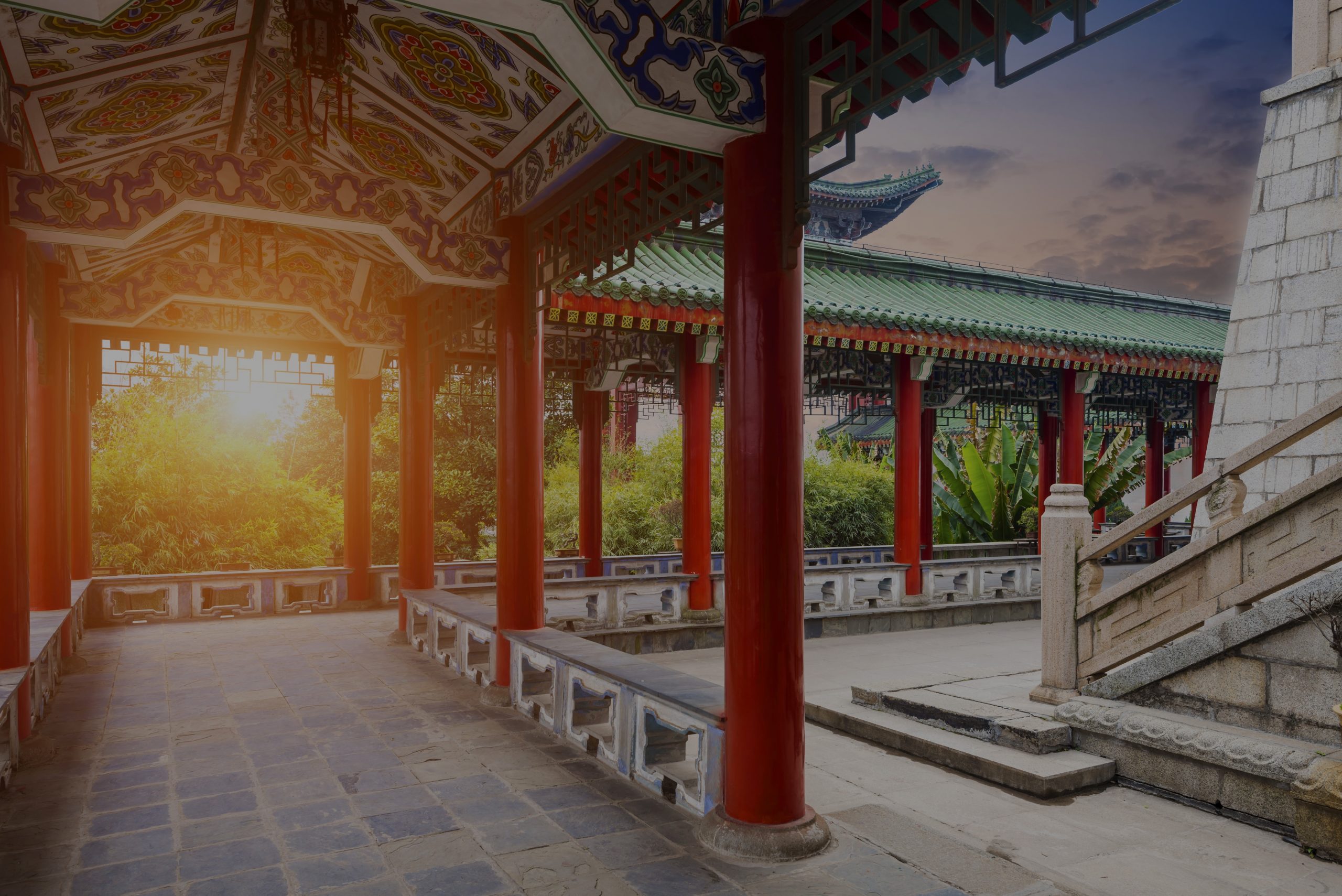 Zhen Huan Zhuan（甄嬛傳）, or Empresses in the Palace, is a 2011 historical drama adapted from an online romance novel. Its title, Zhen Huan Zhuan, is the subject of the story’s focus: the life of the royal concubine Zhen Huan. Since its first appearance, it has been rewatched by its fans. Capitalizing on this popularity, streaming service Netflix released a shortened/adapted version of the show for Western audiences in 2015.

The Netflix adaptation changed the original 76 episodes, 45 minutes each, into 6 episodes, 90 minutes each and did not acquire the popularity of its original. In fact, it received criticism from Chinese viewers about eliminating the details from the original: what gave the series its charm. Now, Netflix has stopped offering the adaptation of Zhen Huan Zhuan, and Letv.com has uploaded the 76 original episodes on Youtube. 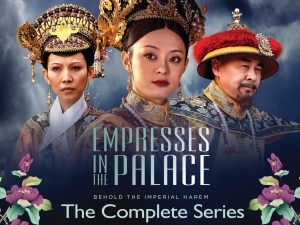 To look into this controversy, US-China Today interviewed Professor Wanlin Li, who is an associate professor at the School of Foreign Languages of Peking University. Her research focuses on 19th century American Literature, Gothic literature, narratology, and cinematic adaptations. In 2022, she published a paper examining the cultural intricacies of adapting Zhen Huan Zhuan.

First let’s discuss the cultural difference behind direct and indirect language behind the failure of the Netflix [TV series] Zhen Huan Zhuan. Do you think there is a possibility for audiences from Western tradition, known to favor direct language, to understand and even appreciate the literary and more implicit speech of Zhen Huan Zhuan?

I think I’m a little reluctant to call the adaptation of Zhen Huan Zhuan a failure. Even though it was not the same success on Netflix as it was in China, I think it is still a worthy attempt in terms of finding out some of the possible ways in which the Chinese TV genre could be adapted for a trans-cultural audience, or for potential Western audiences. … But I have to admit that some elements in the original show present challenges for both the producers and the viewers to understand and to appreciate what is going on in the drama. Indirect form of expression or indirect way of communication is just one of them. I do not think that Western audience[s] or viewers necessarily cannot understand indirect expressions. Because I do think we have an innate ability to do that. We all have, regardless of our cultural backgrounds.

I have looked at YouTube, IMDB, and Amazon, where there are purchasers or customers of the TV show leaving comments. I assume, since they are commenting in English, that they are probably Anglophone viewers. I see from their comments that they actually can understand and appreciate the subtle way of expression, and also the literariness of Zhen Huan Zhuan’s language.

So, [there is] this kind of appreciation going on among Western audiences. It’s just [that] some familiarity with Chinese culture, the Chinese linguistic and literary tradition, and also some interest in domestic China in general can help with the understanding and appreciation. Because you can assume that someone who is interested in Chinese culture, who has some background knowledge of how Chinese people from this period of time have conversations with each other, would be better at understanding and appreciating the dialogue.

Zhen Huan Zhuan has many scenes where there was no speaking but just facial expressions. [Could audiences] interpret that as universal?

I think that is one of the places where the subtlety of the show finds expression, because [characters’] facial expression[s] conveys their attitude or their unexpressed opinion about what is just being expressed or verbally or what is said by their interlocutors. … But what I set out earlier was not just limited to nonverbal communication signs. There’s not just facial expressions that are universal, because Westerners do understand indirect languages. … It is just that their constant exposure to direct forms of expression makes a sudden transition to indirect form of expression difficult, or somewhat difficult, at least for them.

I think we all have that ability to understand something that’s subtle, as almost everything that is to express in a show has some degree of subtlety, and they all need to be decoded or need to be deciphered. I think that [it’s] just the density of the information there. [It’s] something that a non-Chinese viewer, or at least someone who’s not used to this form of expression, would find challenging [to interpret].

What is your opinion on the everlasting for Zhen Huan Zhuan 10 years after its premiere?

Not only [did] Zhen Huan Zhuan achieve immediate success after its first appearance back in 2011, the success actually lasted for many many years afterwards. … What has contributed to that lasting interest? I think there are a few things that we can think of. One is a seeming universal applicability. Because a lot of these scenes seem to be applicable to many different kinds of situations.

The way that people interact with each other in the show is interesting and distinct to have modern applications. What you’ve seen on the show is that people don’t stay friends or enemies forever. They form alliances or they drift apart from each other because of their changing circumstances. I think that is a very realistic portrayal of human relations, that dynamic way that people interact with each other. I think that [portrayal of relationships] can also find many different applications.

As to what really gives the show enduring vitality, it really is about their fans and also the creativity of their fans. They can adapt the show in all kinds of perceivable or inconceivable ways. They [re-create] parts of the show; they make short videos of scenes or shots from the show, they try to make it into a video game. So I’ve seen that kind of adaptation and I’ve also seen adaptations that have a lot of the original actors and actresses in the show.

All of these are fascinating ways in which they adapt to the show gives [it] enduring popularity. I think that’s why it has remained topical for so many years, some of the reasons at least.

Recently the HBO original series House of the Dragons attracted a global interest. Little Red Book people were discussing the [parallels between characters]. What are your thoughts on this phenomenon?

[As audiences,] we [often] draw parallels [to familiar concepts], and this is one of the important ways in which we assimilate a foreign cultural element or a foreign cultural product into our system of knowledge. … This is kind of universal because this is also our way of learning new things. … I’m not surprised by people’s practices when they try to draw parallels between these characters.

[You have mentioned that cultural elements may be familiar to] Asian audiences. But how can [such elements] make connections for Western audiences, if Netflix suddenly has the power to readapt Zhen Huan Zhuan?

Both the storyline and qualities of the characters [that they exhibit in events] … and also, you know, the visual aspects of the show, [these aspects] have appeal for Western audiences. … All of these women in Zhen Huan Zhuan [are] very strong and very opinionated women, and they have a clear sense of self that they’re also devoted to pursue.

So these kinds of female characters actually coincide to a great degree with the American or the Western conception of both what a strong woman should be [in regards to liberation and independence]. [These depictions of women] do hold up to Western viewers. I don’t think the difficulty lies in the fact that there’s nothing [in the story]  that can attract them [or that ] they can sympathize with, because I think there’s plenty there that they can sympathize with. … So, I do not have any straightforward advice for any future adapter of the show, if they want to make it more marketable in the US. Because I don’t think it’s something that can be accomplished overnight.

It seems that Netflix does have many Chinese TV shows available on their service. What do you think this might show about Netflix’s relationship with Chinese content? Do you think Chinese Netflix is actively attempting to draw Chinese audiences to their service?

Given how big the Chinese market is, I think it would almost absolutely be in [Netflix’s] best interest to draw [Chinese] audiences … but if you take the exchange rate in consideration, I think their pricing is still quite too steep for Chinese audiences, and I think we can subscribe to a local or a Chinese-based online TV platform for a much lower price. … I think [Chinese audiences] would probably opt for domestic products or domestic domestic platforms.

But I do think [Netflix] attractive to overseas Chinese viewers because I have friends or friends all over the world not just in North America but also in Europe and Great Britain subscribing to Netflix out there. … They find the shows there are of good quality. So I think, from a market point of view, we can say that they would obviously want to attract a Chinese audience. [It’s just that their] Chinese audience would be more overseas-based, but still. There’s a great potential here for them to tap into.

Do you have anything else to add?

[The Netflix adaptation of Zhen Huan Zhuan] is a worthy experiment in terms of finding out how a Chinese drama might be adapted to a transcultural audience. … The producers [and] the creators [are] also testing the waters as they try to collaborate with each other. They try to cooperate with each other and bring out this adapted version of Zhen Huan Zhuan.

I think it is a landmark in Chinese TV history in the sense that, as far as my knowledge goes, this is the first show that actually made this entry into a mainstream American market that is being adopted by a mainstream online service provider/streaming service provider. … [We need to have adaptation attempts like this one] to increase [Western viewers’] appreciation or their understanding of Chinese culture.