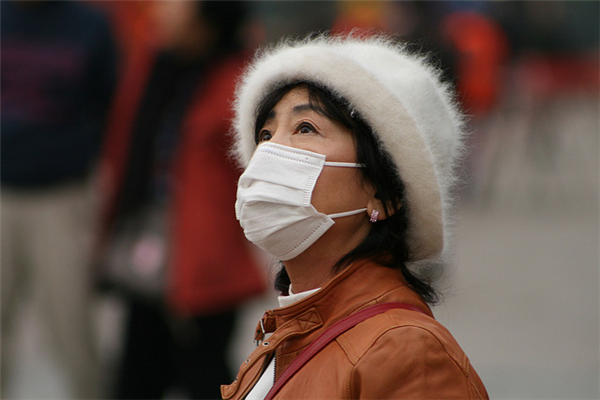 In the lead-up to the United Nations climate change conference we spoke to the director of the Center for International Environment & Resource Policy at Tufts University, Kelly Sims Gallagher, to see how best the U.S. and China can handle this existential threat.

During Chinese President Xi Jinping’s recent state visit to the U.S., energy policy took center stage as the world’s two biggest emitters of greenhouse gases outlined their shared desire for a global climate change agreement. Though the two countries might butt heads on economic and security issues, the agreement signals a new period of cooperation on climate issues. Kelly Sims Gallagher, director of The Fletcher Center for International Environment and Resource Policy and former senior policy advisor to the White House Office of Science and Technology Policy, is at the forefront of energy and climate issues affecting the U.S. and China. She is particularly interested in the role of policy in spurring the development and deployment of cleaner, more efficient energy technologies, domestically and internationally. US-China Today spoke with Gallagher about US-China climate policy and the most effective strategies for tackling this existential threat. 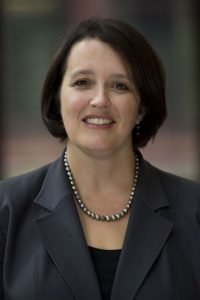 What sparked your initial interest in climate policy in China and the U.S.?

I think that I originally became interested in the climate change topic when I read Earth in the Balance by [former] Vice President Gore, and The End of Nature by Bill McKibben when I was in college in the early 1990s. Over time, I became more interested in the dynamic between the U.S. and China once I realized that these two countries were the most influential for global climate change due to their emission profiles.

Following President Obama and President Xi’s joint announcement on climate change during Xi’s state visit in September, do you expect both nations will achieve the proposed goals of cooperation and reduced emissions?

Yes, I think that both the United States and China are sincerely committed to reaching their goals, and both countries are on track to meet their goals for 2020. Of course there is more uncertainty for the later years, especially for China, because their commitment is for a later year, 2030 (the United States’ commitment is for 2025). So because that’s just simply a long time from now, it’s very hard to predict what will happen with economic growth and the impact of new policies that haven’t even been designed yet.

With the upcoming COP21, a United Nations conference on climate change to be held in Paris, what outcomes do you expect?

I expect that there will be an agreement coming out of Paris, and I think that it is in part due to the leadership shown by the United States and China. These countries came forward very early with their INDCs [Before COP21, countries have agreed to publicly outline what post-2020 climate actions they intend to take under a new international agreement, known as their Intended Nationally Determined Contributions (INDCs)]. Also, these two countries have been working constructively together in trying to reach consensus to resolve difficult issues for Paris as was made clear in the Joint Statement from the September 2015 Obama-Xi summit [Xi Jinping’s recent state visit to the United States].

In your article “What Makes U.S. Energy Consumers Tick,” you mentioned that every president since Richard Nixon has had a plan for changing the U.S. energy system but none of them have succeeded. Do you think President Obama has the opportunity and ability to change this?

Yes, I think that the Obama Administration’s Climate Action Plan was designed to fundamentally change U.S. energy policy without congressional legislation. The biggest obstacle to new legislation, or to a different energy policy, has been the lack of climate legislation in the U.S. Congress. The Obama Administration’s approach is to pursue climate policy through regulation, wherever the administration has Executive authority to do so. And I think that the combination of all of the promulgated rules, whether they are the appliance and industrial equipment efficiency standards issued by the Department of Energy, or the environmental regulations that have been set forth by the Environmental Protection Agency is that, taken together, they will cause a very significant shift to cleaner energy system in the United States.

Do you think China’s recent willingness to reduce coal consumption signals its interest in forgoing industrial ambitions in favor of clean energy? 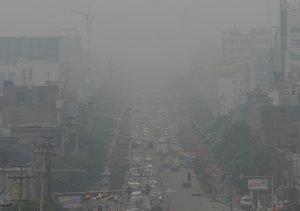 A picture of the pollution that chokes the city of Linfen in China. Courtesy of Flickr user Sheilaz413

In your book “Acting in Time on Climate Change” you mentioned the “US will almost certainly have to help China to reduce its emissions.” What forms of help or cooperation do you think are the most effective?

You know time has changed a lot already. I think the way I would state that today is that the United States and China can gain a lot through cooperation and the first way I see the cooperation being most effective is cooperation on energy-technology innovation. The two countries can share the cost of basic research, research and development, and demonstration, pre-commercial demonstration of technologies such as carbon capture and storage, where the cost is still relatively high but the potential benefit for both countries is also very high. And the other way that I see cooperation being very helpful is in the policy experimentation process. Currently both countries are pursuing very different policy pathways towards reducing emissions. China has its target allocation system and has announced it is going to do the national emissions trading system. And in the United States is pursuing a more regulatory approach. So there is a lot of learning that can be done between these two countries about which policies work, which don’t, and why.

In the same article you said that a tax scheme is the most predictable policy in reducing carbon emissions, but which policies do you think are most effective? Cap-and-trade, tax, or regulatory regime?

In the future, what do you see as the biggest challenges of climate policy makers or people hoping to reduce emissions?

I think the challenges are different in the two countries. In China, there are two challenges. One is to create the institutional architecture to run the national emissions trading system. And secondly complementary policies will be required to address the emissions from other sectors. There will need to be, I think, an improved system and enforcement to ensure that the targets are met. In the United States, I think the challenge is primarily a political challenge. What it would take to achieve congressional legislation?  It would be much easier for the United States to be able to reach its 2025 target if congressional legislation was passed because the executive branch only has regulatory authority over certain sectors from existing laws. So to get an economy-wide approach, congressional legislation is necessary.

The consumption of coal is a huge contributor to China’s total emissions profile. Photo courtesy of Gustavo M