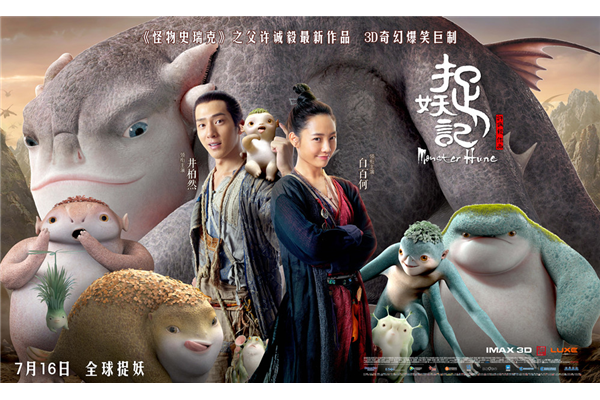 US-China Today chats with Robert Cain about Chinese ventures into the U.S. film market and factors behind why “Monster Hunt” was a flop stateside.

When the Chinese fantasy film “Monster Hunt” premiered in China last year, it captivated the imagination of movie-goers and dominated the domestic box office with $381 million in ticket sales. Yet the film’s run in the U.S. raked in a meager $21,074. As Chinese filmmakers search for a broader audience, they have continually struggled to translate mainland popularity to viewers abroad. While Hollywood dominates the global movie industry with its universal themes and big-budget effects, Chinese films face stricter government control and difficulties in integrating storytelling that appeals to all audiences. To better understand the barriers that the industry faces, as well as its potential to expand, US-China Today spoke with Robert Cain, president of the film production company Pacific Bridge Pictures and founder of ChinaFilmBiz, a blog exploring China’s film industry. 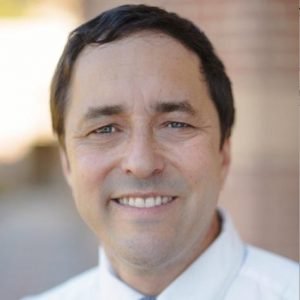 Recently the Chinese blockbuster “Monster Hunt” was released in the U.S. to a dismal opening. Why do Chinese films see less commercial success in the U.S. than American films in China?

I would say that most of the Chinese films produced in China are really made to the tastes of the Chinese audience. And of course they are in Chinese, which is already a barrier for American audiences. There is not much business for foreign language subtitled films here. However, there have also been some Chinese films that have done very well here.

Hollywood movies are very popular not only in China, but also in other parts of the world. To what do American films owe their popularity overseas?

We have a long history of Hollywood dominating the movie business around the world, and one of the major reasons is their ability to tell a good story. The writers understand how to use universal themes to tell stories in a way that attracts an audience around the world.

But not every Hollywood film does well. Some comedies and dramas do alright, but it’s mostly the blockbusters, the big budget effects, superhero movies, things like that.

Does this success speak to Hollywood’s hold on “soft power”?

I don’t think Hollywood really thinks about things that way–you know, soft power and cultural exports. I think they are mostly about entertaining audiences and making money. But China sees things very differently.

Chinese government officials tend to see a battle. I think Hollywood studios just see this as… You know, they [Hollywood] just want to make as much money as they can.

We can see that the Chinese film industry and Hollywood are starting to make films together. Who benefits in this kind of cooperation and why?

I think the reason that Chinese cinema and Hollywood come together to make movies is because they both see benefits for themselves. American companies are looking for markets where there is both growth and an opportunity to reach a lot of people. China definitely has that. And so Hollywood benefits by producing films that reach Chinese audiences. That’s a big benefit for them. On the other hand, Chinese companies can learn from companies about how to make big movies as well as about marketing and distribution. They also have the opportunity to make movies that will travel and meet audiences around the world.

How can the Chinese film industry educate overseas audiences in order to improve their commercial success and popularity?

I wouldn’t say that the Chinese film industry needs to educate their audiences; rather, they need to understand that entertainment is key. China needs to understand what foreign audiences are looking for when they go to the movies. Because of censorship and government controls, there are a lot of obstacles to making successful films in China. It is not easy to make movies. And I just read the other day that Feng Xiaogang was complaining that all the crew people of a movie he was working on were farmers who had no experience in lighting, makeup, or camerawork. I guess the producers were trying to save money or something. I’d say Hollywood could be better at making movies for China definitely, but if Chinese producers want to be successful around the world, we have to really understand what that means and what it takes and invest in that.

How does Hollywood view China as part of its global strategy?

On one hand, China is a very important market. Next year, it will be the biggest movie market in the world. But also, it is very frustrating that there are a lot of challenges to doing business there. It is a very difficult market with a lot of content and distribution restrictions, and getting a permit to make a movie there is really hard. So I think they have mixed views. It is very attractive, but very challenging, too.

I always encourage companies [in America] to do more in China, but I think that most companies don’t understand China very well, so they are also afraid of making mistakes. So they are not really investing that much.

As far as the content of Chinese films released overseas, do these films need to let go of Chinese characteristics in order to be culturally accepted?

Not necessarily. There was a period in the late 1990s and early 2000s where there were movies that were very Chinese with Chinese characteristics, but they were pretty successful around the world. Steven Chow made a few movies that were big around the world, especially Kong Fu Hustle. Zhang Yimou was making movies that were very well received around the world: Hero, Raise the Red Lantern. They weren’t really from China, but they had Chinese characteristics. Crouching Tiger, Hidden Dragon met with huge success here. So it’s possible, but I think they have to tell stories in a way that is going to work. It’s hard to write a good script and make it a good movie. But the basics are really simple: traditional three-act structure, pretty characters that are reliable and understandable, understanding what their goals are, and having empathy and follow the characters in the story. And I haven’t seen many writers in China who can do all of that.

I think writing education is important, even valuing good writing. There are good films being made there–I don’t mean to say there aren’t. But a lot of the movies are just very cynical. “Let’s get this star, let’s release on this day, and then we’ll get a script. We’ll figure that out.” They just want to make money. 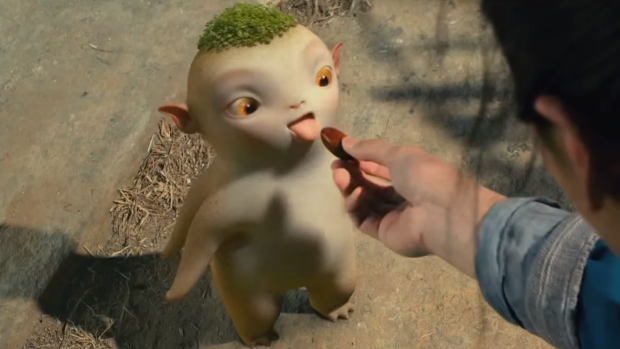 A character from the film Monster Hunt, Huba.

Are there any stereotypes that prevent Chinese films from being accepted by overseas audiences?

Generally, audiences around the world don’t see many movies with Chinese lead characters and actors, so maybe they are not used to it. I’m not sure about stereotypes though. A big obstacle here in the U.S. in getting people to see Chinese movies is that they have to read subtitles.

What are unique aspects of the Chinese film industry not available overseas?

Of course there are online novels and a lot of literature that are being adapted into Chinese movies. I think that’s more common there. Social media is also important everywhere, especially in China, for building an audience, getting word out, and making people aware and excited about the movies. I think China is ahead of a lot of other places.

What do you predict as far as future cooperation between Chinese and American film industries?

I hope there will be more cooperation. Both sides must be willing to learn from and understand each other better. I think there is kind of a certain arrogance in Hollywood about how things should be done and the right way to do them. In China, like they said, there are just so many rules that make it hard for foreigners to work with them. But hopefully there will be more attempts to meet in the middle.

Do you have any other thoughts about Chinese film industry?

I think it’s very exciting to see how it’s growing. I have made some movies there and look forward to doing more. You know, so much of that is political; so much is tied to the government, which I believe is really getting in the way of the entertainment industry. I don’t know if that’s going to change. But my hope is that we can encourage the government to allow more freedom for filmmakers. Because there is great talent and creativity there that’s just being suppressed.

Do you have any more suggestions for future Chinese filmmakers?

I think a lot of it is about finding great stories, so you’re in a school that’s really excellent in film, acting, and storytelling. If you can find a good script to produce in China, there’s a really great demand for that. I think that’s important to start a career and get on the path of success.