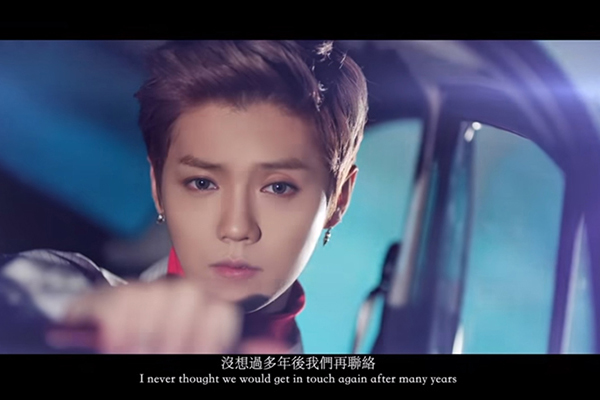 We spoke with Eric Priest, an expert in international copyright law, to understand the streaming market and current Chinese investment in domestic and international music.

In 2010, when iTunes was booming and Spotify was arriving on the scene, Chinese music listeners were buying ringtones. Ringtones at one time brought in more money than CD sales and streaming downloads. Today, according to Forbes, streaming dominates the market with 66% of the Chinese consumer base streaming music from one of their devices and spending on music at an all-time high last year with an average $86 per person annually. With such a dramatic change in the paid business model, companies and consumer bases in China are carefully navigating new territory and investors are being uncharacteristically apprehensive towards the change. While film and television have seen huge proposals from companies like the Wanda Group, music has been notably missing from the recent influx of investment. As streaming becomes one of the top ways for people to access music in China, China’s consumer market for music is projected to grow exponentially in the next couple of years. To understand the streaming market and current Chinese investment in domestic and international music, we spoke to Eric Priest, an associate professor at the University of Oregon’s School of Law who specializes in copyright law in creative industry ecosystems in the U.S. and China. 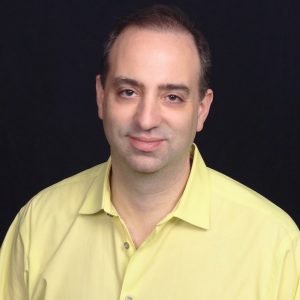 There has been a little bit of a difference in terms of type of investment and amount of investment in the different types of entertainment (film, television, music, media) from Chinese investors. Why do you think there are these differences in investment between the U.S. music and film industries?

I think your question assumes in it that the film industry is getting more investment than the music industry, and that’s true. I think the biggest reason for that comes down to money. The film industry, especially in China, is just much bigger in orders of magnitude than the music industry. And the main reason for that is that it’s easier to charge audiences to view film than it is to charge them to listen to music…

In this day and age, you have to essentially hope. It’s basically an honor system that people will pay for music because pirated music or unlicensed music coming from unauthorized sources is so prevalent that it’s just very difficult to demonstrate to consumers the value of paying for music. So you’ll have a lot of Chinese consumers who say “I’ll never pay for music. Music is free. It has been free all of my life. And so I won’t pay for it.” Especially for younger consumers.

Do you think that the cultural implication that you were talking about with Chinese consumers not necessarily wanting to pay for music was a chicken and egg situation with the intellectual property of music not being as strict as it is in the United States?

There’s no question that music has always been a challenging business in China in terms of recorded music. It’s been that way since I got my first experience there in the late 1990s working with a record company called Rock Records. They had tremendous difficulty monetizing their content even though they were a successful label as a Taiwanese label and the most successful label in Mainland China at the time. So that was in a physical era, and even going back to that period you had very weak copyright protection in the music industry.

But you also had very weak copyright protection in the film industry. So the film industry in China, in as recently as 2005, was about a $300 million industry. It’s now 20 times that. And that really has to do with the change — not so much in the law, or even in consumer norms — but the change in business models. The fact that you really have so many new movie theaters being built recently and not in just first tier cities anymore. In third or fourth tier cities you have mega movie-plexes and people are willing to go for the experience and to pay in an air conditioned theater and watch a 3D movie and that sort of thing.

Recorded music just hasn’t had that kind of business model renaissance to really push it forward. The closest that it has really gotten is attempts to develop successful music streaming services. Those are a hard sell, even in the United States. So you look at the big music streaming services like Spotify and their competitors and they aren’t that profitable. It’s even much less so in China. The copyright laws are weakly enforced and therefore the prevalence of illegal alternatives or pirate alternatives makes it difficult to establish a legitimate streaming service. It is starting to change a little bit, but it’s still a very challenging business model.

Most of the Chinese investment in foreign music industries has been to Japan, South Korea and the U.S. How do you think that in the next 5-10 years, the level of investment towards those countries is going to change?

I actually think it’s going to increase. And it’s hard to say by how much, but I think it’s going to increase. I think that the reality is Chinese investment companies [and]wealthy Chinese firms have a lot of money that they need to invest in properties and they are trying to expatriate a lot of that money in growth industries. And so, they are looking for growth industries. I think that as the market settles down in China, now you’ve got these big online intermediaries that are kind of playing the copyright police role, which is something that is quite new, in the music industry, in the past three years or so. If they can get that market to develop, with the help of those online intermediaries, then there will start to look like a market where there could be some returns.

Now you are starting to see streaming services like Spotify aren’t profitable yet, but they are still growing. And if they continue to grow, and I think they will because more and more people are becoming interested in this streaming model, that’s going to look like a growth industry. Investors are always looking for an opportunity to get in right before the growth of an industry really takes off and I think that music is one place where people can see that might happen. You could argue that that ship has already sailed with the film industry. So if they are looking to invest in intangible property… I think you will start to see more investment in US intellectual properties and US entertainment properties. 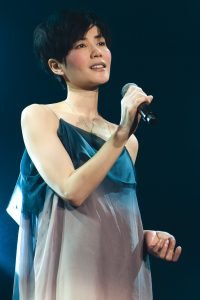 For Hong Kong and Taiwan, I’m curious to hear about the intellectual property regulations and the music industries there and if you think that one area (between HK, Taiwan, and Mainland China) is a little bit more favorable for investors based off their legal systems and business models?

I should start by saying that the issues that affect the Chinese music industry affect the music industry globally. So it’s all really a question of degree. It’s not like China is a kind of den of copyright issues where the US is the pentagon of copyright virtue. The US music industry has been dealing with all the same issues that the Chinese music industry is dealing with, especially within the post-Napster internet era. But having said that, there’s no question that in terms of intellectual property protection, both Hong Kong and Taiwan have been better in terms of being a market in which you can invest in creative productions and try to get a recoupment on that investment.

Do you think that there are going to be opportunities for growth in terms of collaborations between different artists of different countries, similarly to how firms have done in the film industry?

I think so, definitely. I think for many Chinese artists, they would love to collaborate with foreign artists, and that would include US artists, Korean artists, and Japanese artists. In fact you do see a lot of blending of artist nationalities in, for example, Kpop bands. They will have Kpop bands that are now half ethnic Chinese and half ethnic Korean and that sort of thing, all meant to appeal to the Chinese market. You get this kind of blending going on for commercial reasons already. But also for artistic reasons, absolutely. And you are really going to see interest going the other way as well. I just mentioned Chinese artists wanting to work with foreign artists, but you’re going to see that happen in the other direction as well.

Foreign artists are very interested in the Chinese market. I should also say that none of this is really new either. There’s been collaboration going on for decades, if you look at Faye Wong and well-known Chinese artists like that — Wong would cover songs by the Cranberries on her Chinese albums. There were cross cultural collaborations going on all the way back to the 80s and the early 90s with Chinese artists. Now most of those were not mainland Chinese artists, they were Taiwanese or Hong Kong artists. But I think there has always been a strong interest in that kind of cross pollination of music cultures.