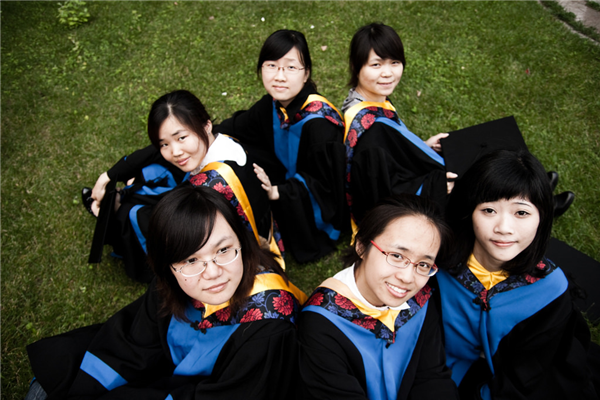 Dr. Pan of the Education University of Hong Kong discusses the impact of China’s push to retain its overseas-educated talent and grapple with education inequality.

Li Wang, a second-year USC masters student from China, was awarded a full-tuition scholarship from the Chinese government in 2016. Part of the rules for accepting a CSC award is to return to China for at least two years after finishing one’s masters — Li doesn’t think it’s a bad deal since there are more reasons to stay in China now. “China is full of opportunities. The overseas education gives me advantages in the job market over domestically trained graduates.” The scholarship serves as one method the CCP is using to retain its international scholars. Meanwhile, dozens of other programs are in operation to keep the country’s top talents at home and attract brilliant minds from around the world to China. Since China began allowing its students to pursue their education overseas, China has also faced “brain drain” or highly-trained people choosing work outside of their country of origin. On the subject of international education US-China Today spoke with Dr. Suyan Pan, associate professor at the Education University of Hong Kong, to discuss the impact of China’s push to retain its overseas-educated talent and grapple with education inequality. 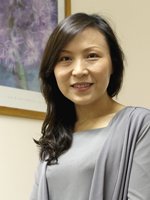 Many scholars believe that overseas returnees have significant advantages over China-educated talent when it comes to contributing to China’s development. Are there any important personal characteristics or core competencies of returnees that make them leaders in different fields?

I think it depends; there is no research that says returnees may have any advantages or disadvantages. I think it mainly depends on the year of return, the subject area they have, the qualifications and then the working experience they have. And mainly, whether they are able fit into China’s broader society. In China, the purpose of education is for the national development project. But another concern is for human development or an individual’s opportunity to better lives. For returnees coming back to China, whether they have better job opportunities mainly depends on whether their qualifications fit into the state’s project. It is the state that sponsors the largest projects that would have high demand for overseas educated personnel. For example, now around 70% of the state-sponsored projects have hired overseas-trained personnel.

In your paper “Contribution to Academic Leadership,” you argue that overseas returnees are significantly overrepresented in China’s academic leadership, occupying 78% of university president roles. With the development of globally recognized Chinese universities such as Tsinghua, Peking and Fudan universities, is the prestige of global scholars challenged by domestically educated graduates?

Those prestigious universities receive state grants so that they have more financial resources to hire returnees. The implication is a kind of inequality. For specific subject areas, overseas graduates get more opportunities for research grants, publications and networking with overseas connections. They then get more chances to receive students — both local and international. For example, in science, tech, economics and management, these areas have better connections with the overseas network. For subject areas such as social sciences, history, and philosophy, the locally-trained Chinese contribute to their development, but these areas are not financially rich. This has been a major stratification in Chinese universities. Some subject areas are more developed, and other subject areas in the liberal arts are less developed, and even in decline.

You have mentioned the difficulty that foreign-educated returnees have in adjusting to the connection-based advancement system in China. How do most returnees attempt to overcome this challenge, such as adapting themselves and/or their environment?

Returnees have a disadvantage in local connections but more of an advantage in international connections. For those who work in science parks, most of them started their businesses by themselves and then most of them returned to China when they were young. They have connections overseas, and so it would be easier for them to transfer their research output from overseas to China and then commercialize and transfer that into products that fit into the Chinese market. This is not necessarily innovative technology overseas, but when they transfer that to China, it is new to China.

Brain Drain is often mentioned in the context of “worldwide educational inequality.” If China continues its program to encourage the return of foreign talent, to what extent does this affect the opportunities of domestic graduates and local students who may not have access to international education?

China is the largest or second largest exporter of international students. We can see that over the years the number of students going overseas is increasing. The majority of them receive domestic higher education, and after they graduate they work for the domestic enterprises. Employment nowadays is a big program and the government encourages graduates to start their own businesses. This is the problem that the Chinese higher education or the international higher education faces when moving from elite education to general education.

Are there barriers to entry for domestic students to go abroad? Do you think that fits into education inequality?

It is reinforced that educational inequality exists all the time. Over the years we found that education has reinforced social inequality. And educational inequality reinforces itself as well. Those who have better social capital, family and culture capital get a better education, within China or overseas. Or those from poor families, migrant worker children, they have less opportunities to get admitted by better or prestigious universities, not to mention overseas universities. Nowadays we find that students who receive an overseas education and prefer to come back to China are from rich families.

To what degree have returnees impacted or created the contemporary best practices, social habits, industry culture and structures in the fields they enter?

Well you can see that there is direct impact. For example, a lot of students who receive their overseas education receive their education in the area of management, and they contribute to Chinese universities by developing their MBAs or eMBAs, thus developing the management education, culture, and service in China. There is also an indirect impact. For example, when you try to follow the protocol of an international science publication, then you expect to find a more scientific approach to research. This is a good way to pursue the truth. In this way the returnees will have a positive impact on China’s academic culture, management education, and surface culture at large in society. Another kind of influence is the social culture, the public area, and the public life. This has changed a little bit, especially in the prestigious universities that pick up more returnees from overseas. The campus culture is more internationalized and there is more respect for individuality and domestic decision making.

Do you believe it is most appropriate to describe China’s flow of international talent today as brain gain, drain, or circulation? If this is a trend, where do you see this going in the future?

In the past, in the late 1990s, about 70% stayed overseas. This is the pattern we saw when China was suffering from brain drain. But now we find that brain gain has occurred with the Chinese government’s encouraging policies. Only in recent years was brain circulation noticed, and in the future, I expect that brain circulation will continue and be more frequent. This could be a trend because the physical location is not as important as in the past. Nowadays, university cooperation is mainly with those who left China for overseas training and established themselves overseas. But those who are established overseas may not physically return to China to work or return and then go. It is a short-term exchange without physical return, and there may be cooperation through the cyber world.

So far we’ve focused on the Chinese returnees, but what are the trends observed with foreign talent, such as Korean students or American students. Have you observed a typical trend regarding the movement of foreign students from foreign countries?

Yes, China is providing government sponsorships to categorized third world countries in Africa and other Asian countries to promote inflows of talent. Those are the countries that rely on Chinese universities to train their personnel. In a way China has developed a friendship with these countries, because those students who have received the government sponsorship are elite and expected to take a leadership role when they return to their home country. The less developed countries treat China as the host country to raise up their future leaders, and China will expect those who get their education in China to become their friends and cooperators after they return to their home countries. So brain circulation occurs often between China and less developed countries, and between China and more developed countries as well. So that’s what I mentioned about the “One Belt, One Road” project China is constructing. China is taking on a leadership role, providing scholarships for students to join the academic exchange in countries that participate in “One Belt, One Road.” If you look at the role of higher education in China, it is always instrumental to academic exchange and makes use of academic exchange as part of Chinese economic development and international relations development.