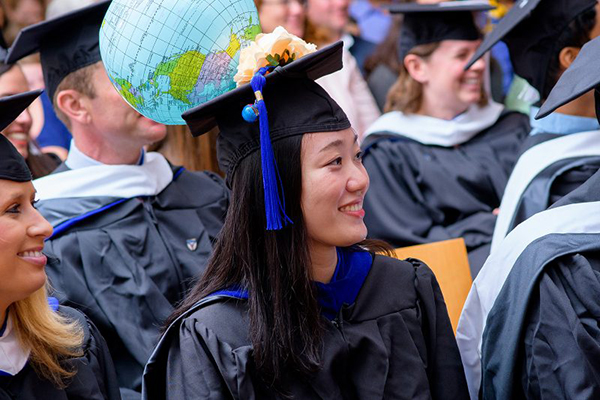 Xuesong Han shares her research on the mental health of Chinese international students and her personal experience struggling with mental health. 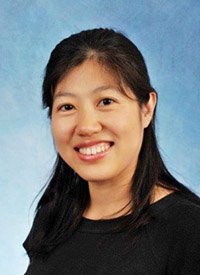 First of all, most of the Chinese international students at Yale are graduate students. Therefore from my perspective, if the composition of Chinese students at a university or a college is similar to that of Yale, my result in the report can be generalized to a broader extent. Besides that, I’ve read lots of other academic research on the topic of Chinese international students’ mental health, and there does seem to be a pretty big difference in data and results. My number for the rate of Chinese students with depression and anxiety is relatively high, and there are numbers smaller than mine, or larger than mine. So there might be factors like locations and universities that affect the result.

What motivated you to start researching the mental health of Chinese international students at Yale?

I wrote the report simply because of my personal experience at Yale. When I first came to Yale, I suffered from mild depression. At first I thought it was just me, but later on when I talked with my Chinese friends, I found it normal that nearly everyone had similar feelings of depression. I majored in Public Health at that time, and I was sitting in on a mental health course that introduced depression as a mental health problem, so I talked a lot with the professor of that course. The second author of the report is Xuemei Han, my sister who also studied at Yale, and the third author, Qianlai Luo, is my best friend. We had many conversations about mental health issues at Yale at that time, and we made the questionnaire for Chinese international students together. My professors at that time also offered a lot of help because I was not an expert in mental health.

In your research, you mentioned that Chinese international students underutilize the counseling services, and some of the students don’t even realize that such services exist. What do you think contributed to such a phenomenon?

In your research paper, you mentioned some possible cultural factors that may cause Chinese students’ mental problems, such as parents’ high expectations and the one-child policy. Are these observations about cultural factors from your personal experience, or from surveys/statistics?

At first I had these assumptions based on my personal experience and my observations of my friends. About 80 to 90% of Chinese people my age, or even of your age, are the only child of their family, and therefore the biggest stressor comes from family, from childhood to adulthood. Later on, I did some research on the effect of the number of children in a family on children’s mental health. According to both western and eastern research, a lot of scholars say that siblings can buffer stress, which result in a better mental health condition. However, given China’s [one-child policy] situation, it’s different, and a lot of conclusions from different research are inconsistent. The single child policy in China makes the situation in China very complex. For example, the policy is very strictly enforced in cities, but is not regulated properly in rural areas, and thus the stress [that] the second children faces is different in the city versus in the countryside: the second child in cities will face more criticism from the public.

Do you have any insight into the communication between Chinese international students who suffer from mental problems and their parents?

Actually, the effectiveness of the conversation between children and parents depends a lot on the parents. Some children have a good relationship with their parents with effortless, consistent and harmonious communication with their parents all the time. In this case, parents can be a good choice when it comes to who to talk to in order to alleviate depression because parents are those who are most available to you. Personally, I feel that for people of my generation, there’s a difference between love and communication with parents. Communicating with parents is not that easy because they don’t experience the same thing that you do, which makes it hard for them to understand your situation. Such communication is inefficient and ineffective, and sometimes it even makes the parents depressed and anxious. From my perspective, the best way to deal with mental problems is to seek counseling with a professional psychologist. When I was at Yale, I used to use the counseling service there, but there’s a huge problem because there’s not a psychologist who could speak Chinese. My poor English made me depressed at that time, and when I sought help, I would still need to speak English to explain why I was depressed, and that’s pretty ridiculous. I was thinking how wonderful it would be if there was one psychologist who spoke Chinese.

Among all the approaches you suggested as possible ways to encourage Chinese international students to seek help, which one do you think will be the most effective and efficient, and why?

It would be best if each university can have at least one professional psychologist who can speak English and share Chinese background and culture. Contemporary psychological counseling services are very prevalent in China, and people have more access to professional treatment and mental health education. Therefore, it will be very effective if a Chinese student can receive a professional counseling service using their mother language. However, it won’t be easy to realize in reality because it’s hard to find a professional psychologist who has a Chinese background and is also fluent in Chinese to understand nuanced language. I myself was thinking why Yale couldn’t get such a psychologist for their Chinese students since Chinese students make up the largest proportion of their international students. I actually had a conversation with one of the managers of Yale’s counseling center, and his answer was simple: “because we couldn’t find one.”

Why are mental problems often underdiagnosed, and how does this differ in China from other countries?

Actually, underdiagnosis of depression and anxiety is not exceptional in China: it happens in the western world as well, although there are more cases in China. There is research from the west to prove that physical health and mental health are correlated, and it’s pretty reasonable because people in a bad physical health condition often suffer from pain, such as delivery of a baby, and the pain is an important factor of depression. However, there’s a distinct pattern in China that was once reported: Chinese don’t normally have the understanding of the concept of mental health, and once they have a mental problem, the symptoms are reflected physically, such as headaches. These symptoms don’t look like mental problems, but they are. Therefore, if you have a lasting headache but cannot tell the reason, I suggest that you go take a brain screening to check if there’s a mental health problem.

One interesting thing mentioned in your research is the composition of the Yale Chinese international student population. Of all the Chinese international students at Yale, only 7.1% were from the rural villages in contrast to the fact that about half of China’s total population lives in rural areas. Do you think that these students from rural villages might suffer from more severe pressure than those from metropolitan cities?

I do think it’s highly possible that students from rural villages will suffer more than those from cities because students from rural areas will have the burden of much more pressure, and they are less knowledgeable about coping strategies. There are lots of coping strategies including going to the gym, talking with friends, playing sports, playing instruments, singing and dancing, etc., and because children from rural areas have much fewer opportunities to be educated on such strategies, they aren’t as prepared to face pressure. Beyond that, there’s an essential difference between children from villages and those from cities in terms of knowledge on mental health, which reflects the inequality in China between rural and urban areas. My statistics can’t really tell if there’s a difference, and even if it does, there’s a bias because firstly, there are few Chinese international students that come from villages. Also, students from the countryside must be extremely outstanding to get offers to Yale, and in this case, these kids maybe are more intelligent, and they may have a much better ability to work under pressure.

If you’re comfortable with sharing, would you like to speak about your personal experience as an international student in the U.S., and how you coped with stress?

What I did to counter depression is very similar to what I suggested in my research paper, which are very typical coping strategies. When I first came to Yale, it was hard for me to communicate in English, and I faced large academic pressure because I couldn’t understand what the professor was talking about in class, not to mention the group projects that required cooperation and communication with American students. I went to mental health counseling before, but it didn’t work out really well, and therefore I began doing sports and finding anything I’m interested in doing. I started going to church because I found it helpful to my entire life when I had a belief in my heart, and it made me stronger. Except the ritual experiences, personally one of the most effective strategies [to cope with depression] was to go over my life in the third person. I made a list of all the things I needed to finish, which were the stressors. I marked these based on priority, and I started to learn how to give up things with the least priority. For me, this made me worry less so that I could focus on things with high priority. Beyond that, the process of doing this research was actually a good way to counter depression because it helped me to understand myself better, understand my friends better and understand the problem better.