California-China Collaboration in the Battle against Climate Change: Q&A with Fan Dai 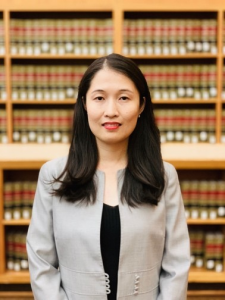 China has an enormous impact on global greenhouse gas emissions both at home and abroad. The government has heavily invested in renewable energy, but with a huge population and long-term reliance on coal, it is unrealistic to expect immediate shifts in industry structure or drastic reforms in energy supply. The technological gap between China’s current energy system and a sustainable future complicates China’s balance between domestic developments and international climate change responsibility. The high cost of adopting cleaner energy raises the dilemma of the environment versus the economy.

In 2016 China contributed 28% of global carbon dioxide emissions from energy use, while the US contributed 15%, according to the International Energy Agency’s 2018 report. Together, the two countries produced 43% of global emissions, and bear joint responsibility to do the most to address the problem.

In September of this year, UC Berkeley launched the California-China Climate Institute with Chinese officials and former governor Jerry Brown. Both under dire carbon emissions, California and China aim to advance joint research on zero-emission transportation through their unique collaboration, among other initiatives including the carbon tax, climate change resilience, and climate policies.

US-China Today spoke with Dr. Fan Dai on China’s role in international climate collaboration, as well as its current challenges and future of energy system reform. Appointed by Governor Edmund G. Brown Jr as Special Advisor on China, Dai chaired California’s China Interagency Working Group and acted as the state’s liaison on its critical economic and environmental initiatives on China. In 2017, the trip she organized for Governor Brown resulted in a successful meeting with President Xi Jinping and the commitment to establish the California-China Climate Institute.

China is simultaneously, and almost paradoxically, the world’s largest consumer of coal and the largest solar technology manufacturer. Optimally, China should phase out coal by 2040, which means its emissions need to peak imminently, and then decline rapidly. How do you think China can effectively balance its domestic development with international climate cooperation?

It’s very hard to predict whether or not China could accomplish this mission by a certain period of time. But China is trying very hard to reduce its emissions from industries and switch to cleaner transportation, and has also been working with California for a few years now to curb its carbon emissions and air pollutants in some of those big cities. I don’t think there is an exact timeline that we could benchmark whether or not China can meet its peaking goals. Given their current actions, China is clearly prioritizing trying to shift to a more sustainable path of development, especially in big cities.

That depends on your perspective. Some of the provinces and cities we’ve been working with [have actually reduced] carbon emission in the past few years. But if you look at China in general, it is building more coal power plants. I believe the country has approved more coal power plants last year compared to the years before and is also investing quite aggressively in renewables, especially solar and wind. China is number one in terms of capacity for wind power.

On one hand, China is trying to take more actions on developing its renewable energy, but on the other hand it looks like it’s been investing more in coal and other fossil fuel energy. If you view that from an environmental perspective, it is more sustainable and more long-term for China to switch away from coal and to more renewable sources. But in reality, it will take some time for them to adjust people’s lifestyles and address their need for energy, especially in some rural areas. I wouldn’t imagine that’s going to happen overnight.

China began construction of 28 GW of new coal-fired power capacity in 2018 after a previous construction ban was lifted, bringing its total coal capacity under construction to 235 GW. What’s your opinion on China’s long-time and somewhat inevitable reliance on coal energy? What are some potential and practical alternatives China can take?

Certain parts of China are quite dependent on coal: even though they are still trying to retire the coal power plants, they cannot do so. I want to use an example that our colleagues for Beijing Environmental Protection Bureau shared with us. A few years ago, Beijing retired one of the biggest steel facilities within the city, moving it outside of Beijing to Hebei. Statistically, the air pollution from Beijing actually dramatically decreased. But if you look at the surrounding Beijing area, including Hebei, their air pollution did not actually go down.

In my view, what we don’t want to see is China moving some of those coal power plants and heavy industry outside of China while investing in those industries overseas. But within China, between different regions, there have been some movements like that. So I think it’s very important that China, if it’s possible, come up with some national policies and national standards on energy efficiency for those heavy industries. If we have national standards and policies, it would help China as a whole to address this question.

In 2008, when investment in renewable energy by developed countries dropped, China’s investment grew 18 percent and reached $15.6 billion. However, China’s environmental sustainability index remains among the lowest in the world. Why do you think it’s still challenging for China to become more sustainable even if it has invested a lot of policy and economic effort?

That specific year, the Olympics were held in Beijing. China. China was probably hoping to demonstrate their determination to develop renewable energy: they put a lot of effort in investing in renewable energies that year, so the number you see in 2008 was  quite large. But the air quality actually went very bad after the Olympics in 2008. I think being consistent and having a very robust national plan will ensure a more consistent policy approach, which I believe is still missing and not quite clear at the national level, especially after the very controversial years of government subsidies to renewables, solar panel industries and others. I think China has not yet figured out a very clear path to achieve its renewable goals, although it’s been quite aggressive in investing in those industries.

You previously interned at China National Center for Climate Change Strategy and International Cooperation (NCSC), and just joined the California-China Climate Institute last month as its director. How does your unique experiences in climate change international cooperation in two of the prominent countries in this campaign shape your perspective on global climate policy collaboration?

Well, I only spent a couple months at China’s National Center for Climate Strategies. My observation there was China definitely has a very strong, capable team of national policymakers and climate leaders. China also has been very well connected to other jurisdictions of the world on sustainable development.

I also studied environment and climate policy in the US, and I think there is huge potential between the US and China, especially California and China, to work on this climate issue. Climate change is a global threat to human society, not something that only threatens the Chinese or the US communities. It’s a global challenge we are all facing together.

Especially given China’s capacity to scale up climate solutions, there is very big potential for collaboration, and it’s a large role for subnationals, given California’s success dealing with air pollution problems and addressing climate change. I think there is a natural need for China and California to work together on those common challenges. Each can learn from each other on policies, technical solutions and other mechanisms that could help make a difference.

Both California and China are focused on tightening emissions of pollutants from cars and trucks, and California has been a radical leader in many national emission standards. What are some of the lessons or experience you think China can learn from California regarding emissions?

At the institute, we are trying to really tap into the network here at the University of California and forge some joint research projects. There are certain areas of common interest, including transportation, carbon trade, carbon pricing mechanisms, climate resilience, adaptation and of course, China and its urbanization process. It’s very interesting to study how China is dealing with its land use problem and building climate-smart agriculture and forestry. We have  identified many topics for both sides to work together, exchange information and help each other forge greater actions on climate.

Fighting climate change is shifting from independent conversations within countries to an international collaborative effort. How do you picture China’s role and responsibility in this in the future?

We are very focused on subnational engagement, and from our experience working with Chinese subnationals, I believe China has attached great importance to the issue, but there’s a long way to go. China is prioritizing nature-based solutions and emphasizing younger generations’ roles in fighting climate change. They’re also recognizing the importance of energy transition and low-carbon transportation’s role in helping China achieve its climate goals set in its NDC (nationally determined contribution). China will hopefully take more aggressive action and set more aggressive goals in the future, and we’d love to work and collaborate with them in this process to achieve our aims sometime by mid-century.